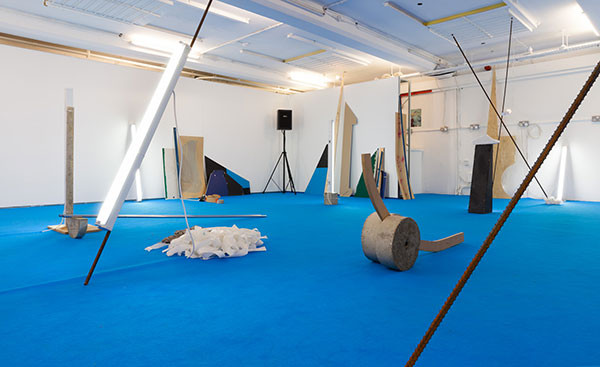 For week 26 at fig-2 Anne Hardy stages a landscape of free associations triggered by the sonic and sculptural components of the setting. Through transforming the premises into an environment of acousmatic sounds, Hardy brings forward an imagination driven encounter. The recordings, she has collected, cut and layered are results of physical and material processes that she engages with while producing work in her studio or installing work. Through merging accidental sounds such as the sound of wet cement being poured into a mould, wood being split, or metal reinforcing bar bouncing on the hard road as she carries it back from the builders yard to her studio with sounds with discarded parts of sculptural processes, Hardy instigates feelings of familiarity and unusualness, igniting illusory and at times descriptive images.

fig-2 would like to thank Flare Audio for their generous support.