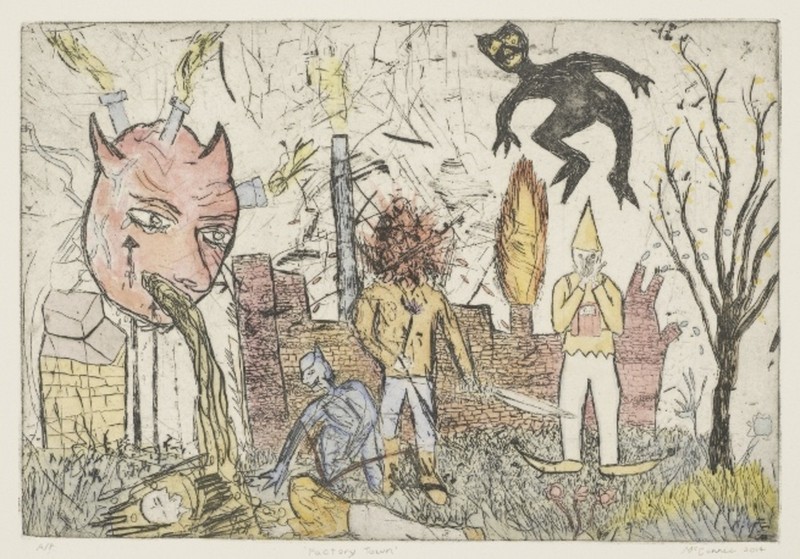 This year the themes of gender, labour, value and consumption are present in the final selection, as well as an interest in process, the act of making, materiality and modes of production.

Complementing this year’s annual national touring exhibition is a public programme of talks and live events that bring together differing viewpoints. The exhibition is also accompanied by a fully illustrated 105-page colour catalogue, available online, in venue and through Cornerhouse Distribution priced at £10.

Bloomberg New Contemporaries has been supported by Bloomberg Philanthropies since 2000. This year’s participants also benefit from access to a number of professional development opportunities intended to make their practice more sustainable in the long term. These include one-to-one and peer mentoring delivered in partnership with Artquest, a national network of studio bursaries, the shaping of elements of the public programme at the ICA and access to other partner projects such as STOP PLAY RECORD and The Syllabus.
www.ica.art