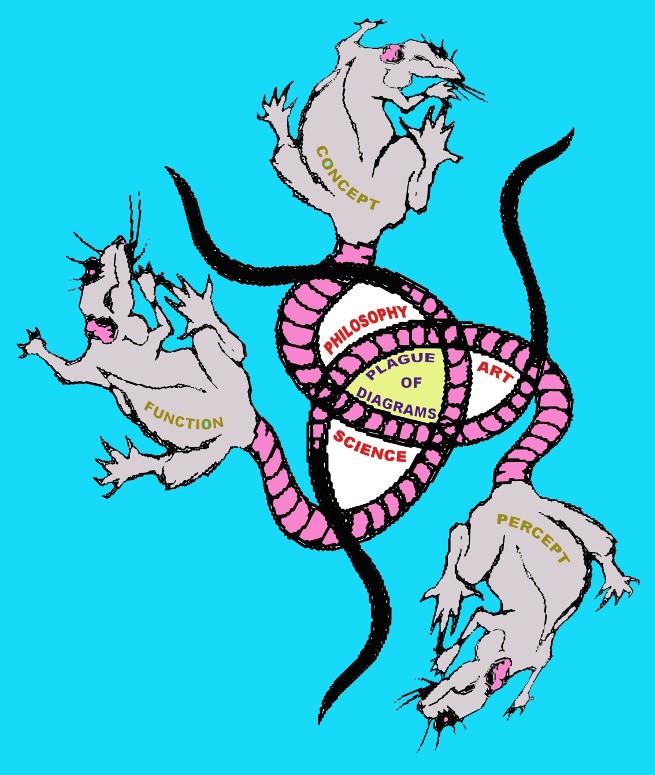 "The plague is met by order; its function is to sort out every possible confusion." Michel Foucault, Discipline & Punish

Plague of Diagrams is an exhibition and a programme of performances, talks and discussions concerning the relationships between diagrammatic practices and thought in different disciplines. In particular, the event explores the function and use of diagrams in art as expanded diagrammatic practice beyond the graphic presentation of information.

The event explores diagrams as actual/virtual machines that while taking material form and indexing existing relations and objects, point to other arrangements. As Gilles Châtelet declared, diagrams are gestures that invite other gestures. This is a vision of diagrams as abstract machines activated through performance or thought; a notion of diagrams as relays that connect or traverse different times and spaces. It is a conception of diagrams as critical and logical exploratory devices that, in presenting what is not apparent or visible—real abstractions, potential modes of being, hidden relations—paradoxically depend on the register of the imaginary and the inventive production of images, figures and gestures.

Since the Enlightenment, when diagrams facilitated scientific and statistical breakthroughs, to cybernetic research of the twentieth century, to the algorithmic devices that govern relations and economies today, diagrams have extended and organised human culture. The danger of this proliferation might be that, while diagrams are everywhere, they are often reductive rather than exploratory, acting as influential figures of control and efficiency and functioning to impose realities they claim merely to represent. In response, Plague of Diagrams addresses not just the critical and organisational functions of diagrams but the art of diagramming too.

Plague of Diagrams is organised by David Burrows and Dean Kenning in collaboration with Ami Clarke, Andrew Conio, John Cussans and David Osbaldeston. The collaboration has developed out of discussions and events staged by the Diagram Research Use and Generation Group (DRUGG).