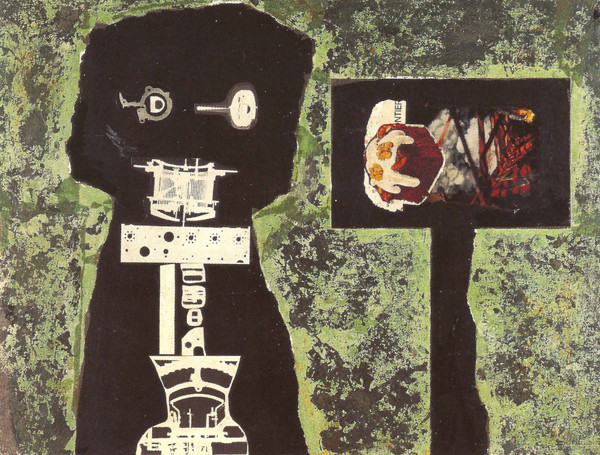 To coincide with the 60th anniversary of the ground-breaking exhibition Parallel of Life & Art, this exhibition presents original art works by the Independent Group.

The exhibitions organised by the group – Growth & Form; Tomorrow’s Furniture; Parallel of Life & Art; Man, Machine & Motion and sections of This is Tomorrow – were highly innovative, both in terms of layout and the range of objects displayed. Building on the ICA’s Surrealist legacy, the Independent Group shows introduced the new age of modernity and mass culture to the gallery space. Reflecting the Group’s collage mentality, new technology and high end design were juxtaposed with avant-garde art.

Unlike other London venues, "none provided a foyer, a hearth which the artists and his audience can gather in unanimity, in fellowship, in mutual understanding and inspiration", stated Herbert Read in the exhibition catalogue 40 Years of Modern Art. Even before the Group was assembled by Assistant Director Dorothy Morland, members gravitated to the ICA as the only place to see and discuss modern art and modern culture. Hamilton, Paolozzi and Turnbull exhibited at the Dover Street inaugural exhibition, 1950: Aspects of British Art and continued their involvement throughout the 1950s and 1960s, curating a wide range of public exhibitions and events, underpinned by clandestine discussions and gatherings.

The ICA exhibition will include paintings, drawings and photographs by John McHale, Magda Cordell, Nigel Henderson, Eduardo Paolozzi and Richard Hamilton, alongside related designed objects and ephemera from the Independent Group. Evoking the ICA’s original home in Dover Street in the 1950s, the exhibition will be designed to give viewers a sense of ‘The Home of the Avant Garde’ which first attracted this collection of creative practitioners.