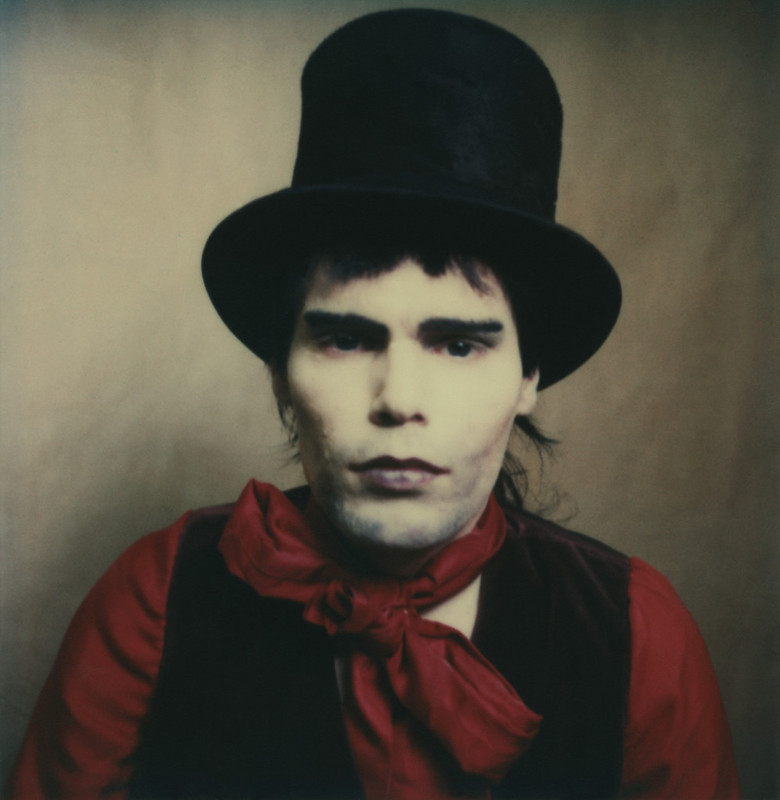 Thomas – 'RambaZamba' theatre group of the Sonnenuhr (Sundial) workshop for the mentally handicapped and others in the Kulturbrauerei in Berlin
Polaroids relating to Woyzeck(en), 1997
SIBYLLE BERGEMANN
Photographs
27 June - 27 July 2014

After two runs of the exhibition at the 'Akademie der Künste' in Berlin and the 'Museum für Photographie' in Braunschweig, the exhibition will now tour internationally on behalf of the Institute for Foreign Cultural Relations.

Bergemann’s work has to be seen within the social context of her time. Her pictures express a critical analysis of the reality during the times of the GDR. The photographer always understood photography not as mere depiction but rather as a medium through which she can shed light on the correlations of reality while constantly interpreting and commenting the circumstances. Thus, the peculiar details of her photographs become symbols that reflect subtle stories and nuances of their time, that play with the longing of the observer, who appears to be drawn into a thoughtful mood filled with eerie, dreamlike states-of-being while looking at her photographs. The complexity found in these photographs creates the unmistakable, personal style of the photographer.

Sibylle Bergemann's work is often serial, but the photographer has also been focusing on personal themes and photographic notes. From the 1960s onwards, fashion and portrait photography, being partially commissioned by 'SIBYLLE' and 'Geo' magazines, have become the two main subject matters for Bergemann.

'It seems like the photographer wants to produce something that is presently absent: sparse notes from proximity, searching for roots, results of a voyage into dreams.' Matthias Flügge, 2006

In addition, Bergemann has exhaustingly worked with the medium Polaroid. Working almost exclusively with b/w photography, Bergemann belongs meanwhile to a group of photographers who use color as a constitutive element in the construction of a meaning, and not as an illustration device.
www.ifa.de