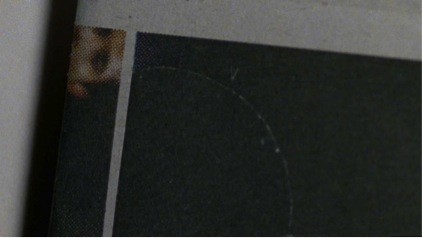 THE TIGER’S MIND: a film by BEATRICE GIBSON with Will Holder, Alex Waterman, Jesse Ash, Céline Condorelli and John Tilbury.

The Tiger's Mind (2012) is an abstract crime thriller set against the backdrop of a Brutalist villa. Six characters, the Tiger, the Mind, the Tree, the Wind, the Circle and a girl called Amy, (the set, the music, the sounds, the special effects, the director and narration respectively) battle one another for control of the film as it unfolds on screen. The film explores the relationships between these characters as they emerge and unfold: grappling, wrestling, and dreaming with one another.

The Tiger's Mind was developed as part of a longer-term publishing project initiated by typographer Holder and filmmaker Gibson with the intention of deploying British composer Cornelius Cardew’s 1967 musical score The Tiger’s Mind as a means for producing speech. Six practitioners from different fields were invited to participate in four week-long conversations, in which each adopted one of Cardew’s characters: Ash as 'Wind', Condorelli as 'Tiger', Gibson as 'Circle', Holder as 'Amy', Tilbury as 'Mind', and Waterman as 'Tree'. The fourth conversation saw the development of the film’s production. The final film presents a document of its own making in fictional form, extending narrative and character to the production process; Tiger's sets, Mind's music, Wind's effects, Tree's sounds, Amy's narration and Circle's direction all knock up against each other in a battle for primacy.

Extending the score beyond the film’s production to include exhibition and distribution, The Tiger's Mind is being re-iterated differently at three institutions: The Showroom, Index – The Swedish Contemporary Art Foundation and CAC Brétigny.

In the exhibition at Index, Ash (Wind) takes a more central role. The artist will stage a scene from his current film project Avoidance—Avoidance (A Project of Transparency), based on the film Dada, which was realised by Mary Ellen Bute in 1936 as part of a Universal Newsreel segment showing the filmmaker and her partner at work in their studio. Ash deploys Bute’s scene as a stage on which to present the developing narrative component of the project: two actors read a script as part of a series of readings set amongst formally-reduced models of stages for political speeches that compose a specifically constructed sculptural installation. In doing so, the exhibition presents itself as a conversation between Ash (Wind) and Gibson (Circle) that traces narrative territories, and in which objects and props stand in for speech.

The film was supported by Pavilion, Kunstverein, Amsterdam (with support from Straat van Sculpturen) and Künstlerhaus Stuttgart. The Tiger’s Mind is realised in the framework of COHAB, a two year project initiated by The Showroom, Casco – Office for Art, Design and Theory, Utrecht, and Tensta Konsthall, Stockholm, supported by a Cooperation Measures grant from the European Commission Culture 2007-2013.

The publication The Tiger's Mind, edited by Will Holder (Sternberg Press, 2012) accompanies the varying exhibitions.

The image of the tiger is inspired by the performance of Tarzan Noir, Marcello Maloberti, CAC Bretigny, October, 2011.

With thanks to Alan Sparrow and Moderna Museet as well as Kungsantik.
www.indexfoundation.se