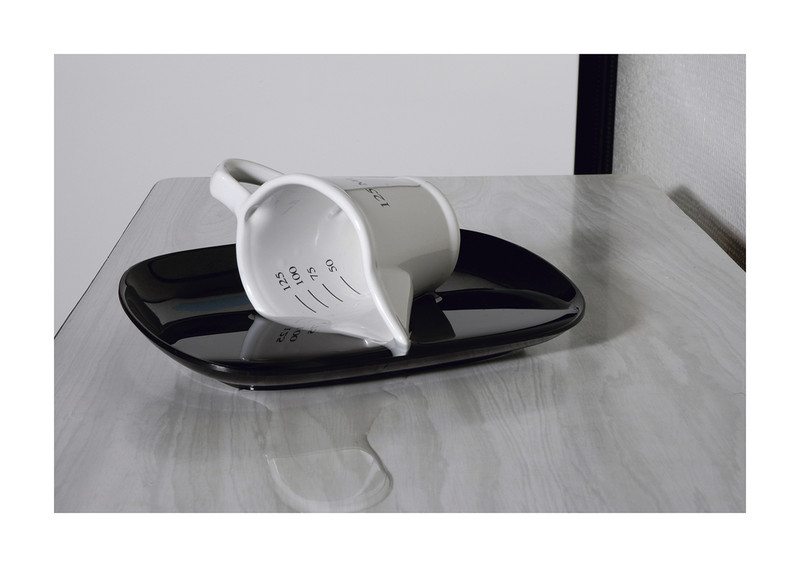 «Sensitive Times» will be Florence Paradeis' third exhibition at Galerie In Situ. For this occasion, she will present new works, including photographs, collages and videos. «Sensitive Times» is the French term used to differentiate between the overall feeling of given time and the time that passes.
«Sensitive Times» in the plural could be a way to reconnect with that distinction, in order to suggest the movement of our moods caught in the spokes of passing time.

The photographs collected here do not claim any objectivity whatsoever, nor are they about delivering any kind of message. They are all a staging of the instant when each sign appears as one of an imminent vacillation; which is also a way of refreshing the instant for each onlooker.
To that effect, faced the presence of people and things in balance within the framed space, we will find out nothing.
From this necessary nothing to the expression of the subjectivity of each.

The collages rather ignore these subtleties. They even go against the ‘real’ effect sought in many photographs, and scoff as much at appearances as they do any attempts at depth. They are raw, rude and a bit stupid as the images of the world from which they are directly extracted.

Finally, the video piece ‘The Cove (Creek)’ focuses on the reenactment of a passing of time, already inscribed in a time that has passed. The aquatic element imposes as motif and beyond that as a metaphor of vision. The seascape seems ideal for dissolving the real, distorting the view and providing a propitious time for the experience of memory. In search of the variations in movement of which we are made, the musical model here is an invaluable aid as are the codes and expectations of cinematographic, even romanesque narrative.
www.insituparis.fr