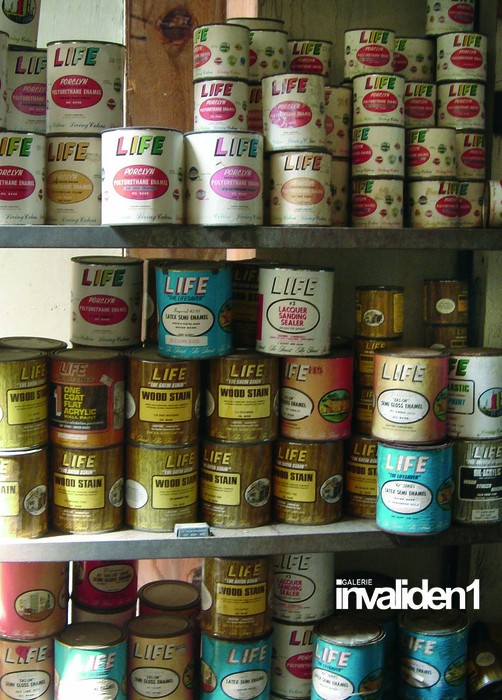 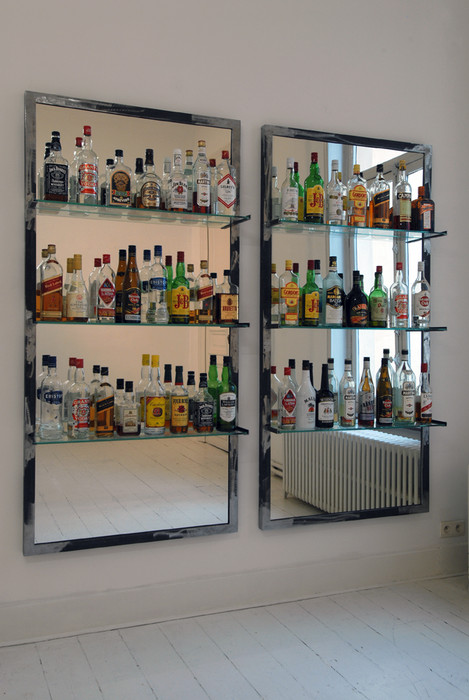 John Isaacs
THE SUPERNATURAL WORLD IN WHICH I AM PROFESSIONALLY INVOLVED

“I believe I dozed off leaning over the rail, till an abrupt burst of
yells, an overwhelming outbreak of a pent-up and mysterious frenzy, woke
me up in a bewildered wonder. It was cut short all at once, and the
low droning went on with an effect of audible and soothing silence. I
glanced casually into the little cabin. A light was burning within, but
Mr. Kurtz was not there.”

Joseph Conrad – The Heart of Darkness


Invaliden 1 is pleased to present a solo exhibition of new works by
John Isaacs. It is not necessary to categorise or define the work of
this mercurial British artist, than to say that, whether it is directly
in his titles, or in the physical manifestation of his work, Isaacs
presents to us a world vision full of both longing and intellect. His
work is infused not just with a romantic sense of a lost utopia, but
also the absurdity of it’s very inception. For Isaacs it is not the
things that separate us from one another but the things that we share
but somehow loose along the way which are of interest.

In 1998 Isaacs went to Padua to film a documentary about the 16th
century Anatomy Theatre in which Andrea Vesalius gave his first public
lectures on human anatomy. Upon arrival in Padua he discovered that all
the hotels were fully booked because of an international flower
convention. He was advised by one hotel manager to take the train out
of Padua to a smaller town near by called Albano Therme - where there
were many hotels, owing to it being a natural spa town. What Isaacs
discovered there was a town full of old people, soaking their weary
arthritic bodies in the sulphurous hot spring water by day, and dancing
in the evenings to old waltzes. The footage Isaacs took in Albano
Therme now features in this exhibition. A few years before visiting
Padua, Isaacs had made a trip to San Diego to film and interview
Professor Stanley Miller. In the 1950’s Miller had performed a
ground-breaking experiment which produced invitro the pre-biotic
environment of the earth millions of years before life existed. The
primordial soup, as it was called proved that the building blocks of
life – amino acids - could have been produced in the earths oceans
billions of years ago.

“The old people, sitting in the warm waters of Albano Therme, facing
death and looking back on their lives, are not sad, as time has
prepared them for this moment; their bodies physically wind down, slowly
and will join the earth. Sadness comes from being out of time and
place, out of step, alone, like the romantic image of the artist
looking on from the outside onto a world, which needs to be reshaped
into their mirror. That is an anguish without end.”

John Isaacs has exhibited extensively on an international level.
Exhibitions include - Wonderful Life, Lisson Gallery, London, 1993 -
Young British Artists IV, The Saatchi Gallery, London, 1996 -
Spectacular Bodies, The Hayward Gallery, London, 2000 - Century City,
Tate Modern, 2001 - Mike Kelly/The Uncanny, Tate Liverpool, 2004 - Les
Grande Spectacle, Museum der Moderne, Salzburg, 2004, and In the
darkest hour there maybe light, works from the Damien Hirst collection,
The Serpentine Gallery, London. He is currently working on an extensive
new book to be published by Other Criteria, London, and will this month
be exhibiting in group exhibitions at the Neues Museum, Bremen, and the
Folkwang Museum Essen.

For more information or images please contact the gallery.