Some Thoughts About Marks 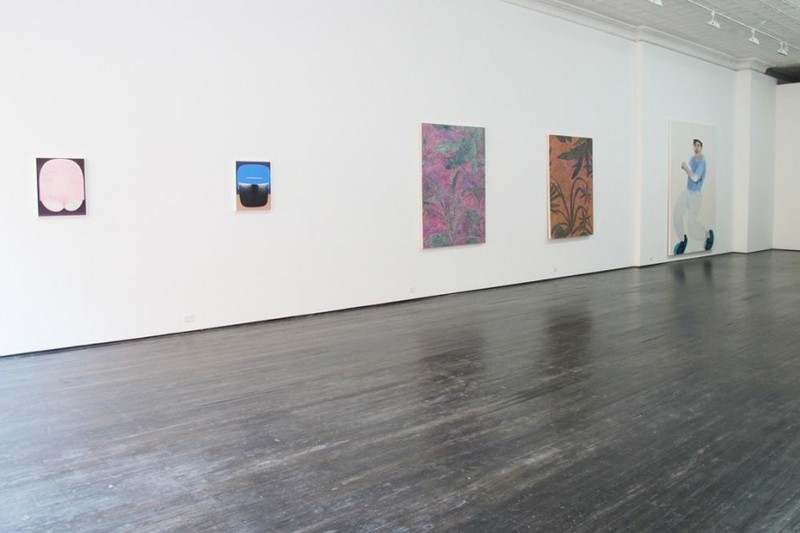 Jack Hanley Gallery is very pleased to announce Some Thoughts About Marks, a group exhibition featuring the work of five young painters working in New York and Los Angeles.

Theodora Allen, born 1985, lives and works in Los Angeles. She received an MFA in Painting from UCLA in the spring of 2014, and a BFA from Art Center College of Design in Pasadena, CA in 2009. In the summer of 2011 she was in residence at the Skowhegan School of Painting and Sculpture in Maine.

In addition to his current solo show at White Columns, Daniel Heidkamp has his work in an exhibition this summer at Zach Feuer in New York. His work was the subject of a solo exhibition at New York’s Half Gallery in 2014 and was included in ‘Ticket To Reality’ at Marlborough Chelsea alongside works by Bob Thompson, Alice Neel and Henry Taylor.

Michael Hunter lives and works in Brooklyn. He received an MFA from Virginia Commonwealth University in 2014 and a BFA from the School of the Art Institute of Chicago in 2008.
Patrick Berran is a painter living and working in Brooklyn, NY. He graduated Virginia Commonwealth University with a BFA in painting and printmaking in 2002 and Hunter College's MFA program in 2006. In 2005 he received a GRAF Travel grant from Hunter College and completed a twoweek study in Berlin, Germany, under the artist Franz Ackermann. From 2004-2009 Patrick was the lead vocalist in the punk band ¡Apeshit!, touring internationally as well as the United States. ¡Apeshit! performed during the 2006 Whitney Biennial as part of Rirkrit Tiravanija's Peace Tower. Patrick has completed residencies at the Vermont Studio Center, the VCCA and Constance Saltonstall Foundation for the Arts. He has exhibited his work at numerous venues in NY and the US, most notably Playing Fields at Indiana University and Informal Relations at the Indianapolis Museum of Contemporary Art, Thomas Robertello Gallery in Chicago, Gavin Brown's Enterprise, White Columns, and South First in New York. In 2012 Patrick was named one of Modern Painters’ 100 artists to watch.

Lui Shtini was born in Kavaje, Albania, in 1978 and moved to the United States in 2000. He received his BFA from the Academy of Arts in Tirana, Albania 19962000. Shtini attended the Skowhegan School of Painting and Sculpture in 2007, and was the recipient of a 2010 NYFA Painting Fellowship. He has held solo exhibitions at Kate Werble Gallery, New York, and Van de Weghe Fine Art, New York.
www.jackhanley.com