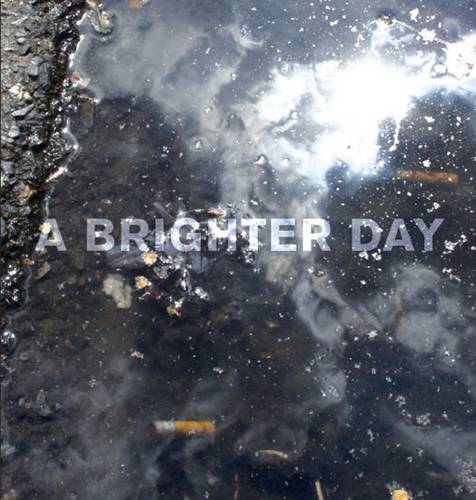 Cover of A Brighter Day catalog

It is a time of great paradox. Seemingly unabated affluence exists beside abject poverty . Globalism is a notion which is used when it suits the interests of the Capitalist but generally given short shrift when considering the moral fabric of the world. Technology has turned the world into a global village yet xenophobia is rampant, religious and racial profiling is at an all time high , and our civil liberities are being eroded. The geo political terrain is shifting with ever increasing speed . It should be no surprise that the most popular television shows are about living out a fantasy, surviv ing in the wild , heinous crimes, and mysterious acts of nature. A brighter day, one can only wonder and hope?

The omninous tenor of these times has found its way into visual art. Artists are peeling back the veneer and exploring this collective anxiety. The challenge is to find a voice amidst the maelstrom and the glut of images. Whether it be with irony, humor or earnestness, the works in A Brighter Day are ruminations on our uneasy relationship with the world in its present state.