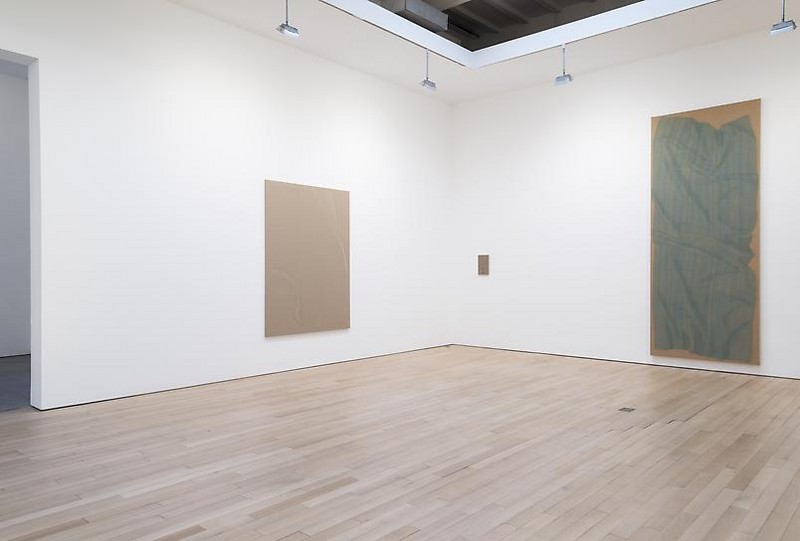 James Cohan Gallery is pleased to present the US debut solo exhibition by German artist Helene Appel, opening on September 4th and running through October 4th, 2014.

Helene Appel chooses to paint things from everyday life, among them rumpled textiles, stitched thread, netting, puddles of liquid, piles of rice, plastic bags, floor-sweepings and small electrical components. She renders these domestic objects at actual size in a variety of media from watercolor to oil and encaustic on untreated canvas and burlap. These paintings of familiar things, realistically rendered, become suspended between illusion, gesture, figuration and abstraction.

In this exhibition, Appel shows the reach of her practice, anchored by three new series of works: plastic, fabric and meat. The plastic works are evanescent, painted with an economy of gesture, while the large fabric paintings are executed in watercolor that soaks into the rough burlap surface; the weave of the support interacts intensely with the texture of what is being depicted. The paintings of individual butcher cuts of meat, in a glossy impasto of oil and encaustic, make flesh a form of miniature portraiture.

Describing her ideas about painting, Appel explains, "my work is not so much about pretending the real thing is there, but more about the presence of the subject, as well as the presence of the painting in space." Her uncannily realistic execution is indeed highly skilled and deftly rendered, but Appel is most interested in questions of process and the pictorial. She sees her method as a bargaining process to determine each subject’s particular demands for its own depiction and how she might meet those demands in technique and composition. The viewer too must bargain with the works on the wall, accepting subject matter with which one would not normally have an aesthetic or emotional relationship.