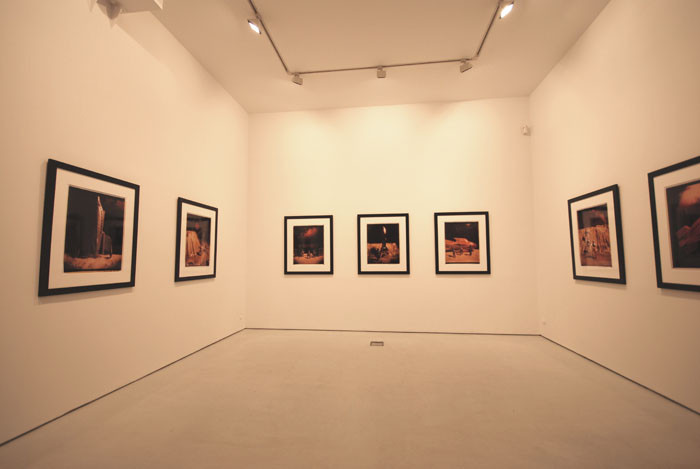 The Javier López Gallery is pleased to present the first solo exhibition in Spain of work by the American photographer David Levinthal. It includes a complete sample of his series Space (1988) as well as specific examples from the series Wild West (1987-1989), Desire (1990-91), XXX (1997) and Space (2007) thus offering a complete review of the personal inner universe of this artist, who is admirer of comics, television series and pin-up magazines. Recognised for his mastery of photographic technique and use of the large-dimensioned Polaroid camera, David Levinthal began his career at the beginning of the nineteen seventies (with the publication of his series Hitler Moves East (1972-1973) and since then has had exhibitions regularly throughout the United States. Other photographers such as Cindy Sherman and Laurie Simmons recognise having been influenced by Levinthal's work and his personal way of creating simulated universes.
www.javierlopezferfrances.com