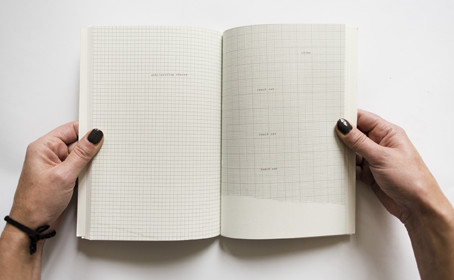 The – read – text makes possible its interpretation, thus becoming its score as well as its memory. “An exhibition to be read” generates figures to be said, the abstraction of language enabling a form to come into being and, naturally, once uttered, to dissolve. In parallel with this exhibition through the book a series of “spoken retrospectives” is presented. Gustav Metzger, who uses destruction and impermanence as motifs in his work, David Medalla, through the ephemeral and the impromptu, and others are invited to record with their voices an ideal retrospective of their work, or their lives. The motive and materiality of this undertaking can only exist – survive – through the non-documentary exhibition of a radical work, one that avoids as far as is possible the classic presentation of the retrospective. Each retrospective exists only through the words spoken by artists – through the memory of those who have created – thus generating the mental image of an exhibition of time (time of a work whose disappearance affirms its existence, time of a past life) in the minds of those who are listening.