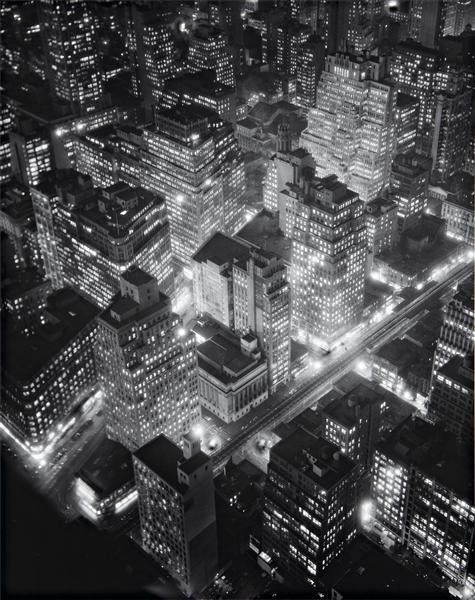 With Berenice Abbott (1898-1991), urban experience is at the heart of the exhibition: in an America shaken by the Wall Street Crash, her images of 1930s New York convey her fascination with an urban landscape in the throes of dramatic change. Also known for championing the work of Eugène Atget, Abbott, who originally wanted to be sculptor, proved to be a great photographer of matter, space and light.
This is the first exhibition in France to cover every stage of Berenice Abbott’s career, featuring over 120 vintage prints by this American photographer as well as a series of documents never previously shown. The selection of portraits, architectural photographs and scientific plates shows the many facets of a body of work all too often reduced to a handful of familiar images.

Berenice Abbott came to the French capital in the 1920s and was trained by Man Ray before opening her own studio, where she began a successful career as a portrait photographer. Mixing in the artistic and intellectual circles of the day, she photographed a cosmopolitan cast including Eugène Atget, Marcel Duchamp, James Joyce, Man Ray, Jean Cocteau, Sylvia Beach, André Gide, Foujita, Max Ernst, and Marie Laurencin.
The exhibition also features a substantial selection of images form her Changing New York project (1935-1939), for which she is best known. This undertaking was Abbott’s own initiative but was financed by the Works Progress Administration, part of Roosevelt’s New Deal efforts to combat the Great Depression. Conceived as both a record of the city and a work of art in its own right, this ambitious government commission focuses on the contrast between the old and the new in the rapidly changing city.
The photographs she took in 1954 when travelling along the US East Coast on Route 1 (the exhibition is presenting a never previously exhibited selection of these) reflect her ambition to represent the whole of what she called the “American scene.”
In the 1950s, Abbott produced a set of photographs illustrating the principles of mechanics and optics for the Massachusetts Institute of Technology. Combining aesthetic and educational concerns, these abstract, experimental images echo her photograms of the 1920s.

An active participant in the avant-garde circles in the 1920s, a determined opponent of Pictorialism and the school of Alfred Stieglitz, famous for bringing Eugène Atget to international attention, Berenice Abbott spent her whole career exploring the notions of documentary photography and photographic realism. This retrospective at Jeu de Paume brings out the richness of her approach, and both the diversity and unity of her work.
www.jeudepaume.org