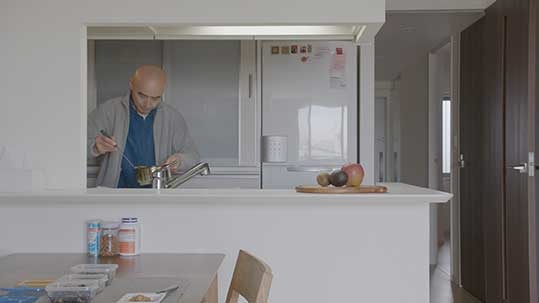 In film, sculpture, performance and text, Daisuke Kosugi constructs seductive scenarios that entail an underlying conflict between personal freedom and systems. Whether by portraying how creativity is mined by the creative industry in a Post-Fordist labour market, or through a narrative of creativity that is not convertible to economic or cultural measures of productivity, Kosugi unpacks these struggles through the lives of individuals. His semi-autobiographical films guide audiences through intimate experiences where the conflict is rendered bodily and emotional. Through layers of fiction and non-fiction he constructs a self-reflective mode of viewing, a method of storytelling developed from his interest in empathy and the incommunicability of pain.