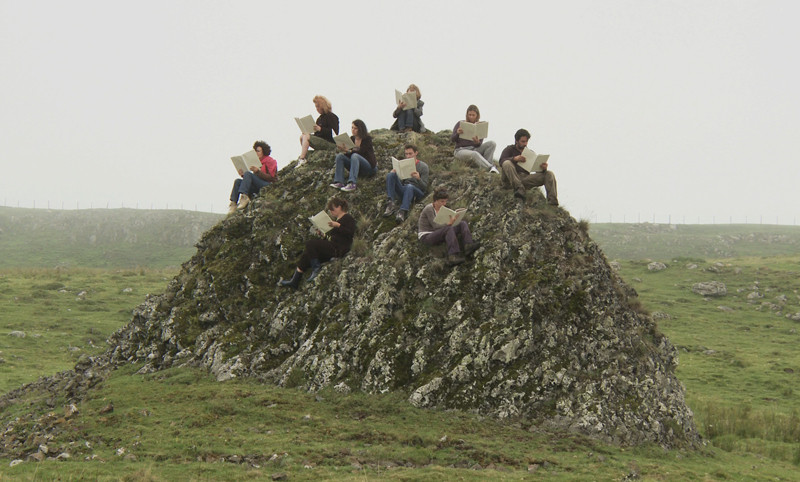 In 2010, the Jeu de Paume presented "Faux Amis”, first in the "Ephemeral Video Library" series, which was devoted to the representation of history in contemporary art, through the prism of memory, identity, and loss. Titled "Inventing the Possible”, this second in the series is oriented towards what happens afterwards, examining the invention of a possible future or a utopian future. "We dreamed of utopia and we woke up screaming,” declared the Chilean writer Roberto Bolaño, in his “infrarealist manifesto”.

The selected videos explore, with varying degrees of humour or feeling for tragedy, our perplexity in the face of the failure of the modernist utopias and the attempts at re-evaluation that have been made since the end of the 20th century. This second "Video Library" also invites us to reflect, within this context, on the possibility of finding models of change. Conceived as a mixed, open installation, it enables the public to watch videos freely on individual screens, and also to discover these same works projected on a large screen.

By offering visitors the chance to create their own programme and to return whenever they like to the rooms dedicated to the project, this second part of the "Ephemeral Video Library" is intended above all to be a provisional archive of videos made over the past ten years in very varied contexts and regions: from the desert in Kuwait to the Amazonian rainforest, from the north of Canada to Senegal and Indonesia. A selection of these videos is also available to young visitors in the Jeu de Paume’s educational space, and there a program me of screenings and encounters with artists will run in parallel.

Documentary or fiction films, animated, experimental or performance films, the selected videos often present accounts that are imbued with a layer of mystery or enigma. These works all have the aim of creating new energies, building imaginative possibilities awaiting a potential realisation. Imagining, in the original Latin sense of the word (imaginary), means creating images in order to be able to invent. Thus, these videos raise questions articulated around themes that frequently intersect with each other, such as the re-evaluation of the past, the ecological sensibility, the impact of education and the notion of “community”. These works invite viewers to invent new possible alternatives.

For this event, the Jeu de Paume is creating an app that will include a mission statement by the project’s curators, extracts from various works, interviews with the artists, together with essays, some unpublished, that analyze both the subjects raised in the works and the question of the omnipresence of video in contemporary art.