The Stamp of Fantasy 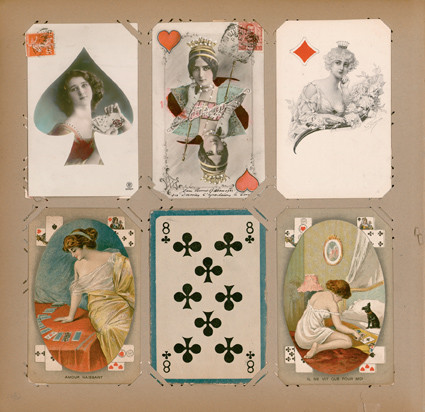 THE STAMP OF FANTASY
The visual inventiveness of photographic postcards

This exhibition, “La Photographie timbrée”, looks at what, several years before the illustrated press or the book, was the first medium for the mass distribution of photography: the postcard.

By 1900, photographic postcards had become hugely popular. In addition to views of towns and villages, publishers offered a selection of more amusing images known as “fantasy postcards”, a category that included greetings cards, April Fool's Day cards, illustrations of proverbs and imaginary, comic or even erotic scenes.
In order to produce these visual curiosities, the photographers employed by publishers used a whole range of special effects such as montage, overprinting, optical deformation and close-ups that were already well known to professionals but much more mysterious to the general public. This exhibition explores the extraordinary blossoming of visual invention in the postcard industry during the first decades of the 20th century.