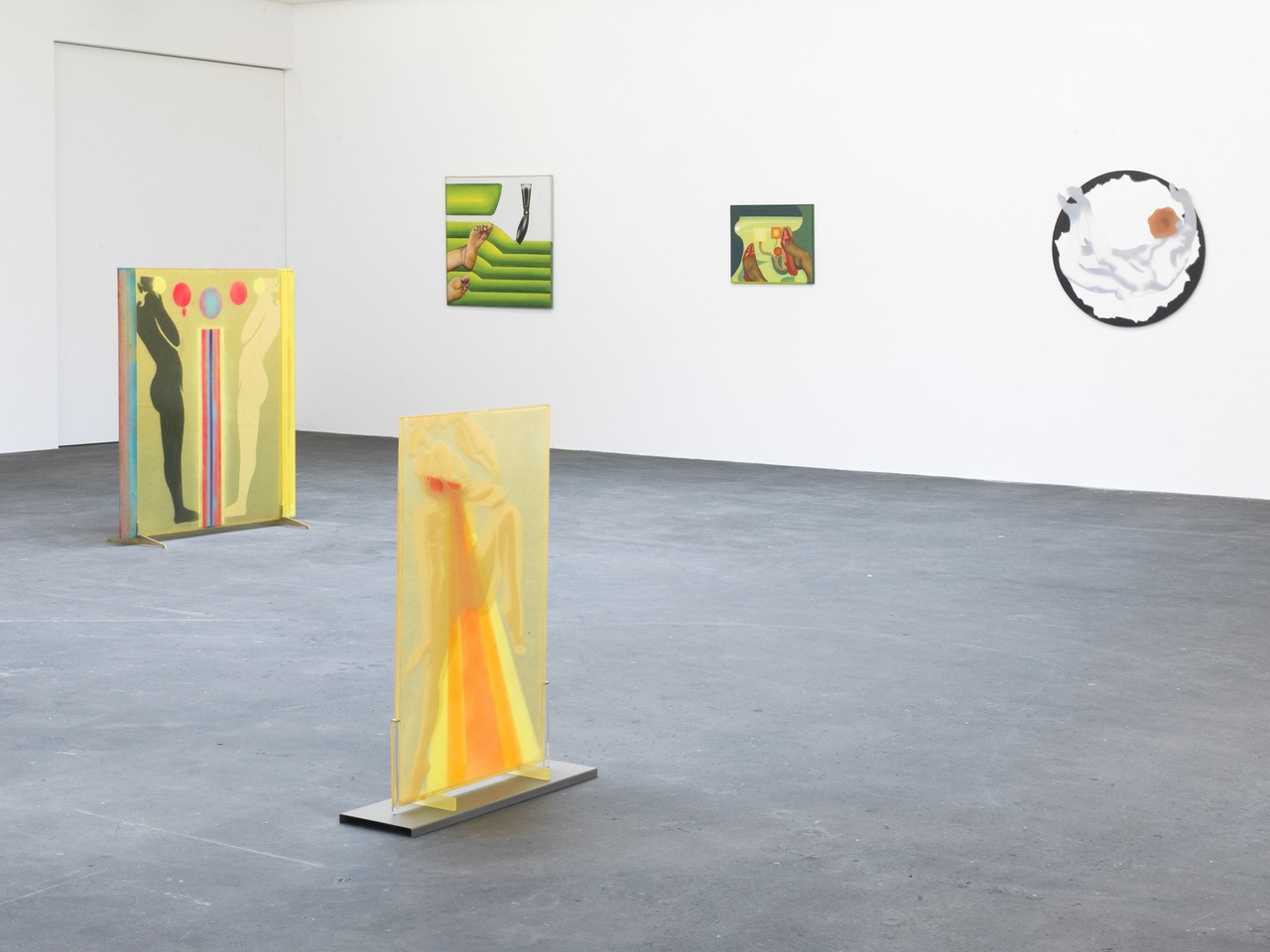 On the occasion of Gallery Weekend Berlin we are pleased to open our former gallery space Johann König on Dessauer Strasse again to present the second part of Evelyne Axell's exhibition.

“My world, for all its aggressiveness, is brimming with unconditional zest for life. My motif is clear: Nudity and femininity represent the utopia of a bio-botanical freedom – a freedom, which is immune to frustration and gradual repression, a freedom, which tolerates only the limits, it sets for itself.” Evelyne Axell

Evelyne Axell's (1935 - 1972) work has reached cult status. Her work can be seen as one of the highlights of pop art – an art form, whose protagonists only gradually find recognition. Despite being on exhibition in renowned institutions such as Centre Pompidou in Paris, Tate Modern in London, Brooklyn Museum in New York and Kunsthalle Wien, Axell's work is representative of an era whose potential is only recently being acknowledged.

In the late 60s and early 70s, the Belgian artist, who worked under the name Axell in order to obscure her gender, developed a subversive imagery that oscillates between female actionism and seduction and unfolds a protofeminist force. Strong women, like the first female astronaut Walentina Tereschkowa or the US activist Angela Davis, dominate the artist's imagery. As hinted at in the exhibition title, Axell engages with both contemporary stereotypes of femininity as well as centuries old role ascriptions and correctively intervenes in persistent gender relations: reflecting on art history – such as Venus iconography, Leda with the Swan depictions and distinguished portraits like Leonardo da Vinci's Mona Lisa – she subverts historically sedimented, male perceptions of femininity and renegotiates the socially constructed image of women as either 'angel in the house' or femme-fatale.

The duplication and repetition of the female nude and the reclaiming of the depicted body – as can be seen in the artist's self-portraits – deconstruct the dominant rules of authorship: Axell switches sides and trades her role as muse for that of producer. In Le peintre (1971) she confidently inserts herself into a fictive genealogy of self-portraits, demonstrating a natural-seeming joy at making art. Axell's view towards masculinity is a critical one. She shows men as voyeurs, depicts the male gender as symbolically reduced, and ironically pokes fun at macho behavior. The status symbol 'car', for instance, is a recurring theme in Axell's work; one that she subjects to a symbolic reconfiguration: In Axell-ération (1965) a woman in red high-heels has her foot on the pedal and Changement de vitesse (1965) shows a woman's naked calves enveloping the gearshift. In Auto-stop (1965), a work gesturing towards Diego Velázquez's La Venus del Espejo, the artist scrutinizes the power dynamic inherent in the gaze.

Art, for Axell, evolved into a weapon of provocative self-empowerment, which she yielded against the objectification of women in post-war society. Her protofeminist imagery, which draws on pop's depiction of reality as heavily mediatized and therefore ultimately constructed, seeks representation of women's perspectives and female desire. At least until actual gender equality is achieved, Axell's sensual impetus will remain culturally and politically relevant.

Evelyne Axell was born in 1935 in Namur, Belgium. She began her career as an actress, a TV moderator and a screen writer. Before relocating back to Belgium, she was working and living in Paris. In 1964 she decided to solely focus on making art. As a young artist, she had the privilege of studying under René Magritte for a year. After 1967, Axell began exploring new materials, experimenting with different kinds of synthetic resin and sculpting silhouettes and body fragments using transparent plastic sheets that she layered into reliefs and then painted or laquered. In her late work, she painted lush, rainbow-colored landscapes of yearning, in which people – complying with the ideals of the hippie era – are depicted indulging in acts of free love. Between 1964 and 1972, a time span of merely eight years, Axell created a comprehensive oeuvre that was shown in numerous exhibitions. Her life and career ended prematurely and abruptly when she died from a car accident in September 1972.