Nothing Is As It Appears 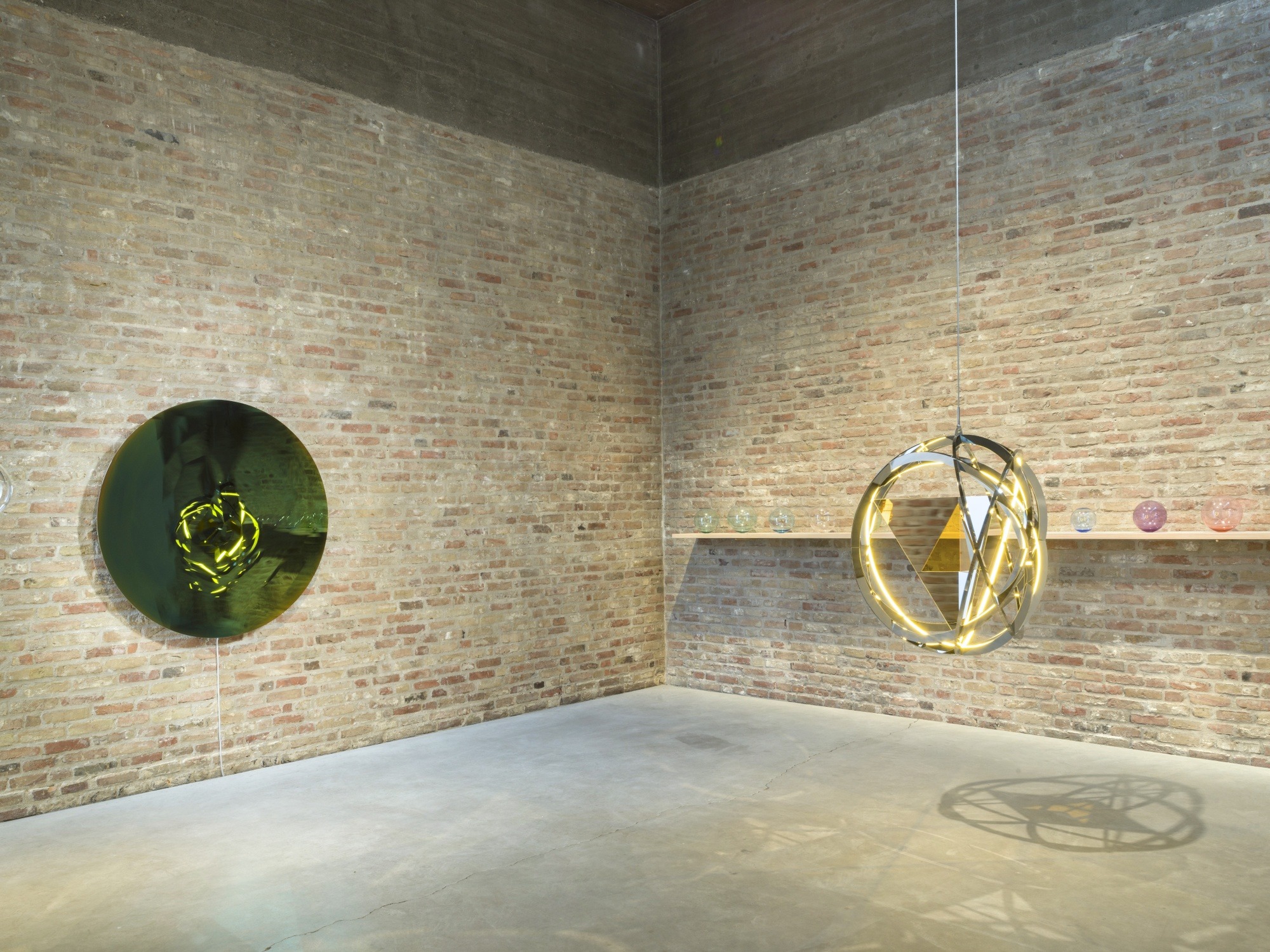 KÖNIG GALERIE presents Nothing is as it appears, an exhibition of recent worksby Danish artist Jeppe Hein, on view in the Chapel of St. Agnes from February 21st through May 3rd, 2020. This is Hein’s tenth solo exhibition with the gallery.

Nothing is as it appears exhibits sculptural objects that bring viewers closer to themselves, to their environment, and to each other. The exhibition relates to the same-titled book which invites people to discover the subtle connection between yoga and Hein‘s art. Referring to different yoga poses, or asanas (body positions), sometimes a work’s relationship to a pose is presented playfully, as tongue-in-cheek. Other times, the connection is more fundamental to an assembled,
coherent whole.

In one piece titled On a Journey to Myself, the titular words glow in white neon letters behind a two-way mirror. Hein’s use of reflective surfaces allows for a more thoughtful appreciation of our co-existence with others. Juxtaposing the Padmasana or Lotus pose — an asana that traditionally draws attention to one’s body — the pronoun “myself” calls out to viewers, situating them in a mirrored reflection and thereby in the embodied present moment.

In Fold II two square mirrors with four subtle folds are mounted onto a wall. The creased reflections produce a fragmented view of the surrounding area, enabling viewers to see different parts of the room simultaneously. Juxtaposing the asana
Extended Triangle (Utthita Trikonasana) with Fold II, an idea of unexpected and extended perspectives will awaken. In another work, titled Breath, an array of glass spheres encapsulate the practice of Pranayama (composed of the Sanskrit
words prana = life energy, and ayama = control and expansion). The intensity of the artist’s breath has determined the size of each glass sphere, while the overall number of spheres corresponds to the number of breaths needed to create
a single one.

As both book and exhibition, Nothing is as it appears inspires a more open view of the world. This new point of view becomes more than a symbol of introspection: it connects things together that might seemingly have nothing
to do with each other. In this way, the exhibition recreates an insight specific to a meditative frame of mind. Encouraging viewers to re-examine and question the world, one might leave the Chapel of St. Agnes with a more poignant sense
of the interconnectedness always brimming just below the surface of awareness.