The Moment of Suspension 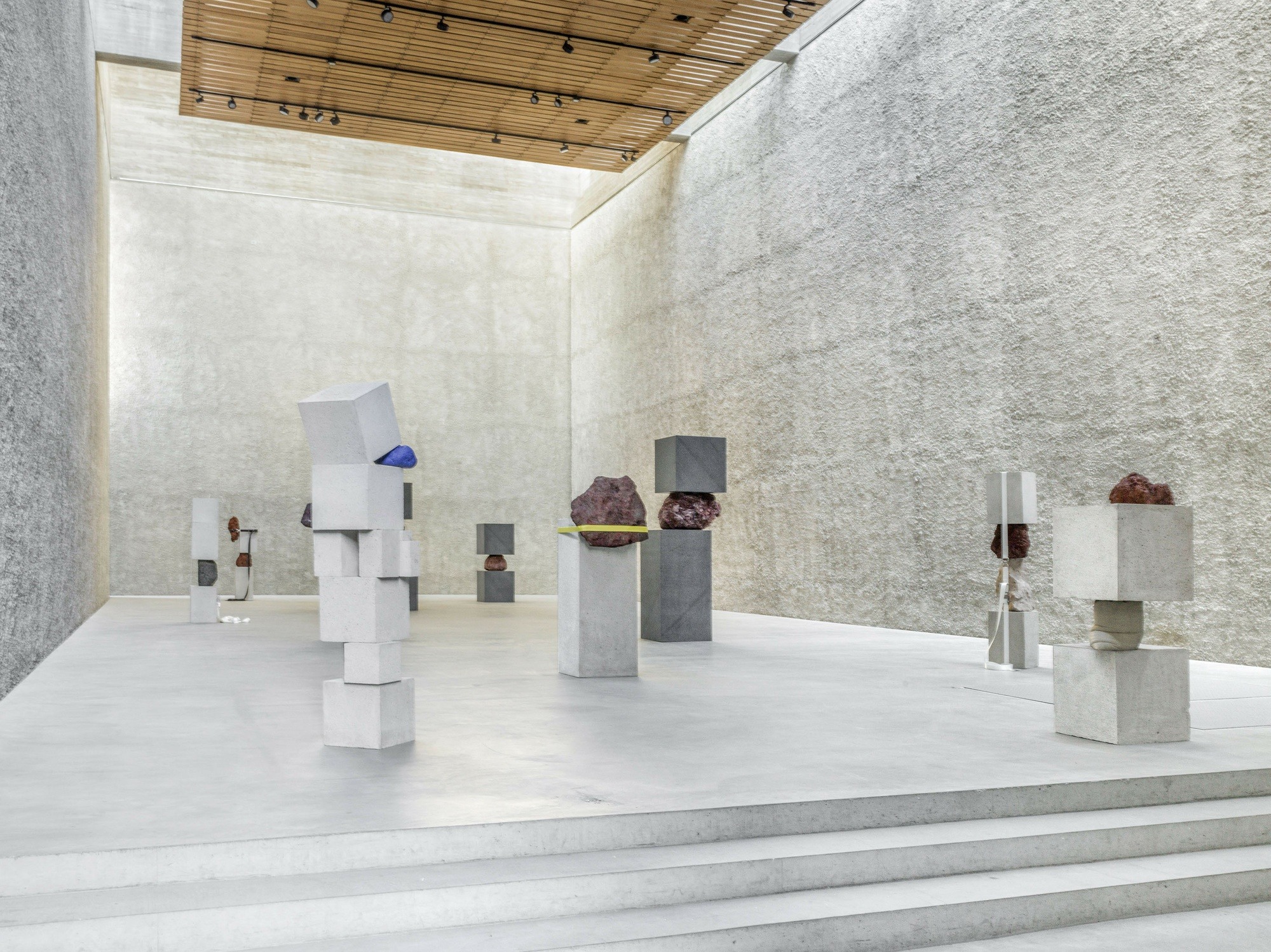 KÖNIG GALERIE presents The Moment of Suspension, an exhibition of new works by Jose Dávila, on view in the Nave of St. Agnes October 26, 2019 through December 20, 2019. This is Dávila’s third solo with the gallery.

Over the course of a career spanning more than 20 years, Guadalajara-based Jose Dávila has engaged with the architecture, symbolism, and material integration of space. For his third solo exhibition at König Galerie, he has poised disparate kinds of lithic bodies—ranging from basalt stone and volcanic rock, to more quotidian materials like limestone and concrete—against each other to create a delicate interaction of volume and mass. Intimating utopian ideals, uncut rock and sculpted concrete are brought into uneasy congruence, realizing an equilibrium that holds differently weighted materials in place.

While the language of sculpture traditionally speaks to solidity and permanence, Dávila’s work evinces a decided fragility that contrasts with the density of the materials he puts to use. As though verging on the brink of collapse, his take on sculptural form introduces viewers to a clash of directional energies, resulting in a precarious appearance that undercuts monolithic stability. What comes to light is less a single unified object than an exchange of physical forces, a cross-section of elemental processes that refer to the inexorable law of gravity.

Dávila’s articulation of space mimics primal human behaviors, such as stacking and balancing, underscoring their capacity to express a collectively shared impulse toward construction. Several works in The Moment of Suspension feature uncut rock tethered to angular concrete blocks by a ratchet strap. An aura of weightlessness halos the topography of the linked stones. As individual works, these layered sculptures foreground the disintegrating influence of time, concretizing an entropic process that ends in perpetual stasis.

Places of meeting and points of intersection also constitute recurring aspects of Dávila’s work. His architectural eye recasts volume itself as a raw material, using vertical surfaces, rectangles, and spheroid shapes to signify development and growth. The makeshift stratification underlying each sculpture invokes the uniqueness of a once visited place, or remembered physique, preserving only its constructed essence.

A holistic attitude cuts through The Moment of Suspension. Every work on exhibit embodies an architectural rhythm where the vastness of geologic time becomes affixed to the spatial planes of a concrete surface. The necessary union of each element functions like the organs of a body, the vehicle of consciousness. Blending structural innovation with a cosmological understanding of duration, Dávila shows how individuated parts relate to an overarching design. If the microcosm is removed, the macrocosm collapses.