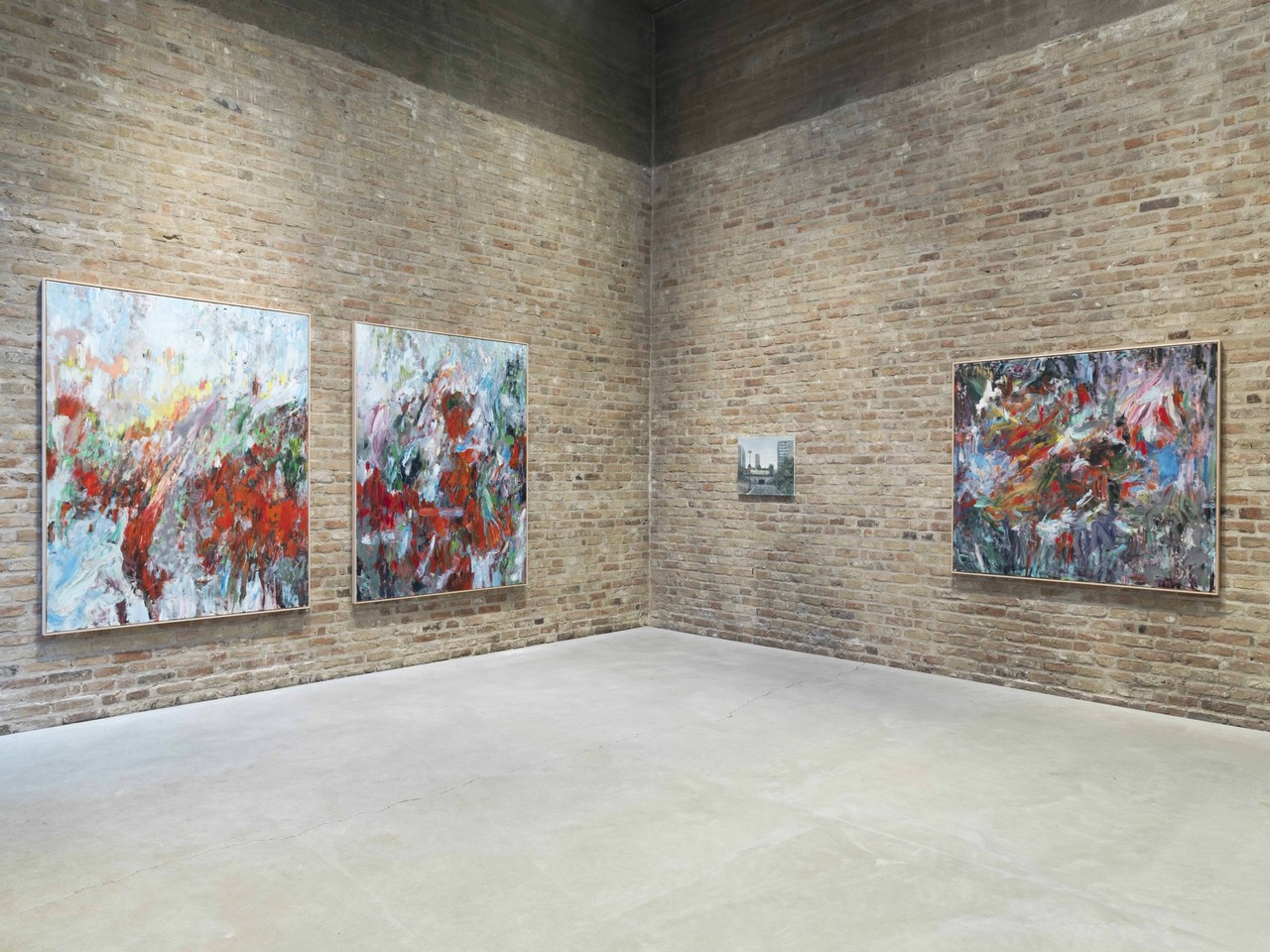 KÖNIG GALERIE is pleased to present an exhibition of oil paintings by Sabine Moritz (*1969, Quedlinburg, former GDR). Emphasising abstraction in this new body of work, EDEN celebrates a masterful and sensitive rush of colours. The paintings communicate reality in an expressive and emotive manner; they transmit an impassioned atmosphere by exploring notions of experience, memory, and transience.

Regen, Sterne, Granit, Glut and See (2018) are five nonrepresentational depictions of natural phenomena achieved with an impasto application of vivid oil colours. Associatively connected via the respective titles, the works show recurrent themes of natural history; Als die Säugetiere ins Meer kamen (2018) reverses evolution, while Chaos (2018) has a definite cosmological connotation. Eden (2018) gives its title to the exhibition and is an abstract diptych that references cultural expectations of an unspoilt, utopian paradise yet to be experienced. Moritz’s paintings seduce and arrest; the beholder is offered momentary exposure to an energetic field of motion.

Figurative paintings from Sabine Moritz's ongoing series of floral still lifes and grey-scaled cityscapes are also on display. Quoting the artist: »I often draw or paint flowers that I have in my studio, and the painting of these flowers is a representation of the present, in which you find yourself thinking about distant times, as in a sort of daydream.”

Moritz’s work encaptures the fragility and fleetingness of time — her practice is continuously influenced by childhood memories of the high-density concrete housing sceneries of Lobeda — a suburban satellite of Jena in Eastern Germany — where Moritz first began to draw and paint.

Sabine Moritz lives and works in Cologne. Before the fall of the Berlin Wall, she immigrated with her family to West Germany. After studying at the Offenbach University of Art and Design and graduating from Kunstakademie Düsseldorf, Moritz has been widely exhibited.

Recent solo and group shows include: Age of Terror - Art since 9/11 (2017) at the Imperial War Museum in London, UK; Neuland (2017) at Kunsthalle Bremerhaven, Germany; Dawn (2016), at Marian Goodman Gallery in Paris, France; Blumen, Masken, Schädel at Galerie Haas in Zurich (2016); and Harvest (2015) at Pilar Corrias Gallery in London, UK. Her work is presented in numerous private and public art collections, including the Tate Modern in London, UK; the Deutsche Bank Collection, Frankfurt am Main; Städtische Galerie im Lenbachhaus, Munich; the Faber-Castell Collection, Nuremberg; and Von der Heydt-Kunsthalle, Wuppertal in Germany.