One Day For Eternity 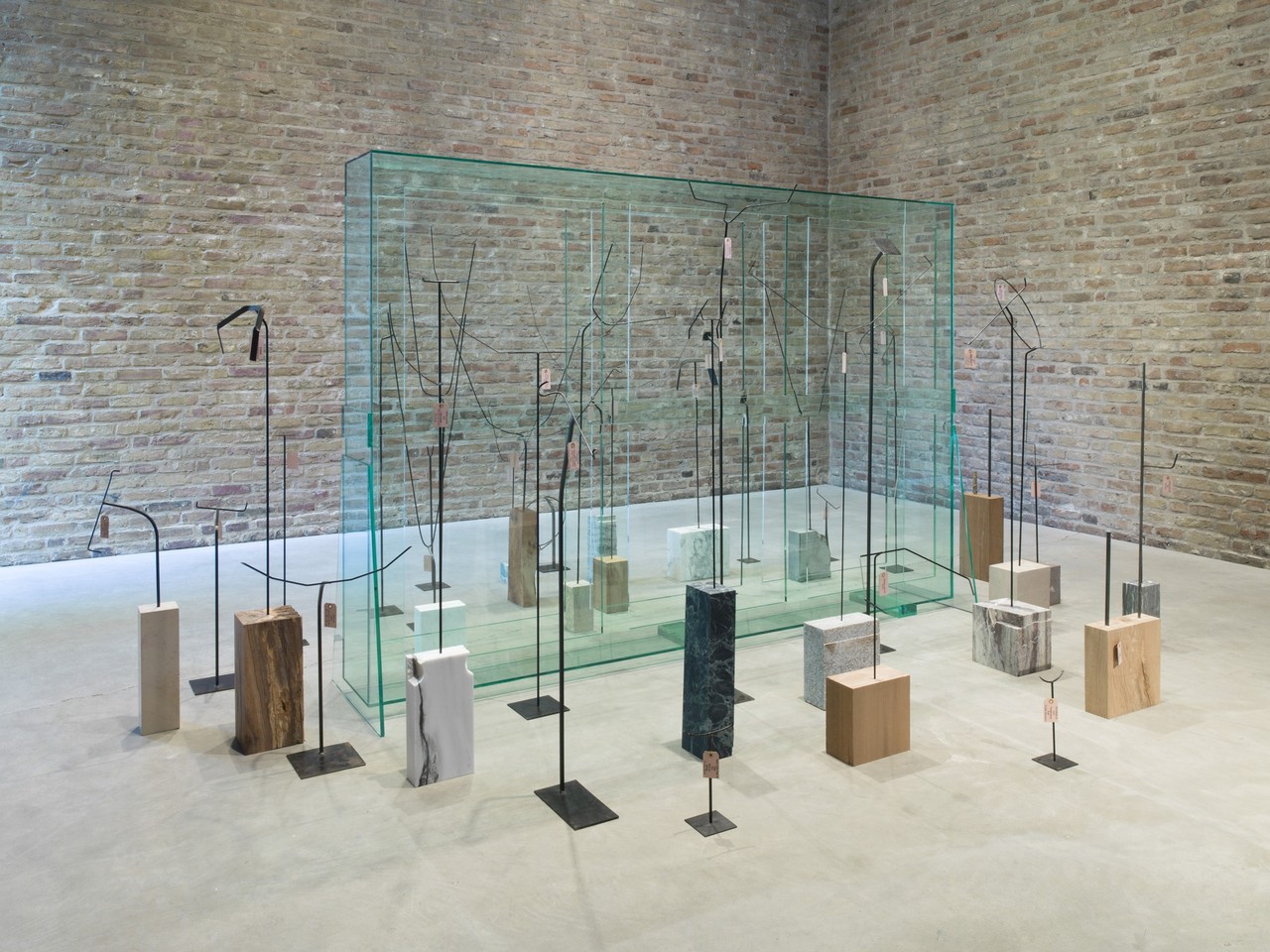 In One Day For Eternity, her third solo exhibition at KÖNIG GALERIE, Tatiana Trouvé continues her exploration of time, space, and memory—as well as the expanded context of the creative process itself. The exhibition presents the most recent installation in a series entitled Les Indéfinis. The origins of this body of work lie in the myriad transformations that an artwork endures: from an idea, to a work, and finally to its status a collected object—a dynamic process that recalls social-cultural anthropologist Arjun Appadurai’s assertion that “all things are congealed moments in a longer social trajectory [...] brief deposits of this or that property, photographs that conceal the reality of the motion from which their objecthood is a momentary respite”[1] .Citing her frustration with the difficulty of obtaining the loan of her own artworks for exhibitions as one of the inspirations for Les Indéfinis, Trouvé has created a collection that evades capture, an uneasy space of betweeness—an operation that emerges less from the realm of theory than the intuitive and fantastical space of fiction, namely the work of writers like Italo Calvino, Jorge Luis Borges, Georges Perec and Dino Buzzati. Trouvé has described one of the primary mechanisms of fiction as “nothing more than a doubling of things” and it is precisely an oblique operation of doubling that takes place in the disquieting, liminal spaces of her drawings, sculptures, and installations.

In Les Indéfinis an accumulation of metal, marble, and wooden pedestals encircle a glass reproduction of a gigantic shipping crate. Slender metal supports of varying heights extend from each base. Although they reference actual implements used for the display of artifacts in anthropological and ethnological collections, in their current constellation, devoid of function, these elegant spindly armatures articulate a territory of void, absence, and recollection. According to Walter Benjamin, a collection posits an imaginary topography of memory. It is a complex means of constructing consciousness, its very order bound in the rift between remembering and forgetting. The collection in question here is Trouvé’s own oeuvre, which she gestures towards through the pink labels that dangle from each empty pedestal. Each label contains the title, date, and inventory number of an individual work, some of which, like Desire Lines, actually exist, while other labels list works that are fictitious or have yet to be made. As Trouvé herself has noted, “works are enriched by our memory of them, whether of a form, a material, or an intuition.” Indeed, poetic mimesis and the creation of architectures of recollection form the crux of Tatiana Trouvé’s artistic production, beginning with her first major work the Bureau of Implicit Activities, an artistic project that Trouvé has described as “a brain, a large-scale portrait of a life.” Like the B.I.A., Les Indéfinis proposes an emotive architecture that activates the mechanisms of remembering and forgetting to give tangible form to elusive echoes of the past.