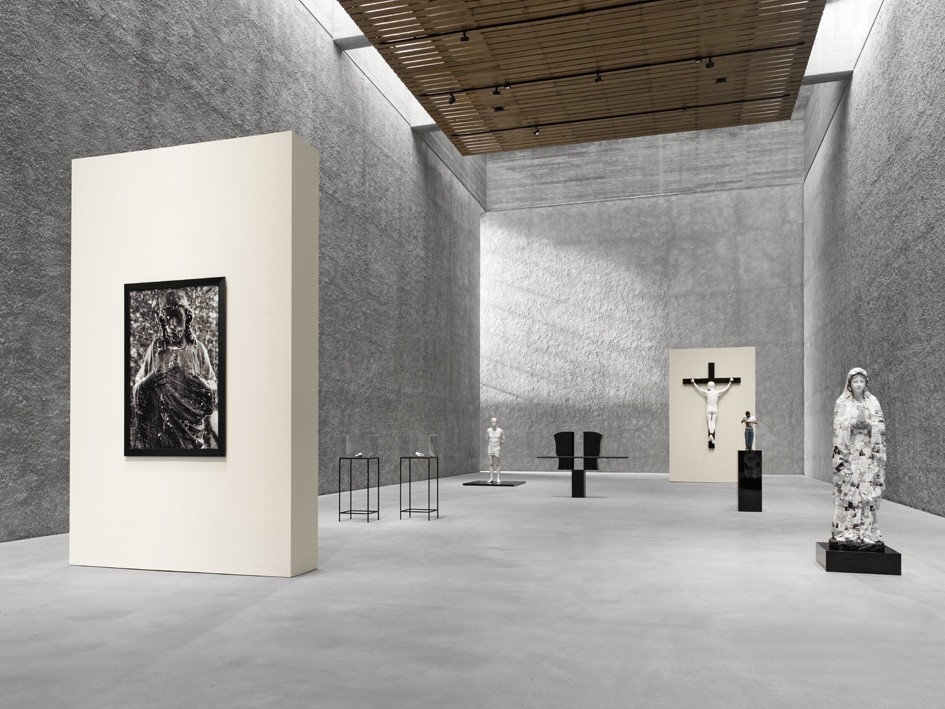 KÖNIG GALERIE is pleased to present The Others, a group exhibition curated by Elmgreen & Dragset and inspired by the gallery’s location at St. Agnes, formerly a Catholic church.

The Others presents fifteen works by twelve artists who have each challenged established ways of portraying the body within Christian iconography. Focusing on the meaning of materiality in Christianity and contemporary art, the show brings together a variety of figurative representations and seeks out the potential for emancipation from moral edicts in religion through art. Forms of bodily resistance and alternative narratives address issues of belief, gender, race, morality and sexuality. With the exhibition title The Others, the gaze is turned back on the participating artists themselves as “the others,” most of them coming from countries with a predominantly Protestant or Catholic history. In a secularized city like Berlin, Christianity, as well as other religions, might seem distant from everyday life. However, Islam has been dominating the news media over the past few years. The title proposes a reality where we are all potentially “the others.”

Art, like religion, depends on a shared language to communicate—a language in which certain material forms connote commonly accepted definitions and associations. Both art and religion can provide visceral experiences in which meaning derives from the material, in contrast to the streams of digital information disseminated on the Internet. Several of the artists in The Others have reworked classic Christian depictions of the heroic, holy or suffering body in order to speak about identities and desires that have historically been condemned or excluded by the Church.

The Others will be accompanied by a book in English and German, published by König Books and to be released with a book launch at KÖNIG GALERIE on January 21, 2017. Along with photographic documentation of the exhibited works as well as installation views and documentation of the St. Agnes building during its former life as a church, the book will include an introduction by the exhibition’s curators, Michael Elmgreen and Ingar Dragset, and an essay by the art historian Michael Diers.
www.koeniggalerie.com