Door To The Future, Window To The Past 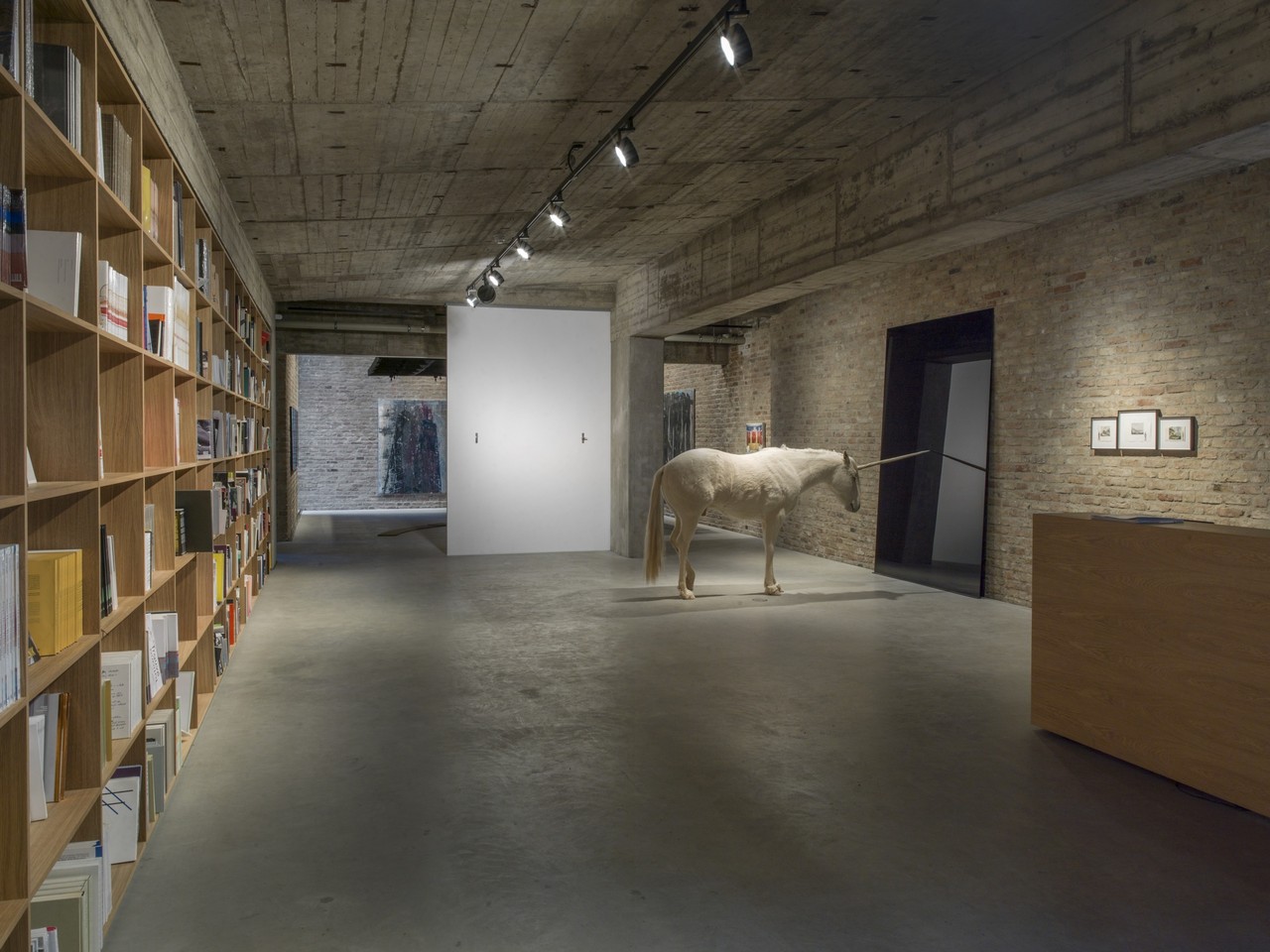 As the title suggests, the very location of the exhibition is at the core of its theme. ST AGNES both contains it and inspires it. A show in three parts presents both impressions from and reactions to the architecture, the history, and its current repurposing, as expressed through a changing group of works by artists ranging from historical to contemporary and emerging. A single work remains throughout the run of the three “chapters” over three months, Franz Erhard Walther’s Drei Standstellen. Sechs Richtungen, 1977, serving as the constant pulse of the exhibition as the space of the gallery is reconfigured for each changing show.

Chapter II: door to the future, window to the past.

Time has a power to change our perspective on things, and the Brutalist mentality was not immune to this. A movement that began in the 1950s with a full embrace and execution of modernist ideals came pretty much to a halt by the mid-1970s. The physical decay of the buildings in the decades that followed was somewhat representative of the popular view of the buildings, a style of a specific era equally maligned as it was admired. But as time has gone further to the present, we are able to revisit the structures as more than a fashion of a period but as a mentality that has as many valid applications today as they did back then.

The works presented in this “chapter” utilize a similar anthropological approach. Although dealing with questions and issues that are firmly rooted in the present, these artists mine the past to gain deeper perspective and understanding. The reference to history may be personal (i.e. Aleksandar Duravcevic, Roman Ondak, Matthias Weischer), cultural (i.e. Enoc Perez, Stephanie Syjuco) or philosophical and ideological (i.e. Anselm Kiefer), but all bringing forth their investigations towards contemporary concerns.

This show was created in collaboration with r/e projects.
www.koeniggalerie.com