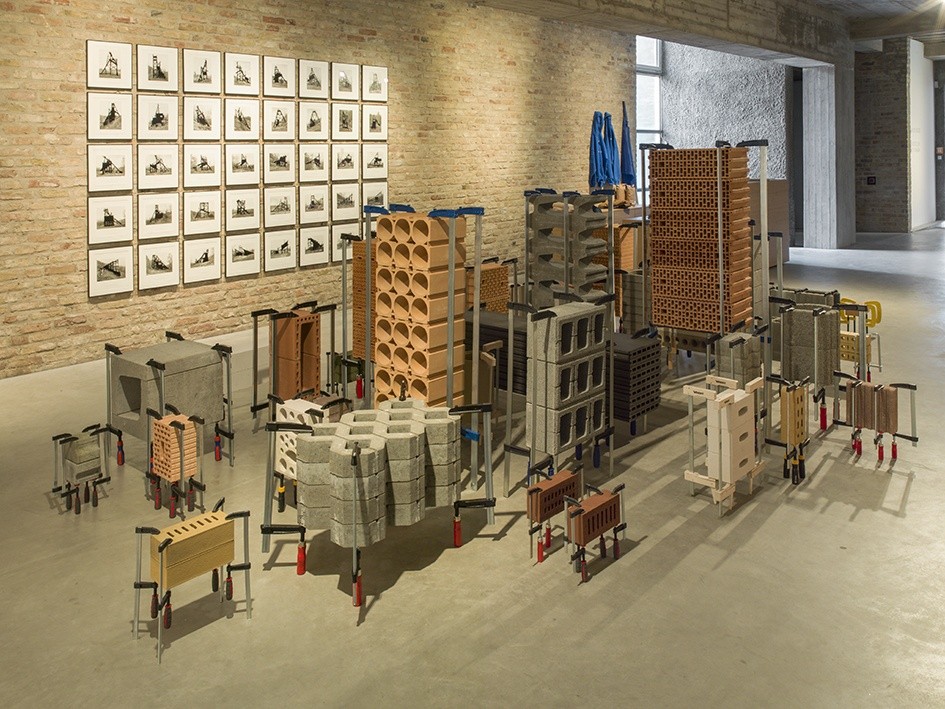 As the title suggests, the very location of the exhibition is at the core of its theme. ST AGNES both contains it and inspires it. A show in three parts presents both impressions from and reactions to the architecture, the history, and its current repurposing, as expressed through a changing group of works by artists ranging from historical to contemporary and emerging. A single work remains throughout the run of the three “chapters” over three months, Franz Erhard Walther’s Drei Standstellen. Sechs Richtungen, 1977, serving as the constant pulse of the exhibition as the space of the gallery is reconfigured for each changing show.

ST AGNES as König Galerie is a paradigmatic example of how to rescue and repurpose architecture and serves as the inspiration for this final “chapter.” More than just a reconstruction of the original structure, the transformation of the building carefully and respectfully balances protection of original architectural elements with the reconfiguration of space in order to adapt it to its current purpose as an art and event space.

Surrounding Marlon de Azambuja’s site-specific installation of a “city” (completely constructed from remnants sourced from the many construction sites around Berlin) are works by Rob Carter, Jason Gringler, Secundino Hernández, Jiří Kolář, Steven Parrino, Raha Raissnia, and Gerhard Richter. Together they present diverse artistic practices in which an element of controlled destructive force is an essential part of the constructive process, illustrating how that physical act can make strong art-historical statements, articulate a form of protest, or both.

This show was created in collaboration with r/e projects.
www.koeniggalerie.com