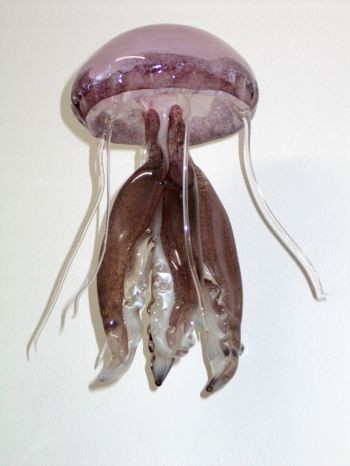 A poisonous alga imprints a minimalist structure into the paper of a chemical filter; a dissected bluebottle sticks on the wall inside the White Cube – Tue Greenfort’s work questions the value systems of nature and art in our society. The Danish artist is developing a system, both aesthetic and educational, that illuminates the interlocking effects of human activity and changes in our environment, so it is not surprising that his work is primarily determined by ecological and economic subjects. Within a global context, he asks questions about our approach to natural resources, environmental protection and species conservation, and establishes connections between these issues and conceptual art. His projects are characterised by an interdisciplinary openness and quasi-scientific working methods which reveal his extensive research.

Diffuse Einträge (Diffuse Entries) (2007), a work created for this year’s Skulptur Projekte in Münster, is a particularly good illustration of Greenfort’s extended concept of art. On the bank of Münster’s Lake Aa, he installed a liquid-manure container that squirted a mix of lake water and chemicals into the lake. Greenfort was copying a purely cosmetic method of water purification: the city of Münster pumps ferric chloride into an inlet of Lake Aa in order to chemically bind inflowing manure from factory farms and prevent unwanted algae. In the context of the exhibition the farm vehicle became an attractive sculpture, a fountain, a land-art object; it also illuminated the problem of taking a short-sighted approach to tacking the problems of the day. By displacing an agricultural object into the system of art Greenfort creates a certain level of transparency. Reaction to his sculpture has put the pollution of Lake Aa back onto the local political agenda.

The work From Petroleum to Protein (2007) displays – in a classically didactic showcase – a round glass container where dark yeast is growing on paraffin. A 1965 edition of Scientific American explains the process: under optimal conditions the fungus transforms the paraffin into a protein-containing substance. During the 1960s British energy corporation BP had the vision of mass-producing meat substitutes for regions with starving populations from paraffin, a waste product of diesel production. The idea of opening up this new market segment was abandoned when the first oil crisis hit in 1973.

Today, by contrast, many post-colonial states, like Brazil, are extremely interested in obtaining fuel from foodstuffs (e.g. sugarcane). The process is going into reverse: foodstuffs are substituting mineral oil, which is becoming ever rarer. Greenfort takes up this issue in Plant Oil Circulation - After Hans Haacke 1969 (2007), which adds a political dimension to Haacke’s early work on natural phenomena. From a red fuel tank a tangle of pipelines extends across the gallery floor; air bubbles propel the oil through the network of pipes. The tank originates from a bus which Greenfort used to chauffeur visitors free of charge to the various venues of the 2005 exhibition “A Whiter Shade of Pale”. He had previously converted it to run on vegetable oil. Other works take up the theme: Kohlweißling (Cabbage White) (2007) shows a butterfly that is perfectly adapted to life in monocultures (e.g. rape fields) and thus to its contemporary natural environment. This tendency to monoculturalisation can be seen in our urban environment, too. Increasingly, urban space is being taken over by global advertisers; whole blocks are now covered in commercial “wallpaper”. The project Tent (2007) is an attempt to reclaim valuable advertising space as an ideological “free space”, in a kind of parasitical gesture.