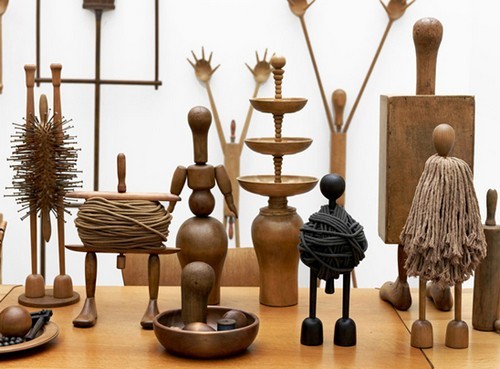 Johnen Galerie is pleased to celebrate its 25th anniversary with Conversation Pieces, a group show of three parts curated by Jens Hoffmann. Adapting the structure of a three-act chamber play to an exhibition of visual art, Conversation Pieces presents a diverse range of artists currently or previously represented by the gallery, engaging them and their artworks in a series of intimate and dynamic conversations. While focusing on the theatrical aspects of the works, the exhibition will also reflect on the display of contemporary art and its relationship to the staged or dramatised. Each act is four weeks long and represents one part of a larger, developing narrative. Intermissions will last one week. The title of the exhibition, Conversation Pieces, traditionally refers to a particular style of group portraiture popular in Britain in the 18th century. The chamber-play premise for Conversation Pieces in part arises from the gallery’s proximity to one of Germany’s most important theaters, the Deutsches Theater.

In both the Kammerspiel and the Conversation Pieces genres, stylistic unity was determined by emotion and atmosphere rather than by traditional narrative devices. Once assembled in an effective sequence, the resulting chemistry between plot and character drive the narrative. Chamber plays were initially defined by the spaces in which they took place—and hence its name—by a series of small domestic rooms. In Scene II, the kitchen/dining area sets the stage and serves as the initial bridge to Roman Ondák and Wiebke Siem's work. In Ondák's photo diptych His Affair with Time, the kitchen wall serves as a meter-stick for measuring a child's height. Even though the two photographs seem identical, they were taken minutes apart, serving as a documentation of the process and passing of time. In Wiebke Siem's sculptural installation Die Fälscherin, figures that mimic traditional African forms made from household objects overflow a prewar modern dining-room. While rendering the room unusable, the figures seem to represent or replace the family, and the housewife, the artist. In this conflation of motifs, Siem skewers the way in which Modernist artists portrayed African motifs as “other,” “primitive,” “uncontrollable,” “sexual,” and often female. Although in the domestic spaces in Ondák and Siem's work time is at a standstill, we have the ability to enter these spaces, while acknowledging our simultaneous distance to them.

In Scene III, Monert Honert painstakingly recreates a photographic negative of his boyhood boarding-school dormitory. All of the shadows are made light and all that was light is made dark, so the resulting electric light installation is faithful to the negative, but not to reality or his own memory. Perhaps, then, the work and its obsessive depictions to the last detail encourage us to draw upon our own collective memory. From materials found in a school in Montreal, Geoffrey Farmer has fashioned an owl figure puppet out of an old rag found in a boiler room. Other such relics are accompanied by a poetic and humorous text that alludes a plot to overthrow the school that is controlled by an owl. The serious and factual presentation of the work as well as its legitimate source material purports an impossible actuality, but we recognize an authenticity in the impetuous naivete driving them. Moreover, the accompanying Deutsches Theater material reminds us that perhaps only in a theatrical setting can we fully immerse ourselves in the dialogues that arise.