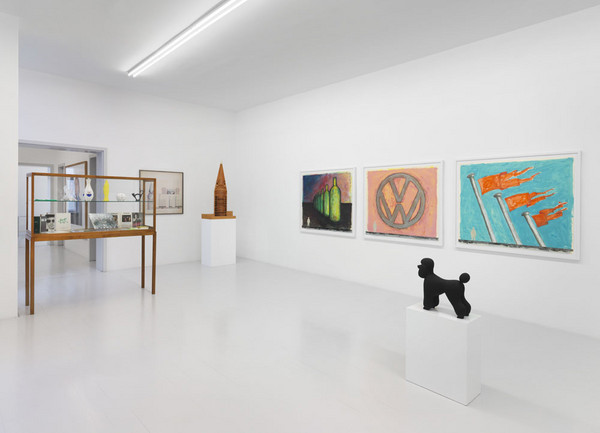 Jörg Johnen opened his first gallery in Cologne in 1984, with an exhibition of works by Thomas Schütte and Aldo Rossi. In the 30 years of its existence, the gallery organized nearly 250 exhibitions, first as Johnen+Schöttle in Cologne, and since 2004 as Johnen Galerie in Berlin. Renowned artists such as Stephan Balkenhol, David Claerbout, Katharina Fritsch, Rodney Graham, Andreas Gursky, Candida Höfer, Martin Honert, Yoshitomo Nara, Thomas Ruff, Anri Sala, Thomas Schütte, Wiebke Siem, Jeff Wall and many others presented some of their earliest works with the gallery. Early Works gives the opportunity to revisit works of the early creative period of these artists. The earliest work in the exhibition is a „Verlaufsbild“ (gradient painting) by Raimer Jochims dating back to the 1960s that seems to be just as current as one of the more recent works Nocturnes (1999) by Anri Sala.

On the occasion of this anniversary the gallery is going to open a new exhibition space, which is located in the landmarked heritage building (1825) in Johnen Galerie’s backyard. Rotwang Haus (named after the genius and crazy inventor of Fritz Lang’s Metropolis) is scheduled to be opened with new works by Martin Creed at the end of March.

As 2014 marks the 30th anniversary, the gallery plans to organize further exhibitions, that will recognize the great contributions of the gallery’s roster of artists.
www.johnengalerie.de