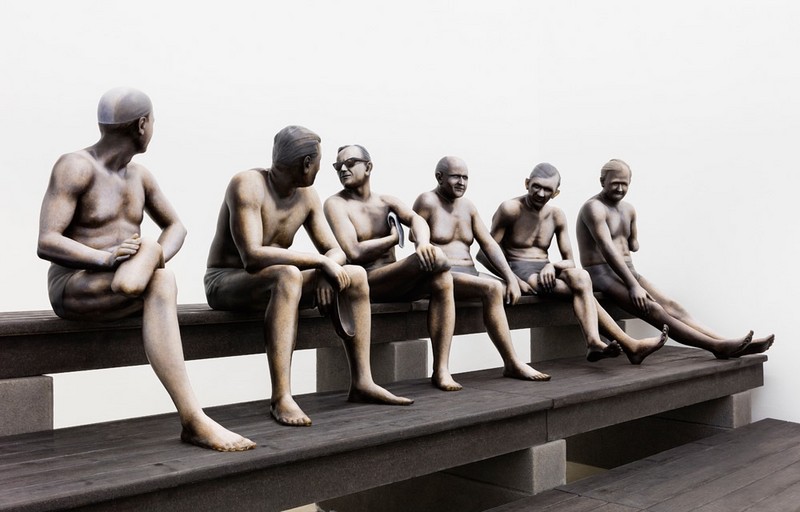 Johnen Galerie is pleased to present Martin Honert’s fifth solo exhibition with the gallery. The exhibition will be on view from April 26 and continue through May 28, 2016. A special opening reception concurrently with 2016 Gallery Weekend Berlin will take place on Friday April 29 from 6–9 PM.

Since the early 1990’s, Martin Honert (b. 1953 in Bottrop, Germany) has been redefining the possibilities of contemporary sculpture. Honert attended Fritz Schwegler’s master class at the Academy of Fine Art Düsseldorf in the 1980s and, like his fellow students Katharina Fritsch and Thomas Demand, has redefined the concept of medium specificity. This has resulted in an extremely varied oeuvre: for each work the artist develops an individual process and materiality. Honert first attracted international attention when his work was exhibited in the German Pavilion at the 46th Venice Biennial in 1995 (with Katharina Fritsch and Thomas Ruff). In 2012, Honert was the subject of a major retrospective at the Hamburger Bahnhof in Berlin. Also in the same year, a large survey of Honert’s work, co-curated by Jeff Wall, was exhibited at the Vancouver Art Gallery.

Honert works in his studio over a period of several years producing each of his works by hand. Painstakingly crafted and elaborately staged three-dimensional works capture the ambivalence associated with memories from childhood, to understand the perseverance of an image whose significance is not immediately apparent, not even to the artist himself. Commenting on the centrality of childhood to his work, Honert has said, “My childhood was no doubt just as dull and boring as anyone else’s. What’s important to me is to explore things that may well have happened a long time ago but continue to exist for me as an image, a memory.”

VSG-Gruppe, is an abbreviation for Versehrten-Sport-Gemeinschaft (and can be translated literally as “sports group of the maimed”). Honert has extracted six life-size figures seated on wooden bleachers from a poignant black and white photograph dating from 1956. The men, most of whom bear some kind of amputation, are depicted relaxing at an outdoor bathing site. Given the date of the photograph, their injuries are most likely war-related. Hollow-cast from transparent polyurethane to which sand has been added, Honert thinly glazes and paints the surface to further heighten the appearance of a vintage photograph with its faded and grainy resolution. VSG-Gruppe vividly recalls daily life in German post-war society in which the wounds of World War II remained visible.

Ziegelei is based on the artist’s memories of playing in an old brickyard near his childhood home of Bottrop. The work reconstructs the regularly spaced rows of the brickyard as a diorama-like set. Behind the dark towering drying racks, a backlit vintage photograph with a bright blue sky and the roofs of a row of modest suburban houses can be seen. The rows are slightly distorted to align in such a way as to force a specific perspective on the viewer—that of a small child looking out from a hideout. Distortions of scale and perspective in Honert’s works call into question any claim to verisimilitude, opting instead for emotional truth. The sculptures are not meant to be mere representations but are rather akin to recaptured impressions.
Based on an original photographic negative, Schlafsaal, Modell 1:5 refers to a dormitory from Honert’s boarding school days. The model emulates the effect of a photographic negative by reversing light and shade: a bright glow emanates from below the dormitory beds with their blue frames and light orange mattresses. Honert addresses photography as a medium, making visible in three-dimensional form effects closely associated with photographic images.