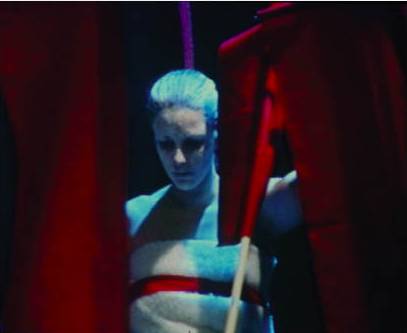 Juana de Aizpuru Gallery has the pleasure to announce “For Sale”, Tania Bruguera’s first solo show in Madrid. For the occasion 8 performances of the artist will be for sale. Six of them done in previous years, one which will take place during the show opening and, at last, one which will be for auction.
During the month of exhibition the gallery will function as a space for documentation and archive where information about the pieces for sale could be accessed. The archive will grow with the new performances the artist will do at the gallery and in other places in the world throughout the month of the exhibition.
There will be one work for auction: “New work that doesn1t exist ­yet” which consist on a performance which has not been performed , nor conceived but that will exist and will be exhibited in the future. For this reason since this moment the bid becomes open, letting as many people and institutions as they want to access through the e-mail: tania@galeriajuanadeaizpuru.com. You can also acces to the auction through ebay. If you could not acces from here make a research on ebay, introducing the number of the article (130054455980) and then you will be in the work's auction.
When the show ends, next December 8th, the winners name of the bid will be announced.
An authenticity certificate along with the property conditions will be handed in each performance, also a documental video of it.
Tania Bruguera is best known internationally for conceptually challenging works whose imagery combines political strategy, social behaviour, rumour and utopia.
Her work has been widely exhibited in museums and galleries around the world among others at Documenta 11, Venice Biennale in its 49th and 51th edition, Sao Paolo, La Habana, Kwangju, Johannesburgo and Santa Fe. Her work is part of public and private collections in United States and Europe