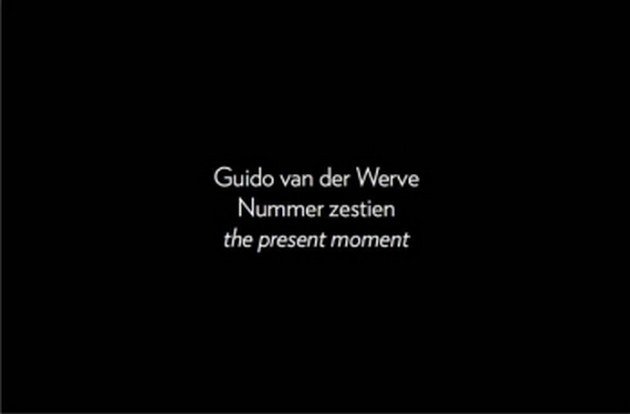 Guido van der Werve was born in Papendrecht, the Netherlands in 1977 and currently lives and works in Finland. Van der Werve pursued studies in industrial design, archaeology music composition and Russian language and literature at several universities in the Netherlands before beginning to create his first video documented performances around 2000. Since that time he has created a variety of works, including a series of film and videos and a musical composition titled by number in chronological order from two to twelve.

Recent exhibitions of his work include solo exhibitions at the Hayward Gallery in London, the Hirshhorn Museum in Washington, de Hallen Haarlem in the Netherlands and the Kunsthalle Basel in Switzerland as well as a presentation of his latest film Nummer twaalf at the Museum of Modern Art in New York. As part of the Performa 09 festival, van der Werve performed Nummer twaalf live at the Marshall Chess Club in New York. His work is to be included in GREATER NEW YORK 2010 at MOMA PS1.
www.juliettejongma.com