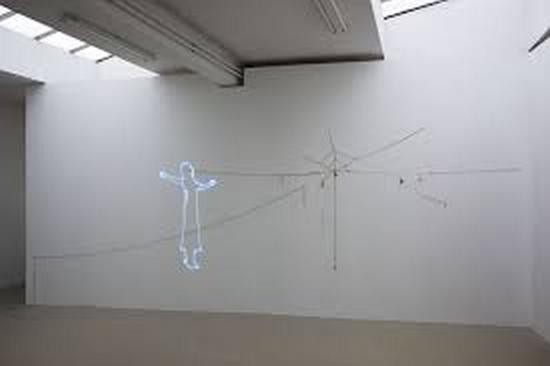 “I’M TRYING TO SAY SOMETHING, I’M TRYING TO SAY SOMETHING,” but
it’s always such a struggle to find the language, to think clearly. There isn’t really enough time for thought, at least not in the way people used to use that word-- too many updates to be checked and dishes to be washed. It’s just another mediated product of whatever telematic milieu we’re circulating in at a given moment. I used to think maybe art was about creating some little corner of autonomy, but I don’t believe that anymore. This would require a level of stability that just isn’t possible. This precarity is the logic of our time, even if the supermarkets are still stocking the shelves, making coupon offers... speculating on red wheat futures and handing out little promotional keychains shaped like groceries: everywhere we are caught between financial subjectivization and populist reaction, and live by the catechism that stasis is death.

I don’t mean this in the biological sense, because life is always a unitary physical process; the body is an aggregation of juridical routines, bits of dead stars, coping mechanisms and habits that carry us around and that we carry around with us. I mean it in the sense that we are compelled to spend our time just finding temporary solutions for dealing with a life of systematic competition, with winners and losers, struggling to secure some small measure of personal safety, or access to a platform that might afford us the opportunity to assert that our life has some value that is not subject to the abstract “laws” of the marketplace. Selfies seem like a pretty reasonable response to this constant, threatening demand to self-valorize. :)

There are other gestures, better ones maybe, modest expressions of a self presence rooted in social life. I guess it’s a sentimental thing--sharing pictures and little scraps of text with friends, maybe printing a wallet- size photo of a loved one and carry it around with your keys--where it’s close, where it’s part of your daily routine. We distribute gestures and objects in the hope that they will carry our desires into the world and give them form by producing new territories. “Hanging out” may carry an unpleasant whiff of nostalgia, but it still has the potential to produce a hiccup in the instrumentalized time>space of vectoral capital. All you need is people, and maybe the right lighting scheme. The parliament ofthings is a secondary concern, just make it fast, make it cheap and travel light. We don’t have to work quite as hard as one used to in order to visualize connections between things. What remains is to put some dents in these smooth spaces, because events require friction.