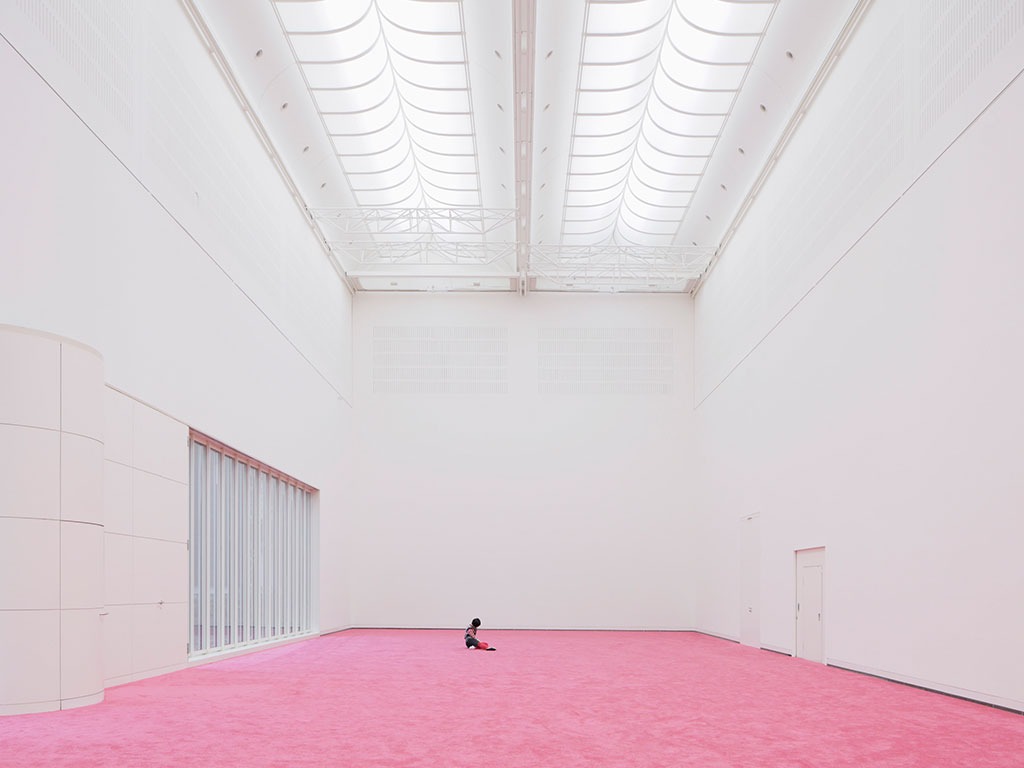 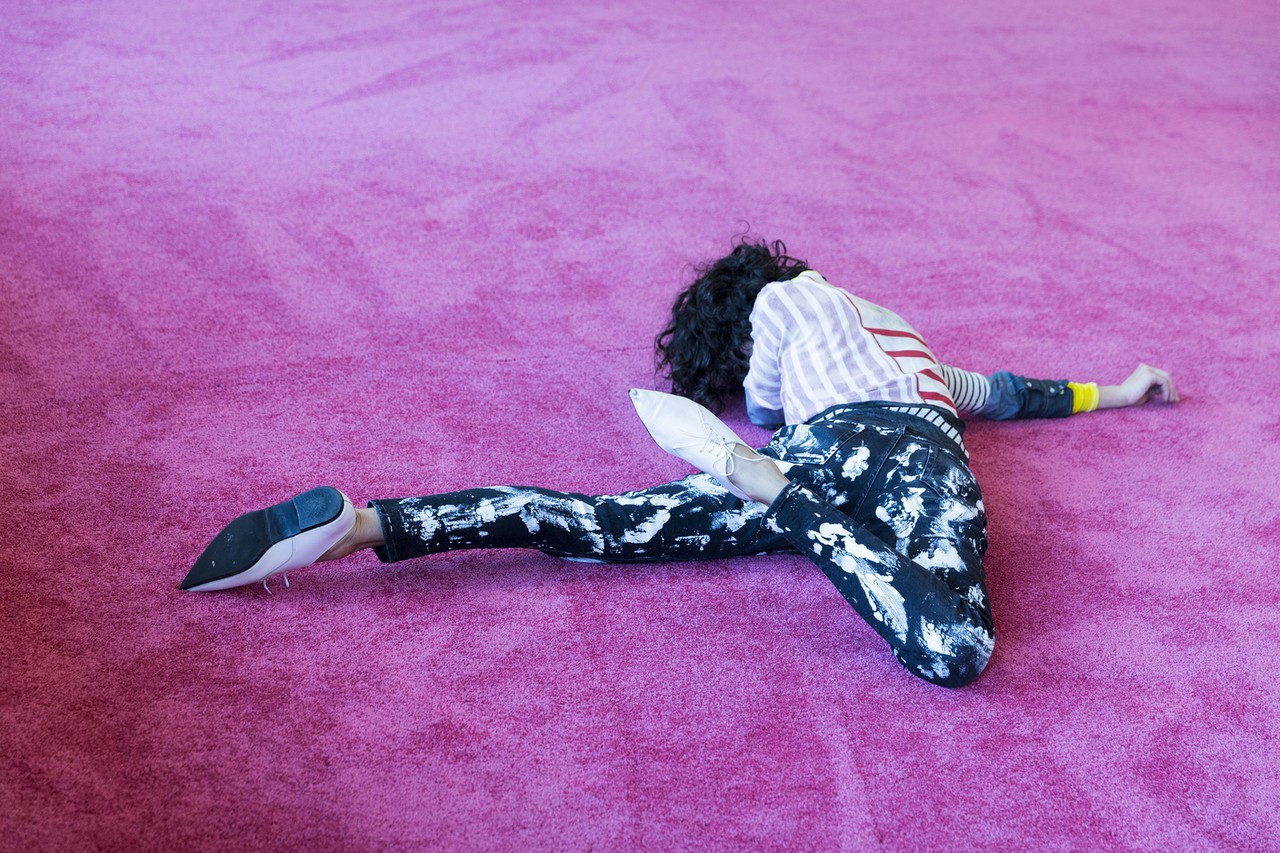 STAGING: quartet (2017)
Installation view at documenta 14, Kassel, Germany, 2017
Performer: Maria Hassabi
Photo: Fred Dott
The compelling performances and live installations of the New York based artist and choreographer Maria Hassabi (born in Cyprus in 1973) are austerely composed choreographies which involve the unfolding of decelerated movement in space. Her works, which have been featured internationally in museums, at festivals, in galleries, in theaters and public spaces, explore the intricate relationship between body and image, using extended duration and precise micro-movements to develop a radical sculptural corporeality. Here, the transitions between the slowly enacted movements of the dancers, and the time intervals that separate moments of prolonged stillness, emerge as the actual space of experience.

The artist refers to her radically minimalist compositions – which call attention to the smallest details, gestures, and bodily shifts – as embodying the “paradox of stillness.” In fascinating ways, and in conjunction with incisive elements (a pink colored carpet, specific lighting scheme, a looping soundscape), she destabilizes our habitual experience of time and space. Her works oscillate ceaselessly between the clearly-defined classifications of dance and sculpture, between intimacy and spectacle – an approach that can be seen as representing a challenging countermodel to our fast-paced times.

For the monumental space of the Grabbe Halle at the K20, Maria Hassabi will present STAGING: Solo #2, which reimagines and adapts her multi-sited installation STAGING (2017). STAGING was previously exhibited at the Walker Art Center, Minneapolis and in documenta 14, Kassel. This new iteration will feature a lone dancer on an expanse of vivid pink carpet, enacting highly concentrated, protracted, at times barely perceptible movements. Like nearly in all of her works, STAGING: Solo #2 is a site of negotiation for her powerfully subversive performances: between the performer and their task, the spectacular and the everyday; between subject and object, bystander and viewer. In consistent ways, her pieces undermine media boundaries, clear classifications, and perceptual habits, replacing these with new, not necessarily decipherable images, while activating the viewer’s sensibilities and self-reflection to an extreme degree.
www.kunstsammlung.de