Against Photography. An Annotated History of the Arab Image Foundation 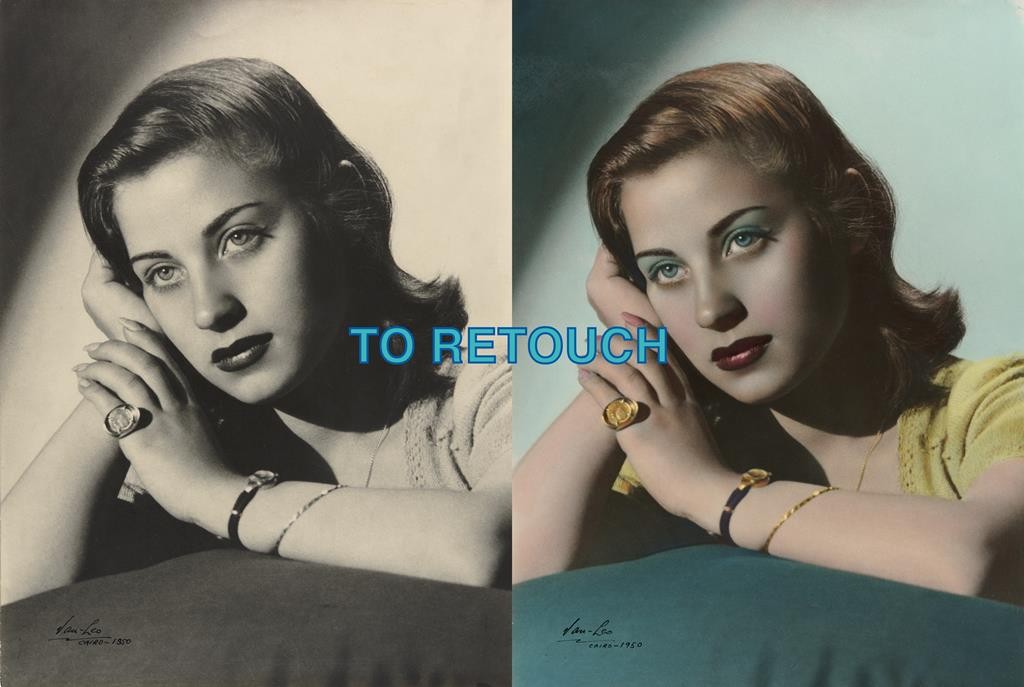 Akram Zaatari, To Retouch, 2017
Pigment inkjet print on Photo Rag Hahnemuehle paper, 100 x 150 cm
© Akram Zaatari
Photographic objects have been the centre of Akram Zaatari’s (born in Saida/Lebanon in 1966, lives and works in Beirut) artistic practice since 1995. Photographic formations or emergences, as he calls them, are the focus of this exhibition: enigmatic objects that bear traces of past events and accompany people through key moments in their lives. Cherished at times, destroyed at others, photographs are capable of provoking diverse and extreme reactions. Initially, capturing instances, they change over time. The perception of an image changes, but sometimes the physicality of the object itself is also altered as a result of its contact with the natural, social and political environment. As a co-founder of the Arab Image Foundation (1997 in Beirut) and as principle contributor to its expanding collection, Zaatari’s oeuvre represents an uncompromising contribution to the discourse on photography and its changing function over the years.

His work (video installations, films, photographic objects etc.) reflects on the shifting nature of borders and the production and circulation of images in the context of the current political divisions in the Middle East. Against Photography traces Zaatari’s various contributions to expanding our understanding of photography through a reflection on the evolution of the AIF and it’s collection. It can be seen as the outcome of an excavation that addresses the institution as a whole, extending to specific collections and photographic objects that might carry traces of wear and sometimes violence. This first exhibition of Zaatari in a museum in Germany presents an artist’s perspective that takes an archeological approach, at a distance from collecting, preservation and organizational practices.