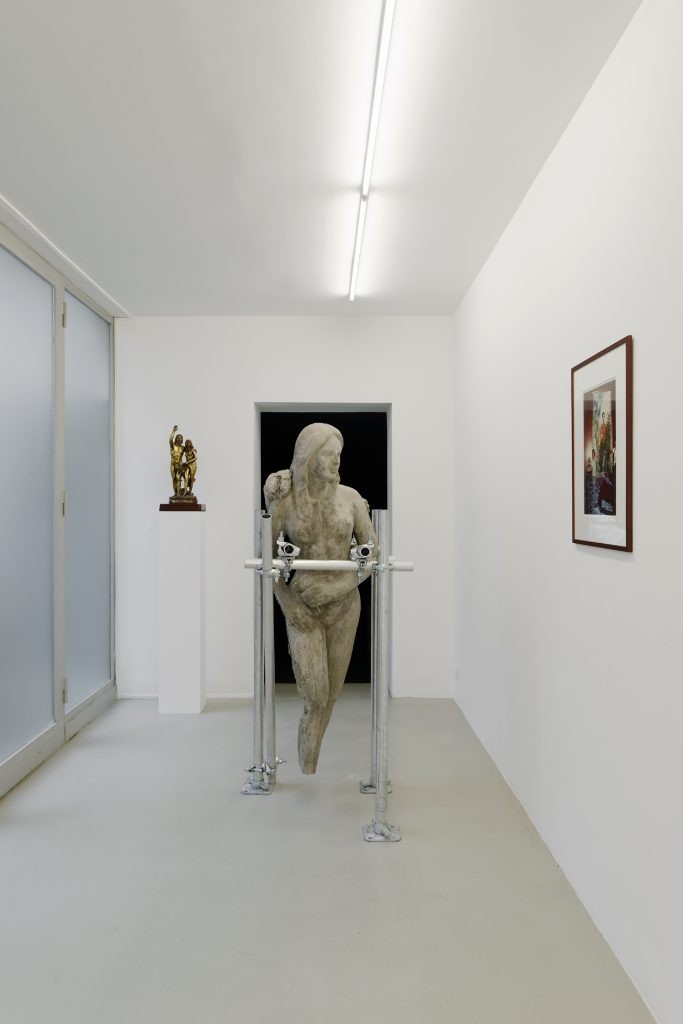 There is an expression in French which refers to observing something via its absence, through « hollow » spots (« en creux »). This describes achieving indirect insight of a situation, a way of reading between the lines. Hollowness can relate to the field of archeology, a discipline that speculates from existing objects and studies their manufacture, by man, to retrace the story of their use within their social context.

The notion of the « biography » of objects, as developed by anthropologists Igor Kopytoff and Arjun Appardurai ( Igor Kopytoff, « The Cultural Biography of Things », in Arjun Appadurai (ed.), The Social Life of Things : Commodities in Cultural Perspective, Cambridge, Cambridge University Press, 1986.), has brought attention to the artifacts themselves, their physical and legal trajectories; traveling from one owner and context to the next, each chapter adding a layer to the object’s history and value. The immutability of objects is confronted to the mutation of their interpretation.

The exhibition Conceal, cover with sand, replicate, translate, restore presents artistic projects dealing with objects in situations of conflict, and their role as vehicle or witness. The works are shown at different stages of their existence to underline the artists’ methods, an articulation of historical references combined with a response to current political issues. Pio Abad inventories the art collection of Filipino conjugal dictators Ferdinand and Imelda Marcos (1965-1986), and the propaganda artworks they commissioned, while the current regime tries to revive their memory. Chrysanthi Koumianaki compiles political slogans from the streets of Athens and translates them into a cryptic, timeless alphabet.

These works also take part in the broader discussion around the conservation and restitution of artifacts, in the framework of the decolonial process and literature of these past decades. By reproducing Mimbres plates, Mariana Castillo Deball enquires about their function and underlines mistaken restorations that led to different interpretations. Alexandra Pirici’s ongoing action will put at stake the restitution of the Parthenon marbles by the British Museum to the Acropolis Museum. Baris Dogrusöz’ video presents a study of the archaeological site of Europos Dura in Syria, where burying the citadel became a resistance strategy. While we face international crises that perpetuate conflicts of interests and underline the relationship between art and power, governance can be read through the question of cultural heritage.
www.kadist.org