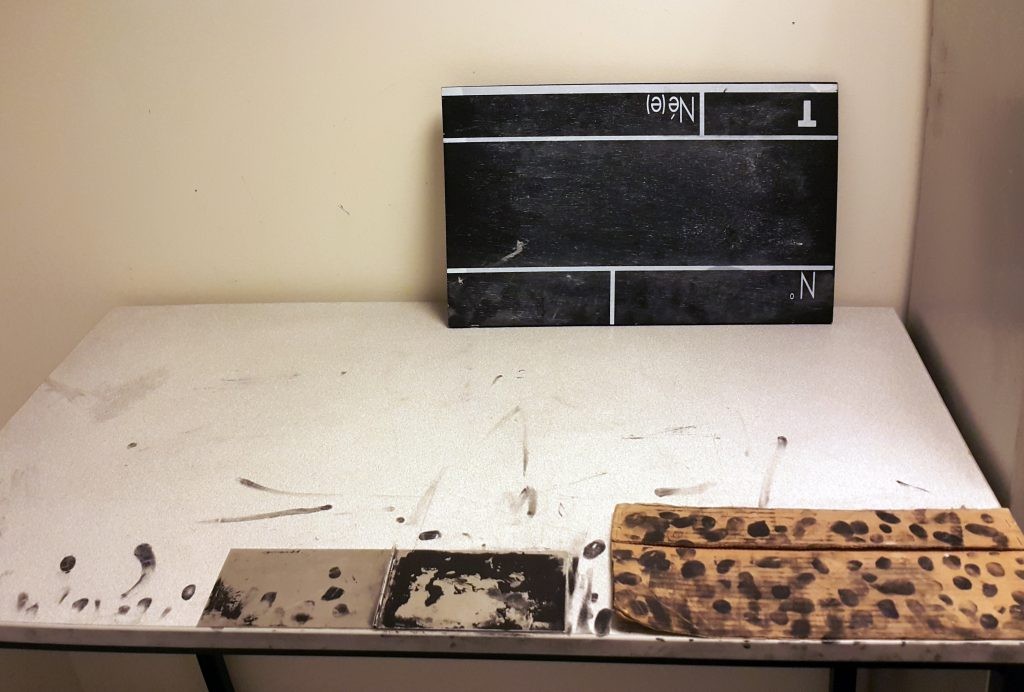 Between the World Cup in 1998 and the Euro Cup in 2016, cameras (SD, to HD to 6K) and dizzying corporate and policing algorithms, have produced and captured the slippages of profiles in and around the Stade de France. The stadium is a juridical state of exception, with its own state assigned police brigade (Transversal Service of Event Agglomerations, S.T.A.D.E), and full fledged on site prison. Here in the stadium, which is located in the north-eastern outskirts of Paris, “inner-city youth” converge to morph into at times consuming fans, at times global football stars, rowdy supporters or international terrorists.

Colin Dayan, who treats “the legal history of dispossession as a continuum along which bodies and spirits are remade,” claims that “it is through law that persons, variously figured, gain or lose definition, become victims of prejudice or inheritors of privilege.” In his exhibition at KADIST, Haig Aivazian is interested in a history of quantifiable logics as they are applied to sports and policing. Quantification, far from being applied according to stable à priori needs, creates subjects with variable legalities: from the proliferation of street lighting as a tool to curb crime, to the history of curfews, from GPS tracking sensors to surveillance software, Aivazian surveys these technologies and the kinds of subjects they sculpt in the hands of the law and capital.

In the exhibition space, Aivazian presents a sprawling installation, which seeks to enact various instances of the deployment of light and darkness within public space and sports, reflecting on the double-edged abilities of lighting systems to expose, highlight or dissimu-late subjects. The space is structured like a material index, posing limbs and skins from stadiums and public spaces —namely floodlights, electric poles and asphalt— alongside abstract drawings inspired by policing and sporting data visualization iconography.

Haig Aivazian presents the French premiere of his film How Great You Are O Son of the Desert! (part I), produced between 2009 and 2013, in which he links the figure of football star Zinedine Zidane (whose image also fluctuates between virtuoso, thug, and the “son of a terrorist whore”) to the collective figure of “inner city” youth from France’s Sensitive Urban Zones (Z.U.S). The film revisits and analyzes Zidane’s infamous headbutt to Marco Materazzi in 2006, by combining press archives, with drawings and infographics created by the artist. An electric and emotional tension runs through the film, as it also narrates the 2005 death of Zyed and Bouna: two young boys, electrocuted while trying to dodge police, and whose deaths triggered weeks of widespread rioting throughout France and the rest of Europe.

The residency and the exhibition in KADIST also contribute to the process of writing for part II of How Great You Are O Son of the Desert! Aivazian has been conducting interviews and visiting political and sporting institutions in Paris, as a part of his research for the film. This material will give room to a lecture performance on September 21.