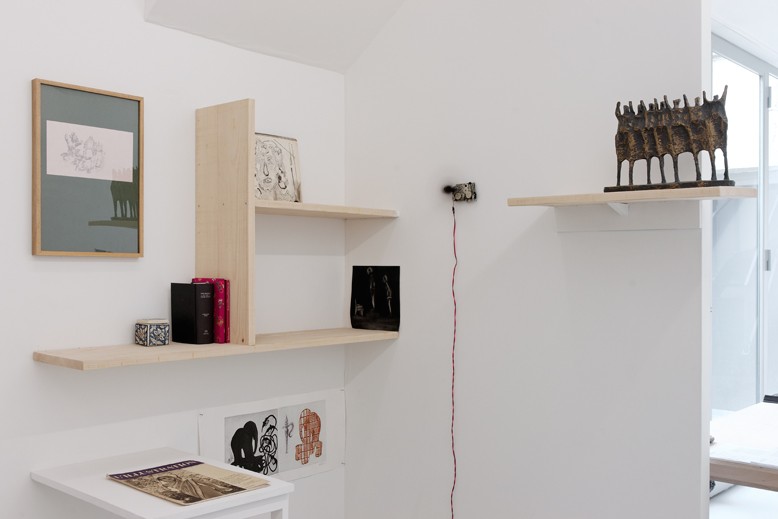 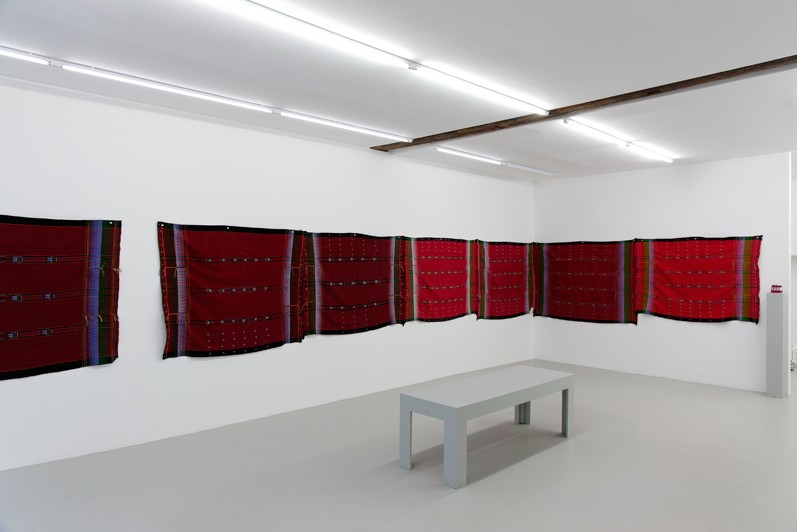 The exhibition brings together three artists from distant geographies within India – Padmini Chettur, a contemporary dancer, Prajakta Potnis, a visual artist, and Zamthingla Ruivah, a master weaver, whose works are conceptually engaged with remnant cultural forms, not as endangered traditions, rather to reinvent them in the present. These reinventions spring from the exigencies of political anguish, or the scouring for identities and representations, after the violence of cultural amnesia, experienced over the numbing of years as a kind of saudade.

These artists create a complex backdrop of the Indian subcontinent, too culturally conjoined with everything else, for any sense of nation to arise. In this word saudade, as in the name ‘Bombay’ (bom baía), is heard the persistence of a Portuguese past. Exigency and saudade, retain the tension of opposites; the consciousness of the past in the present, which permits the envisaging of what is still to come.

Padmini Chettur was trained in a tradition of dance, revived in the 1930s after a century of forced amnesia. She displaces the choreographic tradition to a minimalistic language, which visually translates philosophical concepts of time and space as they relate to contemporary experience. The installation realised in situ by Prajakta Potnis comes from her observation of the different types of architecture that compose a city. Through fissures or peeling walls, she echoes the social imaginary of the people who live within them. Zamthingla Ruivah revives the tradition of weaving, from the north-east of India, to narrate the events of a community. However, the stories she puts into geometric form, testify to a brutal political history.

In the exhibition, the works will be in dialogue with those of certain Indian artists who were living in Paris in May 1968. Nalini Malani described her time in Paris as a ‘prise de conscience’. She lends to the exhibition a small papier mache head, For the Dispossessed made in Paris in 1971, out of the vivid pages of Le Nouvel Observateur, and referencing photographs of refugees fleeing the genocide during the Bangladesh Liberation War. Demonstrators a sculpture by Krishna Reddy, is an eidetic memory of students outside his window in Paris in 1968. The last is a ceramic mask made that year in Paris, by the polymath artist and magician Jean Bhownagary.

Certain gestures – of dance, theatre, magic or music – can come close to those used in protest marches, and fall under social engagement, asmuch as art. The curatorial collaborative Clark House Initiative, based in Bombay, develops a project with Kadist Art Foundation, intertwining artistic practice with historical contexts, to envisage possibilities of an after.
www.kadist.org