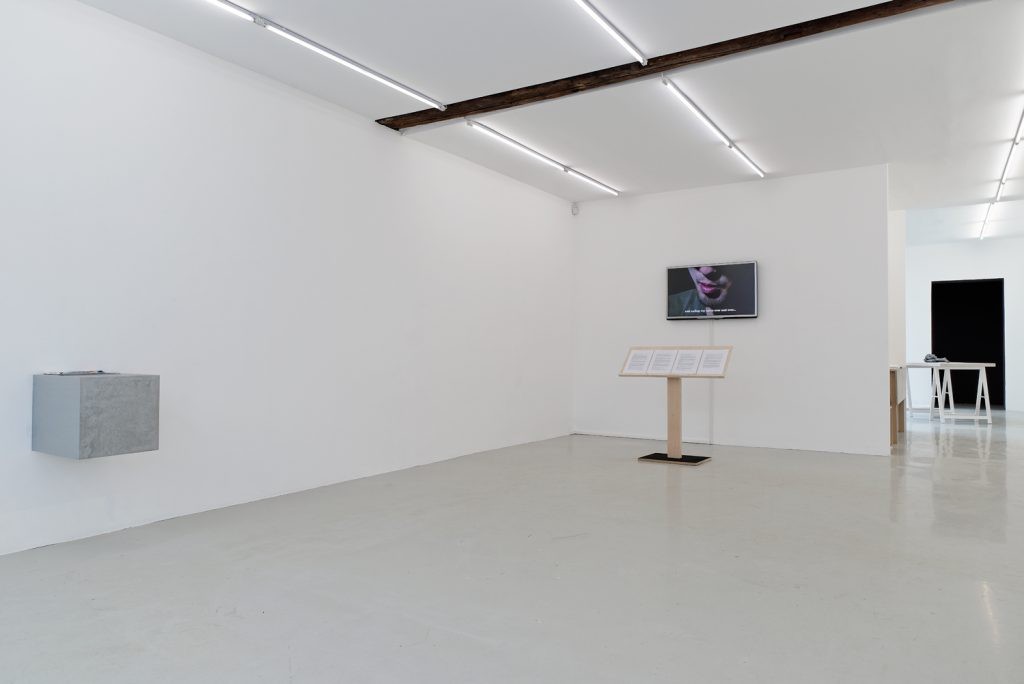 Kadist Art Foundation is pleased to announce Theory on the Desk, first solo exhibition in France of Japanese artist Meiro Koizumi, in residency at Kadist from August to October 2014.

Extracts from a letter to a legionnaire

Dear Sir,
(...) Currently in residency at Kadist Art Foundation in Paris, I came up with the idea of meeting and interviewing a Japanese soldier engaged in the French Foreign Legion.

As you may be aware, we have been having big political discussions around the right to collective self-defense; whether we should allow this right to exist again or not. The Cold War was ended 25 years ago, and Japan is finally facing the new reality of post-Cold War international politics. This problem has always been lying at the bottom of our daily lives, unconsciously. However, people in Japan haven’t had enough sense of urgency to imagine and situate Japan within the violence and poverty of the world. Now it is time for us to pay the price of our ignorance over the last quarter of century. That’s how I interpret this situation.

But unlike most ordinary Japanese people, you volunteered to engage yourself into the violence and poverty of the world. I am very curious to know what pushed you to make this leap. Over the last years, I have been interested in Kamikaze attacks, and I have interviewed a few survivors. I listened to why they volunteered 70 years ago, and their motives and reasons were so pure, and therefore so tragic. I often wonder what I would have done 70 years ago if I were around 20 years old. I don’t have clear answer yet.

It may be slightly simplistic to compare the Kamikaze with the Foreign Legion, but I imagine there is some similarity in the strength and bravery of one’s mind to push your body towards danger. It would mean a lot to me to meet you and to ask you why you joined the Foreign Legion, what kind of daily life you have, and how you see Japan from your perspective. I don’t want to make it too formal, but I hope you will agree to offer me some of your time.

Giving equal importance to the collective history and to its impact on families, couples and individuals, Meiro Koizumi’s works focus on key moments of Japanese modern history, revealing its underlying violence and its impact on current society. Rendering visible what is not shown, what is not said, reversing tradition, questioning the humiliation and the guilt arising from Japan’s defeat in the Second World War, scrutinizing commonly shared repressed desires and degraded humanity, as well as exploring the recent resurgence of nationalist myths, are but a few tasks that Meiro Koizumi dedicates himself to in his video works, but also in his performances, drawings and collages. In a deliberately melodramatic atmosphere, and by means of specific work on the text, the acting as well as on the editing, his videos try to give back voices to an unresolved past, between personal mythologies and historical narratives. This imaginary is also deeply inscribed into the bodies of his protagonists, whom the artist often embodied himself to begin with, before gradually having them played by others. During the editing process, the artist does not hesitate to cut and mix sequences in order to highlight different points of view on a same story and to embody the multiple contradictions which inform both Japanese history and contemporary identity, between duty of memory and right to forget.

Continuing with these notions, the exhibition Theory on the Desk presents a group of new works, produced during the artist’s residency at the Foundation. Dealing with the experience and the representations of war and survival, the artist is currently working on a video recording the story of a survivor of World War II, Mr Harada, who lived through an American bombing of the city of Maebashi when he was eight years old. The film questions the ways to narrate such an experience, between personal trauma and the necessity to deliver a testimony.

Still in relation to war, yet seen from the side of an individual’s commitment, the letter opening this press release refers to another part of the project, the artist’s attempt to meet a Japanese citizen enrolled in the French Foreign Legion, in order to enquire about the reasons of his decision and his daily experience. In dialogue with these works, Meiro Koizumi also dedicated his residency to a new sculptural piece, made of fragments of a child’s body, exposed on a table like archeological findings, as another way to evoke this relation to the exposition to danger, the loss and the destruction.

The title of the exhibition Theory on the Desk is inspired by the Japanese translation of “armchair theory”, an English expression suggesting a theoretical approach to issues rather than a practical one.
www.kadist.org