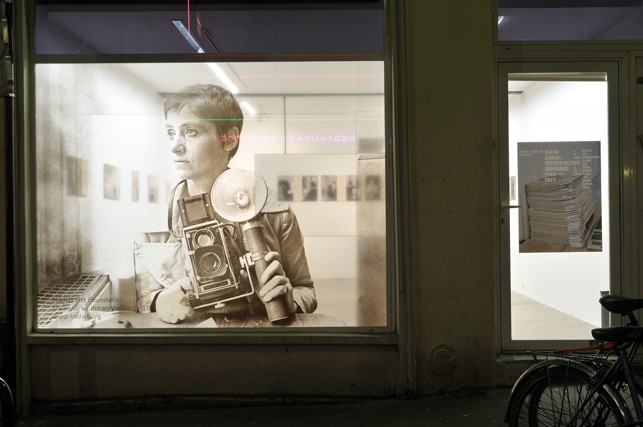 This first retrospective of the works of Diane Arbus (1923-1971) ever organized in France, brings together all the images commissioned to the New York photographer by the Anglo-Saxon press in the 1960s.

The exhibition will present the original pages of the magazines, which correspond to the first appearance of these photographs: Harper’s Bazaar, Esquire, Nova, The Sunday Times Magazine... While some of these photographs have become icons of contemporary America, others are yet to be discovered. The variety of subjects dealt with offers a wide perspective on Diane Arbus’ talent, ranging from anonymous of celebrity portraits (Norman Mailer, Jorge Luis Borges, Mia Farrow, Marcello Mastroianni, Madame Martin Luther King...), children’s fashion, to several “photographic essays” where the images are credited or commented by the photographer herself (“The Vertical Journey,” “The Full Circle,” “Auguries of Innocence”...). The unprecedented connections realized in Pierre Leguillon’s display underline the actuality of this major 20th century practice.
www.kadist.org