This is Utopia, to Some 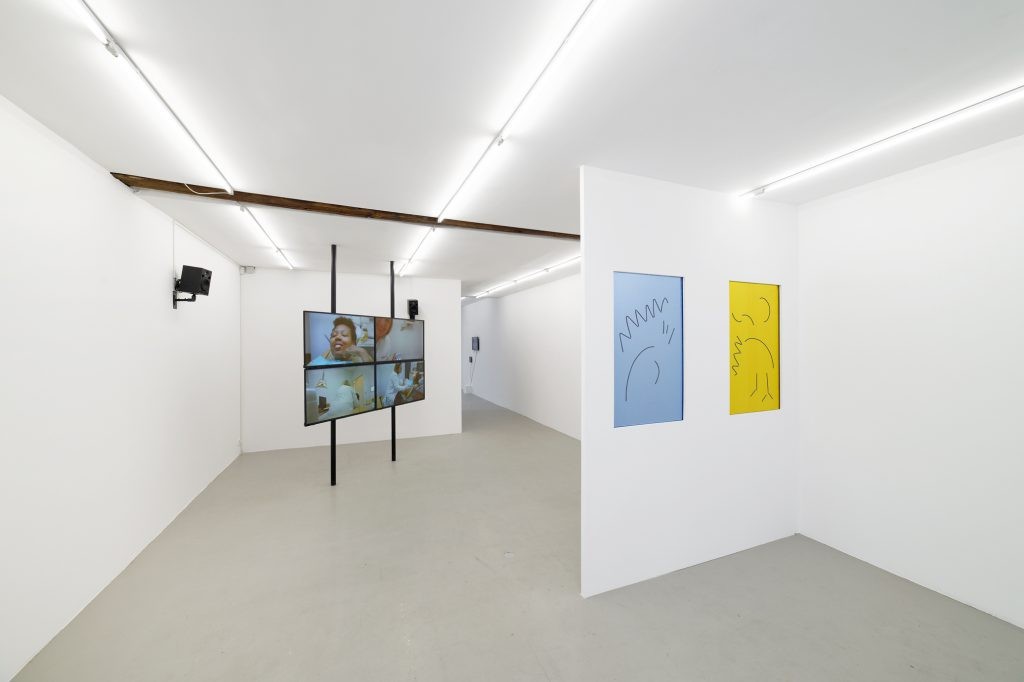 The exhibition This is Utopia, to Some1 conceived in collaboration with curator Elise Atangana, rearticulates visual narratives revealing a multiplicity of subjectivities and hybrid identities that coexist and interact. The distinction between what is legitimated by the museum display and “ the culture of everyday life, which was thus de-valued as the denigrated product of mass-culture or as the de-valorised folk-culture of the urban masses”2, in other words, the distinction between high and low culture – has been rendered obsolete. Instead, the definition of art should include the practices of artists who create their own editorial platforms, generate autonomous models outside the art world, as tools of visibility. They intervene at the intersection of private language and public communication and modify the relations between artist and audience. New rituals of re-appropriation, translation, and sharing of personal and collective experiences fuel the circulation of images, maintaining links between the past, present and future. By referring to specific sources as a form of resistance, transposed, translated into different fields (from graphic design and fashion, to music and literature) the participants of this exhibition generate formal languages that stimulate political imagination.

Cultural inheritance generates specific knowledge and implies ownership. It is not public, it is privately owned. The question of sources and of the responsibility toward histories requires special care during translation. Chloé Quenum’s series of Allegories appears as a formal abstraction. This series comes from her research in West Africa (Benin and Togo) on notions of origin and transmission through fabrics. The systems and graphic compositions on wax fabrics have specific meanings. The artist transposed these representations onto cathedral glass. Light reflection and glass vibration displace the reading of these patterns from their original context.

This echoes Steffani Jemison’s way of looking at how an experience can be at once aesthetic, ecstatic and intellectual.

Power listening (Power power power power) results from a collaboration between Steffani Jemison and Justin Hicks with the inhabitants of a housing project in Brooklyn during Summer 2017. During the workshops, a listening session led to a collective transcript of an audio piece onto paper. From that experiment, Steffani Jemison produced a large drawing on velvet entitled Power listening (How would we ever get over / over), to explore the correlation between drawing and writing.

Cbt (coding : braiding : transmission) is a collaborative performance and video installation conceived by Isaac Kariuki with artist and writer Tamar Clarke-Brown, in which braiding textures and gestures are translated into coding language. Using GoPro cameras and movement detection software, Isaac Kariuki echoes contemporary forms of policing that use technology to identify individuals. “Surveillance is nothing new for black folks”3 . This work is to consider in relation to the recognition of Black bodies in the Western public space, whilst hair braiding is part of a historical and cultural tradition that has spread throughout the African Diaspora.

Martine Syms’ practice explores how, in our highly mediated digital age, the production of images is linked to the production of identity. In 2012 she conceived the editorial platform Dominica Publishing, an imprint that is “dedicated to exploring blackness as a topic, reference, and marker, and audience in visual culture. SHE MAD: Laughing Gas, Syms’ 2016 video installation, couples the form of the sitcom with omnipresent social media and phone screens as our quotidian backdrops. Syms’s Laughing Gas uses Edwin Porter’s 1907 silent film of the same title as a starting point for constructing a history of representation that extends into the present. Starring African American actress Bertha Regustus, the original film is, “an early example of black women having a kind of subjectivity,” says Martine Syms.

This is Utopia, to Some underlines the complexity of identities while showing their continuity. In that sense, the projection of a hypothetical future by the artists could be presented as mutiple vernacular practices, which explore their own histories, modes of existence and re-appropriation, to counterbalance the representations framing our everyday life.