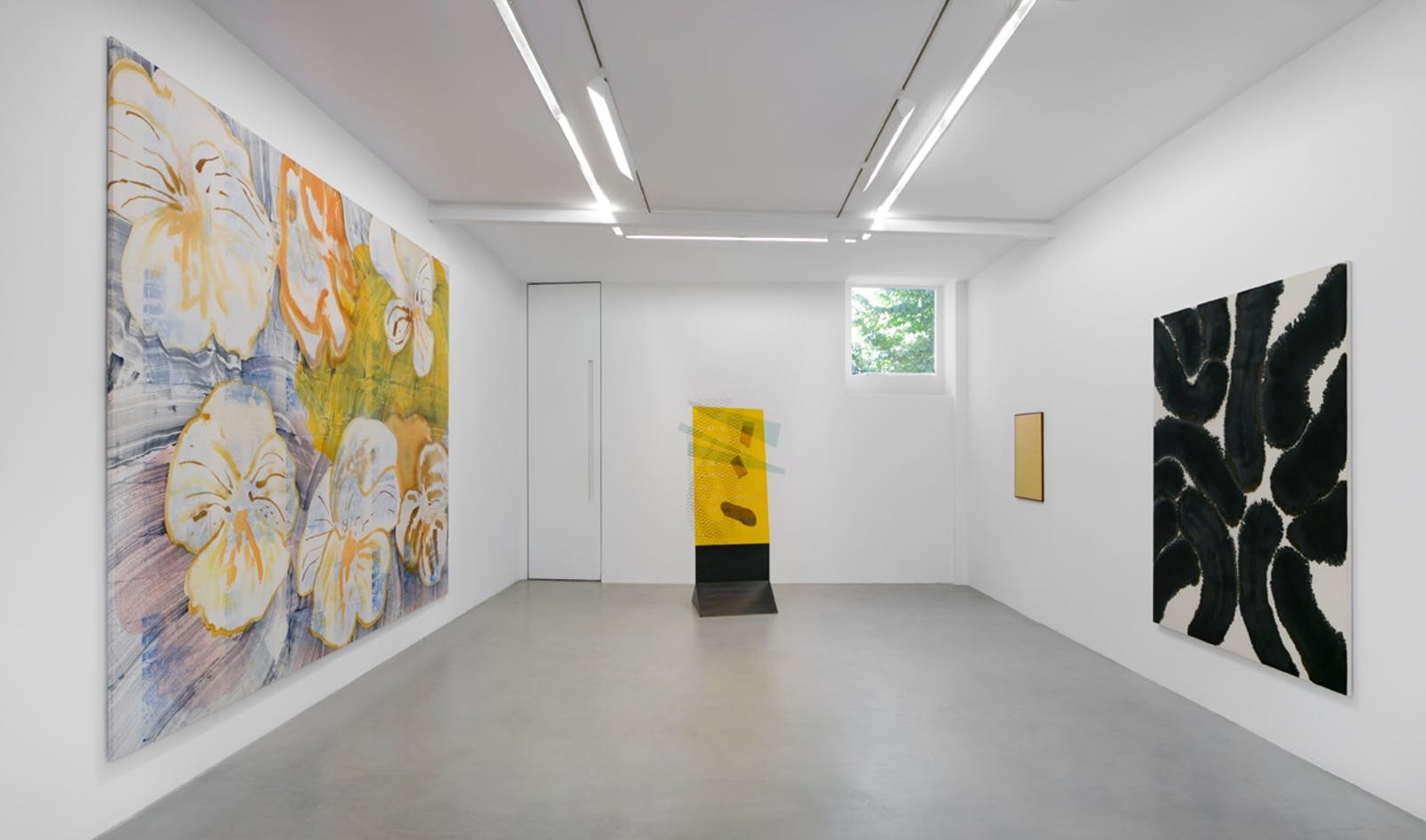 Et l'on s'aimera encore...
With the galerie kamel mennour celebrating its 20th anniversary this autumn, we are bringing together thirteen of our younger artists for the exhibition Été indien. There's no theme; instead, the exhibition is intended to reflect some of the inquiries and concerns animating the emerging contemporary arts scene. From the figurative to the abstract, from the politically engaged to the iconoclastic, the works on show deal with a wide range of subjects: the anthropocene, founding myths, spirituality, language, nature, science, vernaculars, as well as the pressing concerns of our societies... Taken together, what emerges is a portrait of a generation of shifting identities in a changing world.

Été indien, an ode to our contemporary moment, creates dialogues between the exhibited works without privileging one medium over another, with the pictorial works of Latifa Echakhch, Liam Everett, Christodoulos Panayiotou, David Hominal, and Matthew Lutz-Kinoy encountering the photographic works of Mohamed Bourouissa and Robin Rhode together with the sculptural works of Camille Henrot, Petrit


The exhibition « L'été indien » is accessible from Tuesday to Saturday from 11am to 7pm at 47 rue Saint-André-des-Arts, Paris 6 and 28 avenue Matignon, Paris 8.