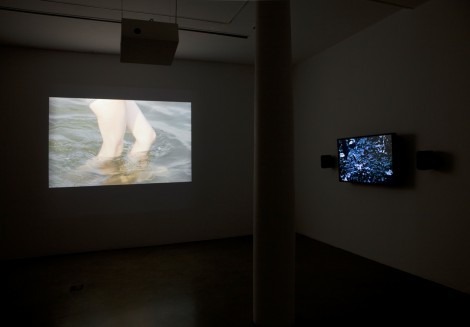 Images think. And images are expressions of a thought. That thought is not necessarily intellectual –it can be sensorial, personal, even intimate.This exhibition constitutes an attempt to explore the forms of thought for which the image is the witness, the repository and the source. Bringing together contributions from eleven artists, all hailing from different chronological and geographical contexts, it presents this community that has come into being, at the centre of art, through its treatment of images.

Images are memories. Through their existence alone and their selection in the exhibition, it manifested the aspiration of each participant to preserve or examine a moment of time whose fragility and very profound beauty they understand. In this sense, it displays an intimate and powerful relationship with the progress of life. And, injest, it enters into a dialogue with the interrogations of History.

Images are representations. They re-present a reality, which has signalled itself to these artists as the matrix of their creation. By distinguishing them, they have ennobled them and brought them into another world, endowing them with a distinct status. Often, the object of representation is considered as having little dignity.
Its entry into this very space changes everything and constitutes, through its realisation, a symbol of the transformation of the real by the alchemical operation of art.

Images are fictions. They know they have been invented, forged, and this by the artists themselves, by others in the capturing of their iconography, or recaptured by artists in the archives they explore. They know they are false, and this very falseness gives them more credibility. As they are fictions, they are also discourses, and it is up to each artist to make this perceptible to everyone.

Images are emotions. The emotion is that which is felt by each artist on discovering them for the first time, or on conceiving the juxtaposition between them all. It is an emotion on the move, which does not stop, itfollows life until the sense of an ending has been reached. In slide shows, this incessant journeying is constantly exhibited, offered to another traveller, who contemplates the work of art.

Images are the imposition of the irrefutable. While the continuous strata that make them up pass one by one in front of our eyes, they seem, in their diversity, to make up a unified whole, a coherent set of words. The gaps in between lead us to imagine, for an instant, that this irrefutability is entirely unnatural. The moment of illusion is the miracle that, for an instant, they have made possible.
www.galeriemennour.com