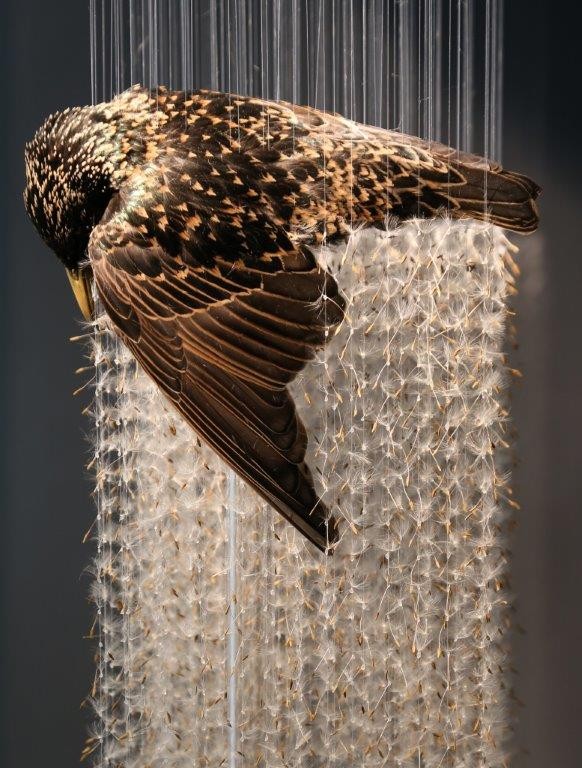 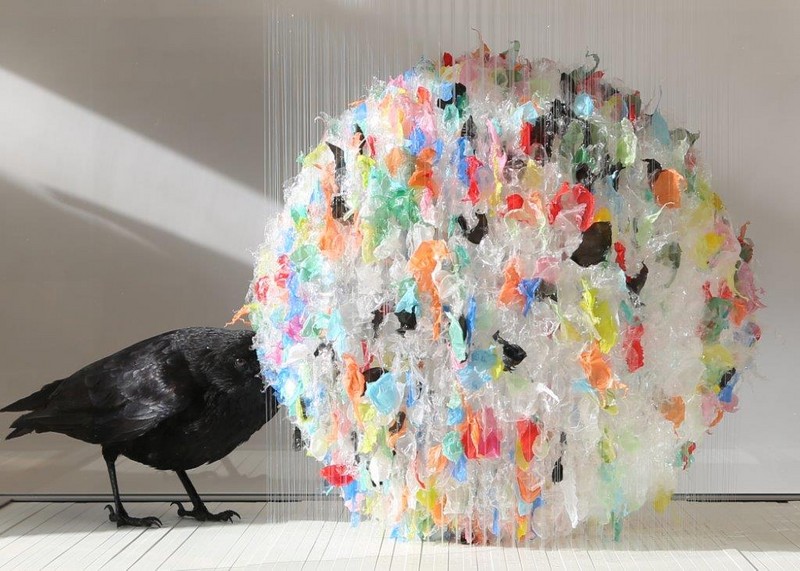 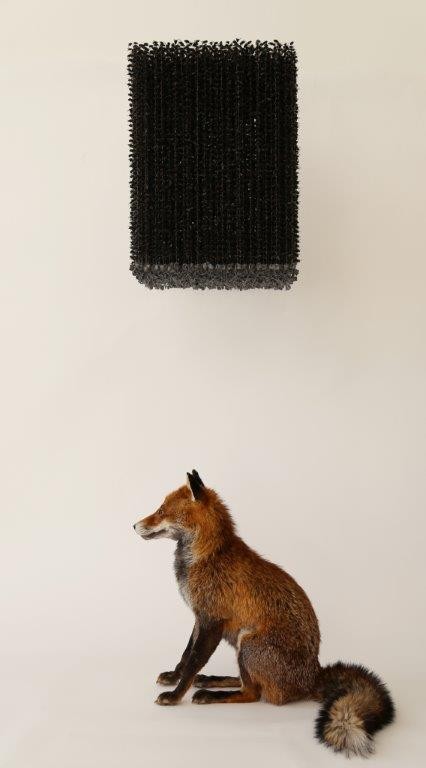 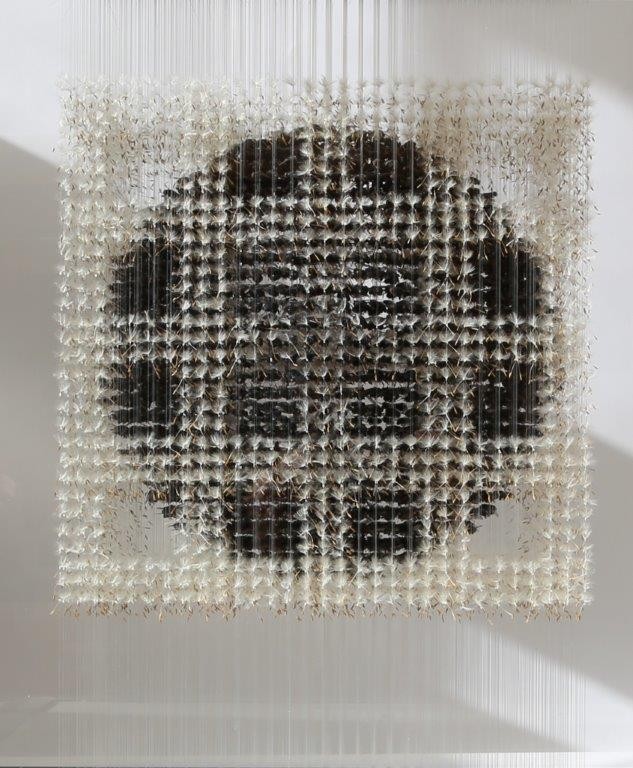 Claire Morgan stages dramatic interactions between animals and nature in her work. In doing so she employs a concept of nature that is permeated by her highly-developed environmental awareness and references the careless way mankind has exploited the planet’s natural resources. I explore situations where nature interacts with that which challenges it (us and our by-products). (Morgan)

Morgan demonstrates both the potential for conflict that arises when one is confronted with an increasingly artificial environment, as well as the possibility of a harmonious coexistence of nature and culture. At the same time, her concept of nature encompasses the natural cycle of life and death, appearing and disappearing. Against the backdrop of the artist’s sensitivity to ecological issues and phenomena and the title she chose for this exhibition, “The Slow Fire”, her works can be read as contemporary representations of vanitas. In his most recent, posthumously-published novel, The Pale King, the American author David Foster Wallace (d. 2008) uses the term slow fire to describe the idea that everything is vain and pointless, an idea that Claire Morgan takes up: ...that we are nothing, that our only certainty as individuals is a life of unspecified duration, and then a death. (Morgan)

The protagonists of Morgan’s scenes are expertly preserved animals prepared by the artist herself that – standing in for humans –illustrate the changing relationship between life forms and habitat by means of comparison with their surroundings.

In Bound (2014), a raven stands before a large sphere that appears to be an oversized, softly transparent multicoloured flower. But the ‘petals’ are in fact polyurethane scraps, which means that the flower is actually just recycled plastic. Claire Morgan gives this encounter a fateful connotation that is strengthened by the title “Bound”, which symbolises the relationship between humans, animals and the environment. The installations Morgan creates are not frightening, but rather scenes of quiet beauty that seem to re-establish the harmonious unity between nature and culture, animals and the environment.

In her precisely balanced, ethereal installations and scenes Morgan surrounds the taxidermy animals with mathematically exact polygons and spheres as well as implicitly architectonic, symmetrical objects. They are delicate webs, made of translucent and weightless materials such as dandelion seeds, fruit flies or shredded plastic sheeting that are then strung onto fine nylon thread. These fragile constructions are usually structured as spheres or cages that often surround the animals as though in a fairy-tale sleep.

In Hangover (2014), a startlingly lifelike red fox sits proudly, its bushy, shining tail curving elegantly around its body. Above the graceful animal hangs a deep black box, like an impending doom, which upon closer inspection reveals itself to be composed of a thick mass of blowflies. The double-meaning of the term “hangover”, referring both to the unavoidable process of sobering up that follows drunkenness as well as to the literal meaning of “to hang over”, lends itself to a metaphorical interpretation: the inevitable encounter with death. Yet the imminently-awaited event itself is absent: instead, both elements hover in a timeless rigidity in which the metamorphosis of physical reality is interrupted and a metaphysical plane of existence is opened.

Morgan’s works prove themselves to be contemplative compositions in which the movement of the creatures is brought to a halt, apparently trapped in the liminal state between earthly existence and transcendence, questioning the fundamental opposition of nature and culture, life and death, flesh and soul.

Claire Morgan has had solo exhibitions in Belfast, London and Paris and has taken part in numerous international group exhibitions, including in 2009 at the Palais de Tokyo in Paris and in 2010 at the Museum of Arts and Design in New York. In 2004 she received the Annual Bursary Award from the British Society of Sculptors and the Royal British Society’s Roy Noakes Award, and in 2006 she was awarded the Premio Fondazione Amaldo Pomodoro by the Fondazione Pomodoro in Milan.
In 2014-15 comprehensive exhibitions of her work will be shown at the Osthaus Museum, Hagen and at the Stadtmuseum Jena.