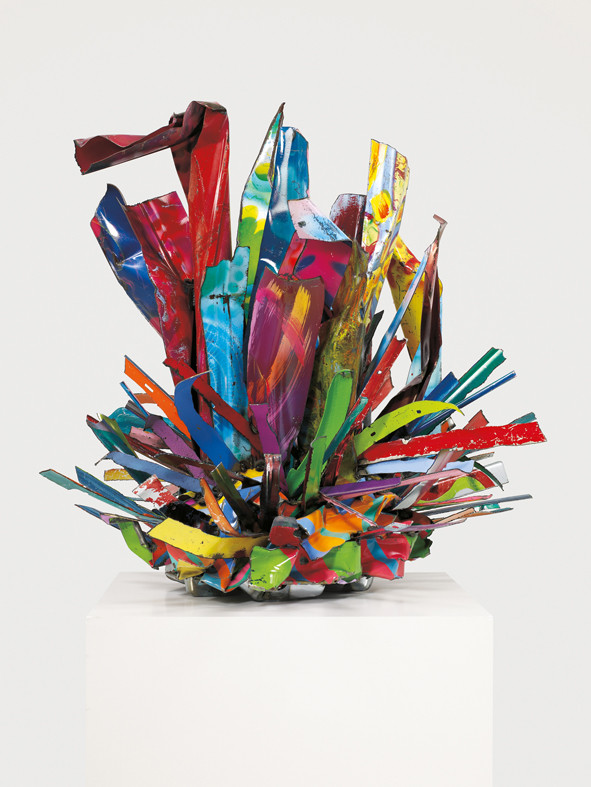 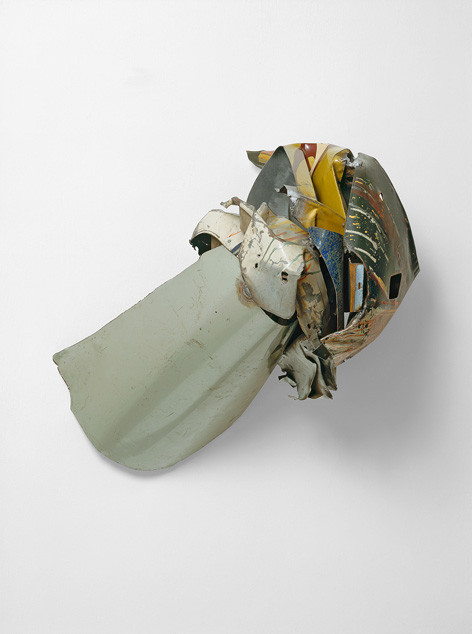 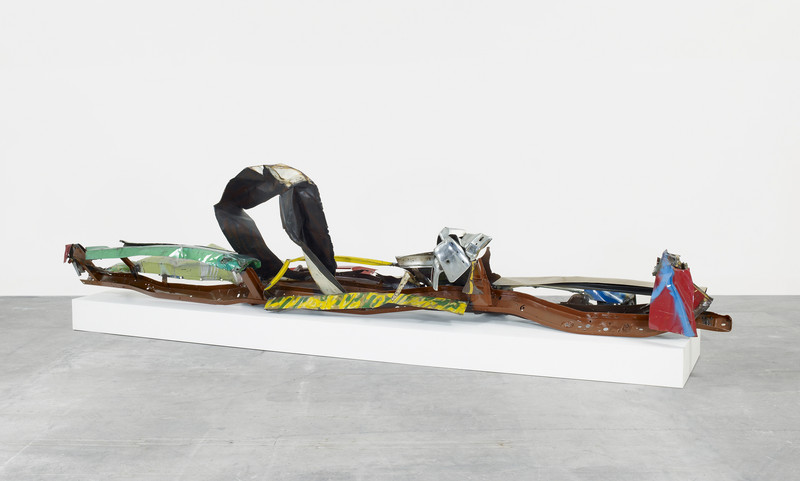 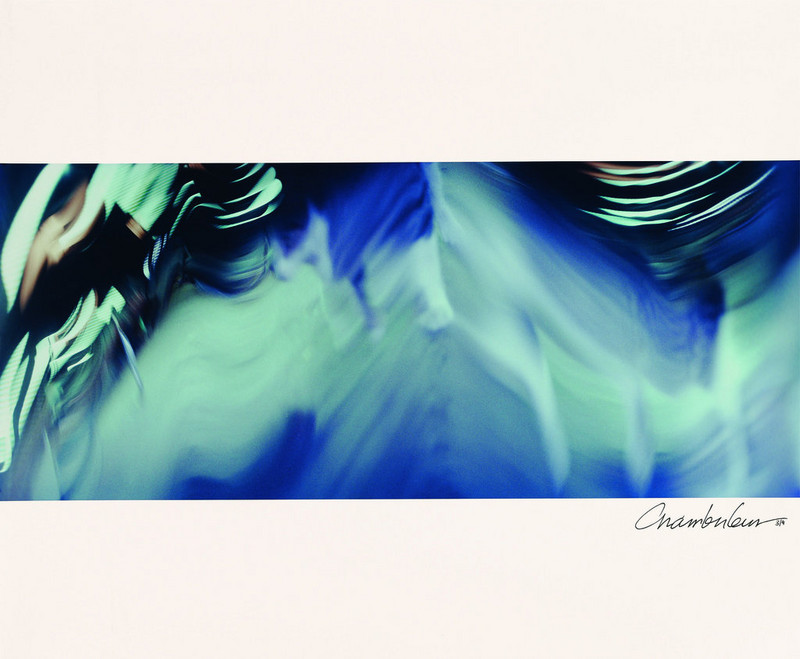 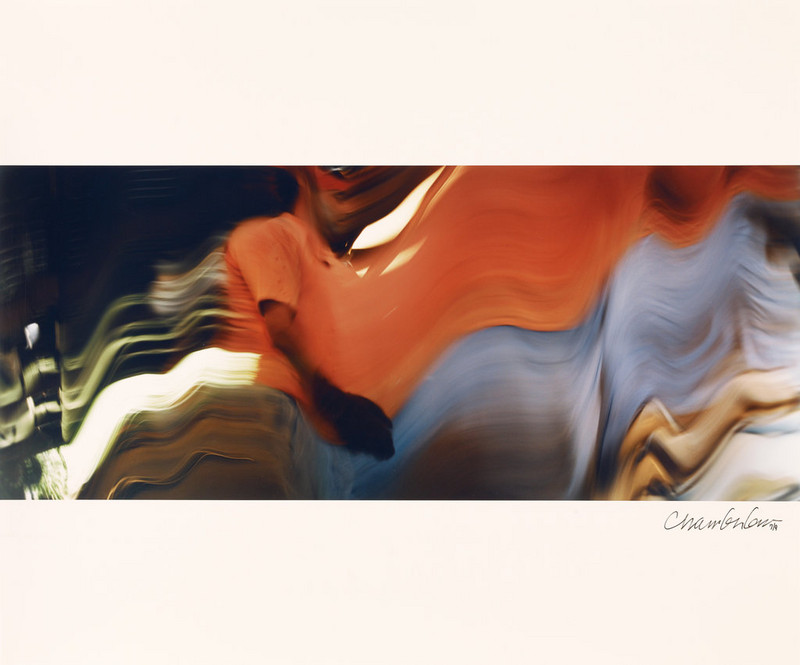 Representing John Chamberlain for over 30 years, Galerie Karsten Greve is pleased to announce John Chamberlain – Sculpture and Photography, opening January 29, 2016, on view until April 9, 2016 in the Cologne gallery space. Ranging from sculpture, photography and film to painting and prints, the artistic output of American sculptor John Chamberlain embraces a number of disciplines, all informed by an intuitive, almost ritualistic creative process, with the artist’s judgement and ingenuity as guiding principles. Featuring a selection of sculptural compositions, works on paper and photographs – all acquired by Karsten Greve personally from the artist himself - the exhibition enshrines Chamberlain’s most marked forms of expression, exemplifying the developmental trajectory of the artist’s oeuvre and allowing for a truly all-encompassing experience.

Instinctive improvisation, the tireless pursuit of discovery and the devotion to challenge common notions of sculpture constituting distinguishing features, Chamberlain’s creation stands independently, futile attempts to align Chamberlain with various, sometimes conflicting, categories and artistic movements only emphasizing his elusiveness and singularity. Associated with being almost singlehandedly responsible for placing metal car parts in the historical framework of sculpture, Chamberlain’s artworks and use of colour have left many perplexed. Oscillating between the realms of Abstract Expressionism, Minimalism and Pop, they have continuously astounded critics while capturing the imagination of fellow artists.

Firmly rejecting any speculation surrounding readings of his at times allusive work titles as well as alleged social commentary, the artist’s brightly coloured works resonated with a distinctly American consumer culture obsession. Simultaneously viewed as devoid of meaning or even an embodiment of inexpressiveness while on the other hand as referential in a specific cultural context, this again positioned him at the core of a similarly complex discourse.

While Chamberlain has worked in a multitude of ways within his artistic equation, it was in 1956 that he developed his signature method of assemblage in a moment of fateful invention, sustaining the myth of American post-war art created by a confluence of inspiration, brawn and coincidence, at the same time led by visceral yet controlled creative intuition and intent.

Perhaps unwittingly, his beautifully balanced and weighted sculptures often acknowledged ancient precedent in the form of imposing monoliths, initially establishing a perceptible visual connection to the works of David Smith, Franz Kline and the vivid palette of Willem de Kooning, underscoring his uncanny ability to create instinctively. Driven by his interest in the interaction of volume, configuration and colour, his practice evolved towards aggressive manipulations of shapes by vigorously distorting materials, only to revert to more compact volumetric configurations. Initially consisting of small found metal parts, then limited to discarded car wrecks, subsequent works transitioned into larger welded versions of bent and twisted steel, which then matured into confidently monumental bonfires of metal incorporating elements fresh from the car manufacturing plant. His aim was to achieve a state in which every single element would find its perfect position within the overall structure, during a crucial, final moment, referred to by himself as “the right fit”. A perennial insurgent, Chamberlain also dismissed the formalist prohibition deriding the use of colour in sculpture, adding additional levels to already existing hues of the slick industrial palette to his works.

Reciprocal to his sculpture, the central theme of ‘bending space’ reoccurs in Chamberlain’s equally spontaneous, performative, gestural and improvised photographic compositions, again revealing his experimental yet simplistic approach to creative processes. Using a wide-lux camera originally developed for panoramic images for rural and urban documentation purposes, Chamberlain embarked on a journey of photographic experimentation in 1977, capturing wide-angle formats while spatially manoeuvring and churning the camera with vigorous manual movements during the gradual exposure period. In a near cinematic fashion, it allowed him to capture a series of successive instants within a single frame, resulting in images depicting spaces in wild motion, by conflating outlines, structures, colours and light into weightless forms, celebrating the unexpected outcome.

Highlighting the substructures fundamental to his work, Galerie Karsten Greve’s exhibition delineates Chamberlain’s artistic progression through signposting incarnations such as Silver Plait (1976) and the later Bloodydrivetrain (2007), as well as two works on paper and a selection of characteristic photographic works. Displayed in the 2012 Guggenheim ‘Choices’ exhibition, Gondola Charles Olson (1982), part of a series of thirteen large-scale, floor-based works, each named in tribute after an American writer, poet or creative intensely engaged by language - Olson himself a semanticist - provides a focal point for the show. An excerpt from the Kiss series (1979) emanates in a singularly sensual way the unparalleled energy inherent in all of his works.

Born in 1927 in Rochester, Indiana, Chamberlain attended Black Mountain College in the mid-1950s, a space where a vivacious exchange among his artist and poet contemporaries of the likes of Charles Olson, Robert Creeley and Robert Duncan, was to profoundly impact his successive career. By the early 1960s Chamberlain’s work had already found its ways into a number of significant collections; in 1961 it was exhibited at the São Paulo Biennale, in 1964 at the Venice Biennale. In 1971 both the Guggenheim Museum in New York City and the Museum of Contemporary Art in Los Angeles dedicated major retrospectives to him, followed by prominent shows at the Kunsthalle Baden-Baden (1991) and the Stedelijk Museum Amsterdam (1996). Over the course of his creative period, he had studios in New York, Florida and finally Shelter Island, where he worked until his passing in 2011 in New York.