Roger Ballen. Asylum of the Birds 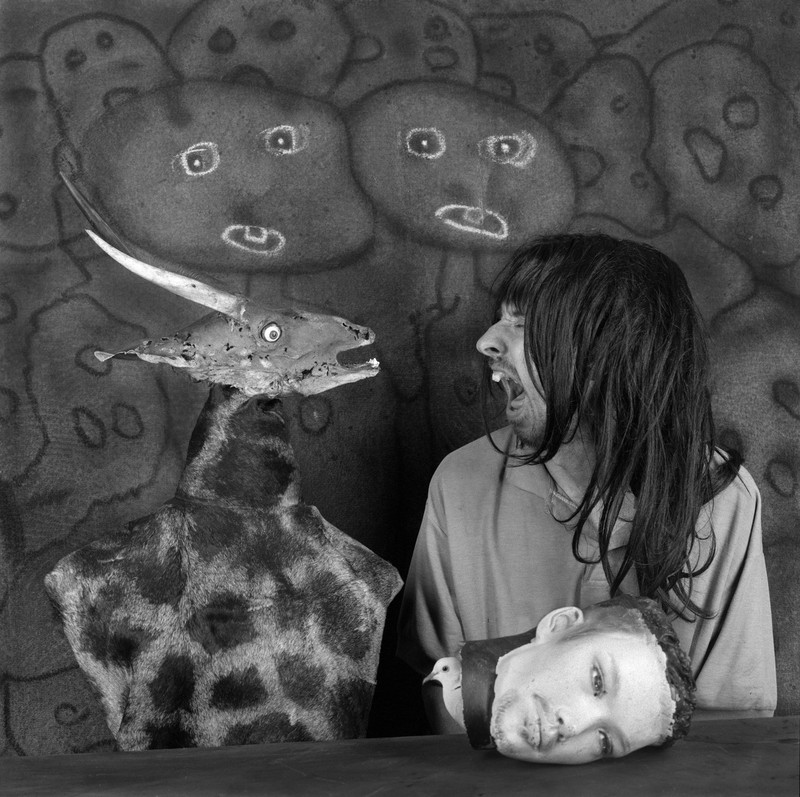 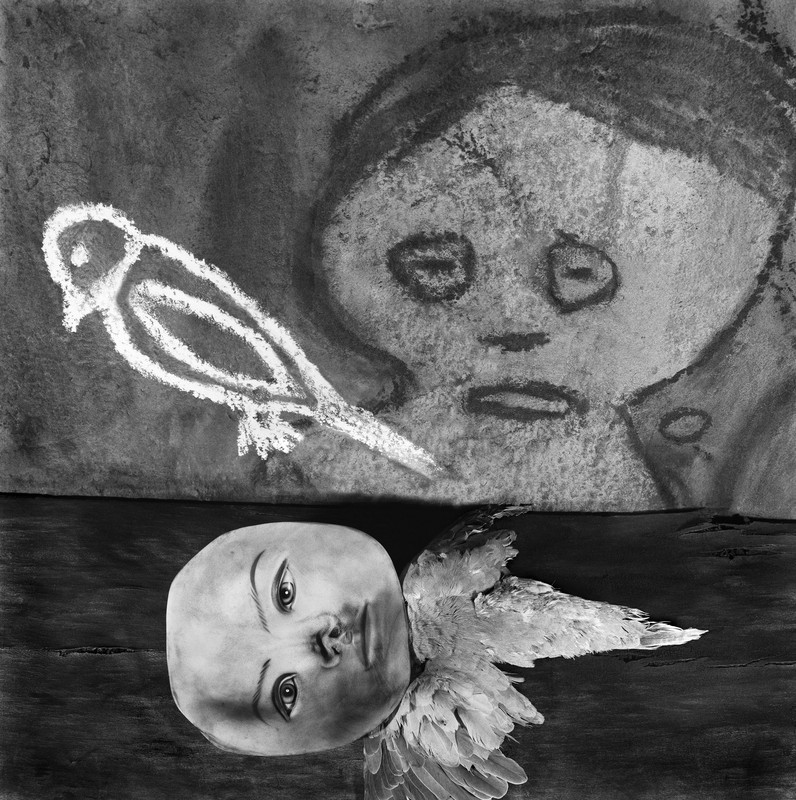 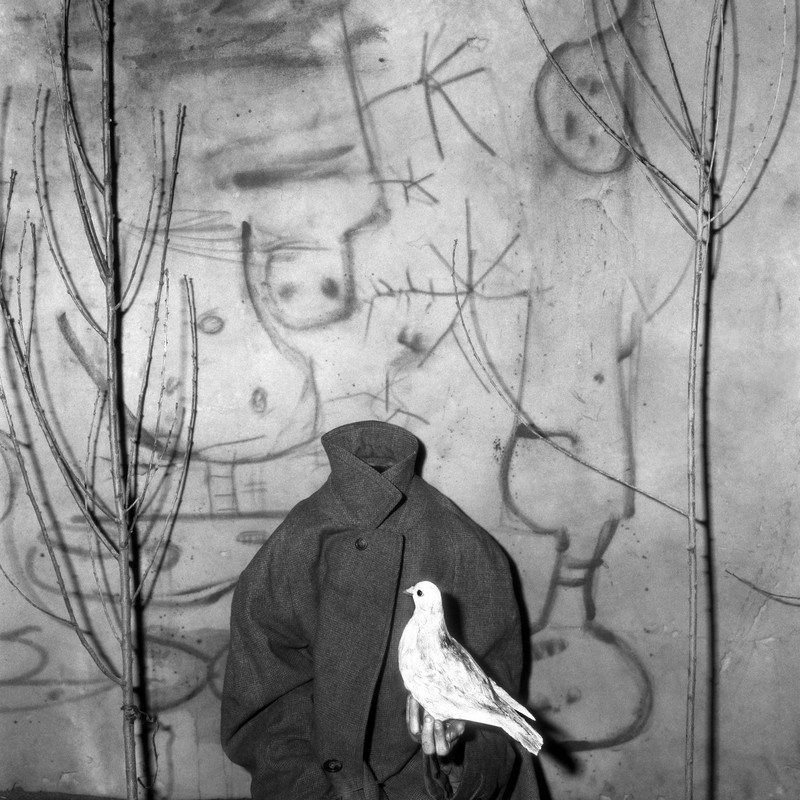 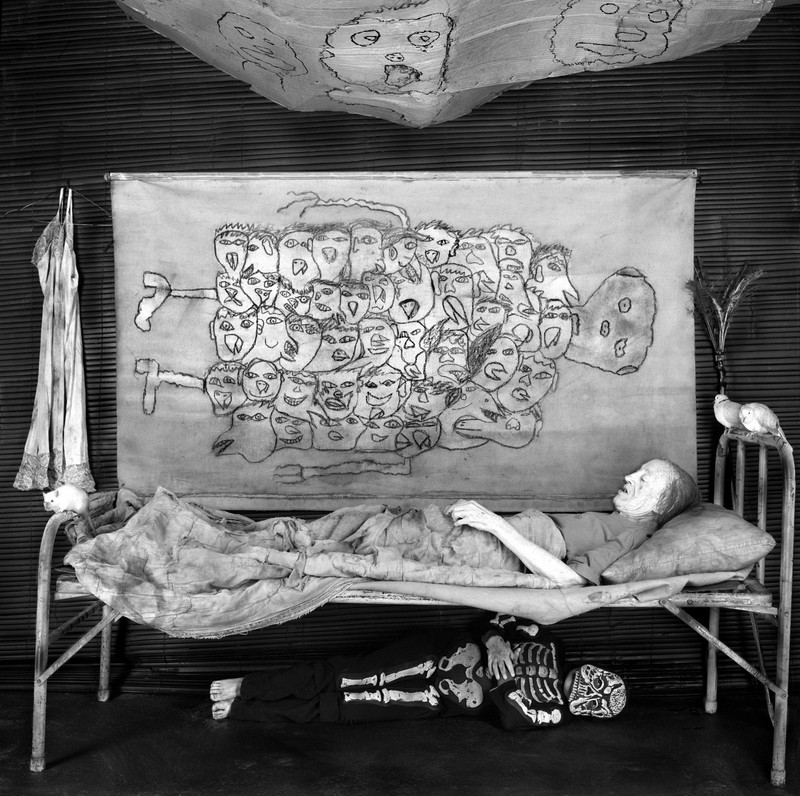 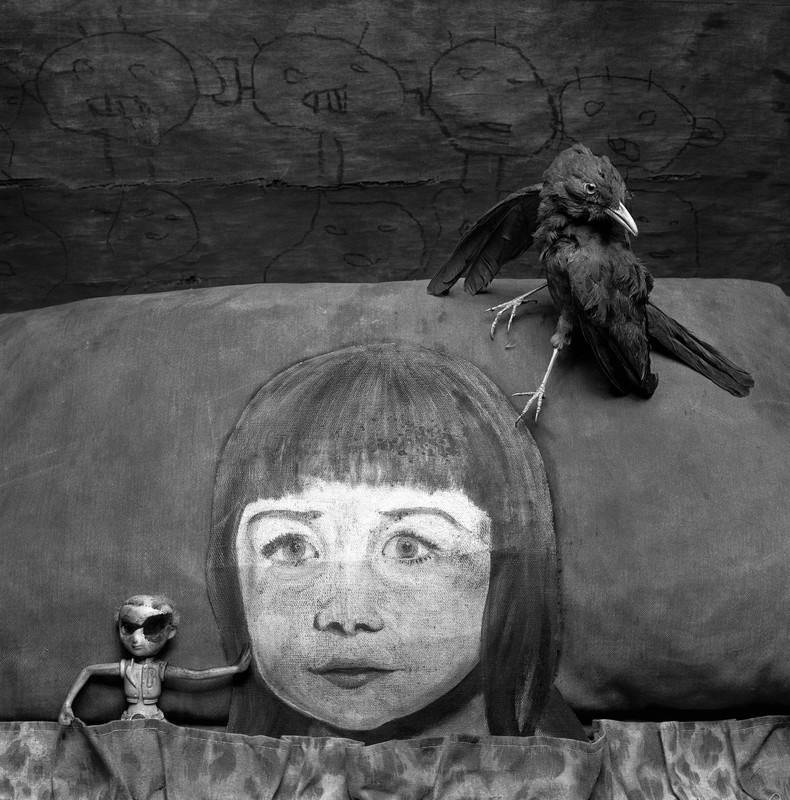 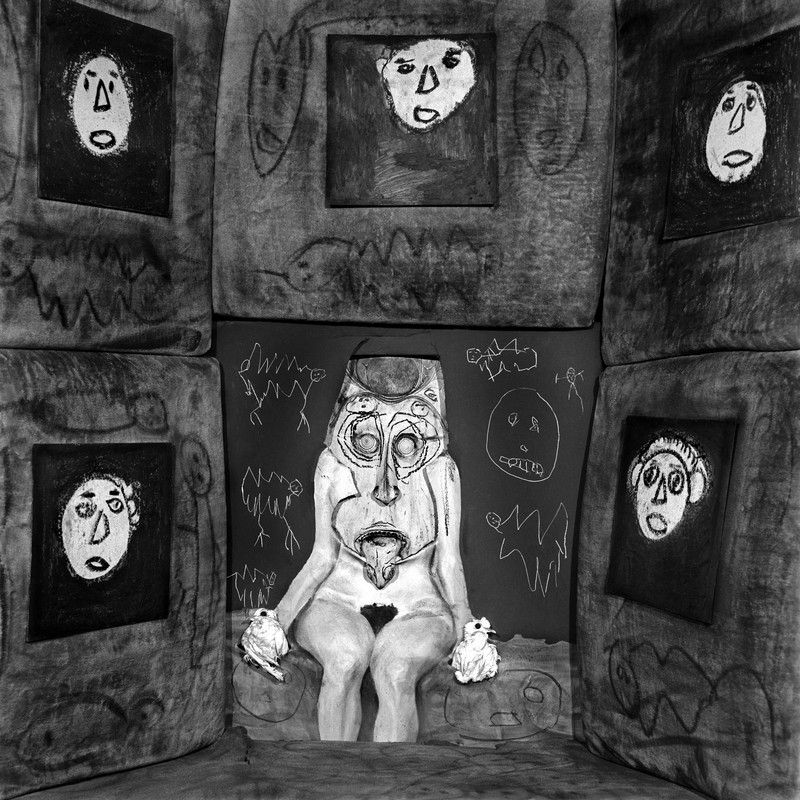 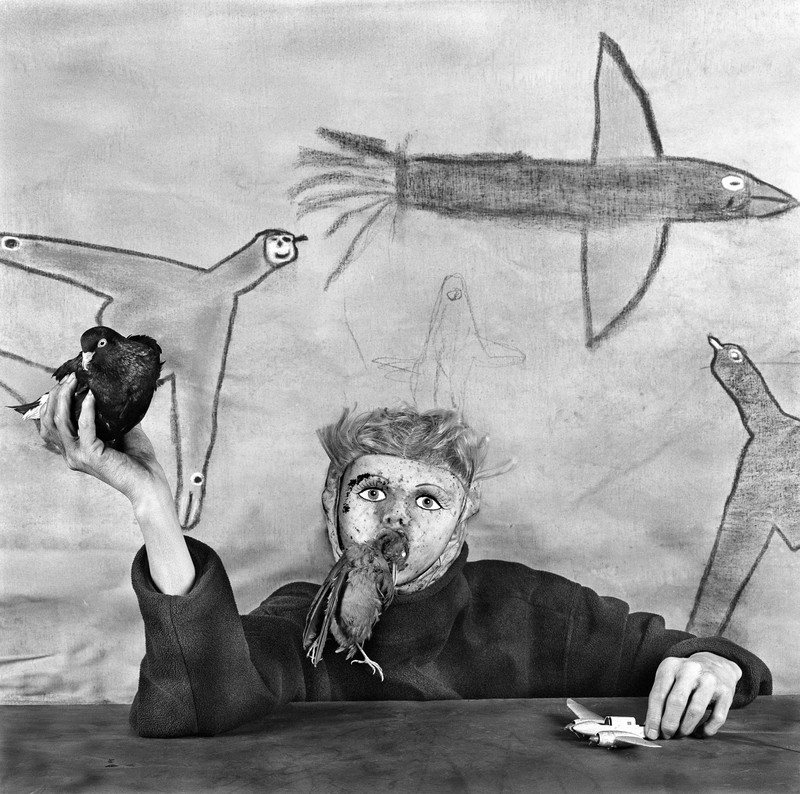 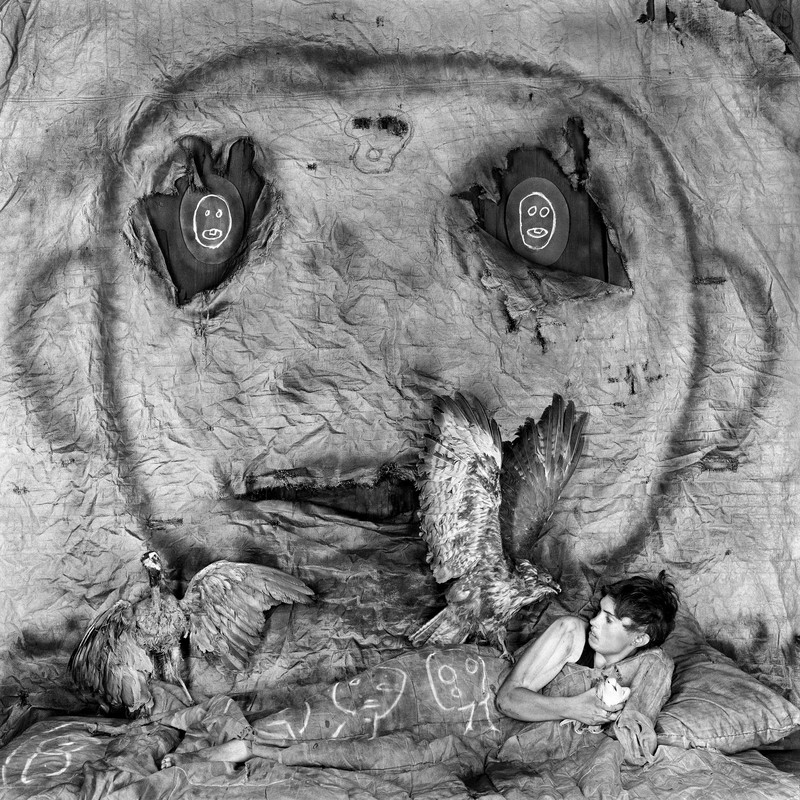 Roger Ballen
Threat
2010
Archival inkjet print on paper (Hahnemühle)
Ed. 5
90 x 90 cm / 35 1/2 x 35 1/2 in
Galerie Karsten Greve is pleased to present a comprehensive solo exhibition of works by the photographer Roger Ballen, who was born in New York in 1950, but has lived in South Africa for more than 30 years. The show focuses on his most recent series, entitled Asylum of the Birds.

These photographs are taken mostly between 2008 and 2013 and capture dreamlike, nightmarish scenarios of complex symbolism. The underlying, often improvised mises-en-scène were all staged in a house on the edge of Johannesburg, using both the occupants and the animals that surrounded them as protagonists. The dirty walls, dented cartons and stained cloth drapes of the desolate interiors form the backdrop to actions that are largely performed by birds. Known since Antiquity as a symbol of the soul, the bird is deployed by Ballen too in its embodiment of an unrestrained urge to freedom in order to depict the unconscious. The imponderable unease and surprise that go hand in hand with this, the element of suddenness and uncontrollability that lies in the continuous movement, enhances the unreal effect of the stage-like arrangements, in which there is always an immanent psychological element. Cryptic drawings of Ballen himself or his subjects appear as codes for the incomprehensible and unpredictable, enhancing the tension.

In Ballen’s creative understanding of himself, the image or the idea is already present in the unconscious and cannot be traced to any origin. On a practical level, the artist, starting out from an object, a person or a casual situation, is concerned to produce a chain of relationships and thus some sort of order, a rational structure between heterogeneous elements. The pictures that we actually have are a result of numerous decisions, like the countless strokes of the brush in a painting or the precise choice of words in a poem. Ballen sees himself as ‘an organizer – organizing visual chaos into coherency.’ While the composition, the captured image, represents a commentary on the contradictions and fragility of the human condition, it cannot be given any unambiguous interpretation. Thus Ballen states: ‘My pictures do not inform, they are coherent commentaries on the chaos of an incomprehensible world ... If I could determine the meaning of the pictures, they would be nothing but mere photographs.’

Ballen therefore devotes himself to the image in its enigmatic quality of dream, vision, hallucination or fantasy, so that his scenarios, as symbols, point beyond themselves and towards archetypal forms that relate to universal human experiences and are carved into the collective unconscious. Ballen’s private mythology derives from an existential need to challenge his own puzzling identity. Unimpressed by the distinction between reality and imagination, his photographs transcend pure (documentary) photography and generate highly charged pictorial worlds that undermine the boundaries between fiction and documentation, dream and reality, delusion and objectivity.

As he has distanced himself from the faithful depiction of reality and turned towards the image as manifestation of a mental or psychological state, there has been a change in the means he employs. Increasingly we see the focus on drawing, painting and graffiti. While in the portrait-oriented views, Ballen’s human or animal protagonists stand in front of walls strewn with their own graphic traces and spontaneous markings, as extended characterization of themselves, so to speak, such statements have by now become features in their own right and appear independently of any visible reference subject like chimaeras on curtains, walls, and cardboard cartons. As if carried out by some invisible hand, these drawings fuse with the protagonists, recalling both the Surrealist technique of écriture automatique, the Art brut aesthetics of Jean Dubuffet and the graffiti photographs of Brassai. By integrating drawings, pictures of newspaper cuttings, painted likeness on cardboard that are then held up to the models, he gets close to the technique of photomontage or indeed collage. The shallow perspective is punctured by strategically placed three-dimensional elements. Body parts, fragments of dolls, bent clothes hangers, snakelike coils of electric cables and animal bones open up the flat arrangements and generate many-layered compositions.

These photographs integrate painting, drawing and installation and in so doing step beyond the boundaries of photography. The ambiguity of the work links it to the plane of theatre and language, particularly since the individual compositional elements, which come across as ciphers or encrypted symbols, receive their significance within a superordinate context, knowledge of which is inaccessible to the beholder. Here, Ballen takes up a ‘Theatre of the Absurd’, linking existential questions with a comical de-signification of language as a conventional means of communication. In spite of his experimental approach and the numerous references created by the works, there is continuity in Ballen’s uninterrupted use of the medium of black-and-white photography, whose minimalism, abstraction and subtlety he values. His unrelenting adherence to the square shape also shows that Ballen employs a fixed format in order to guarantee an equal exposure and emphasis of each element in his settings.