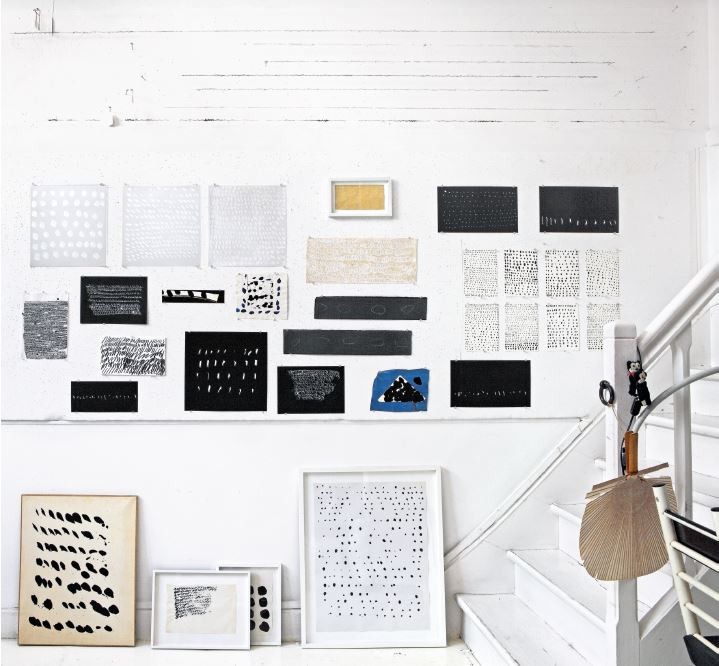 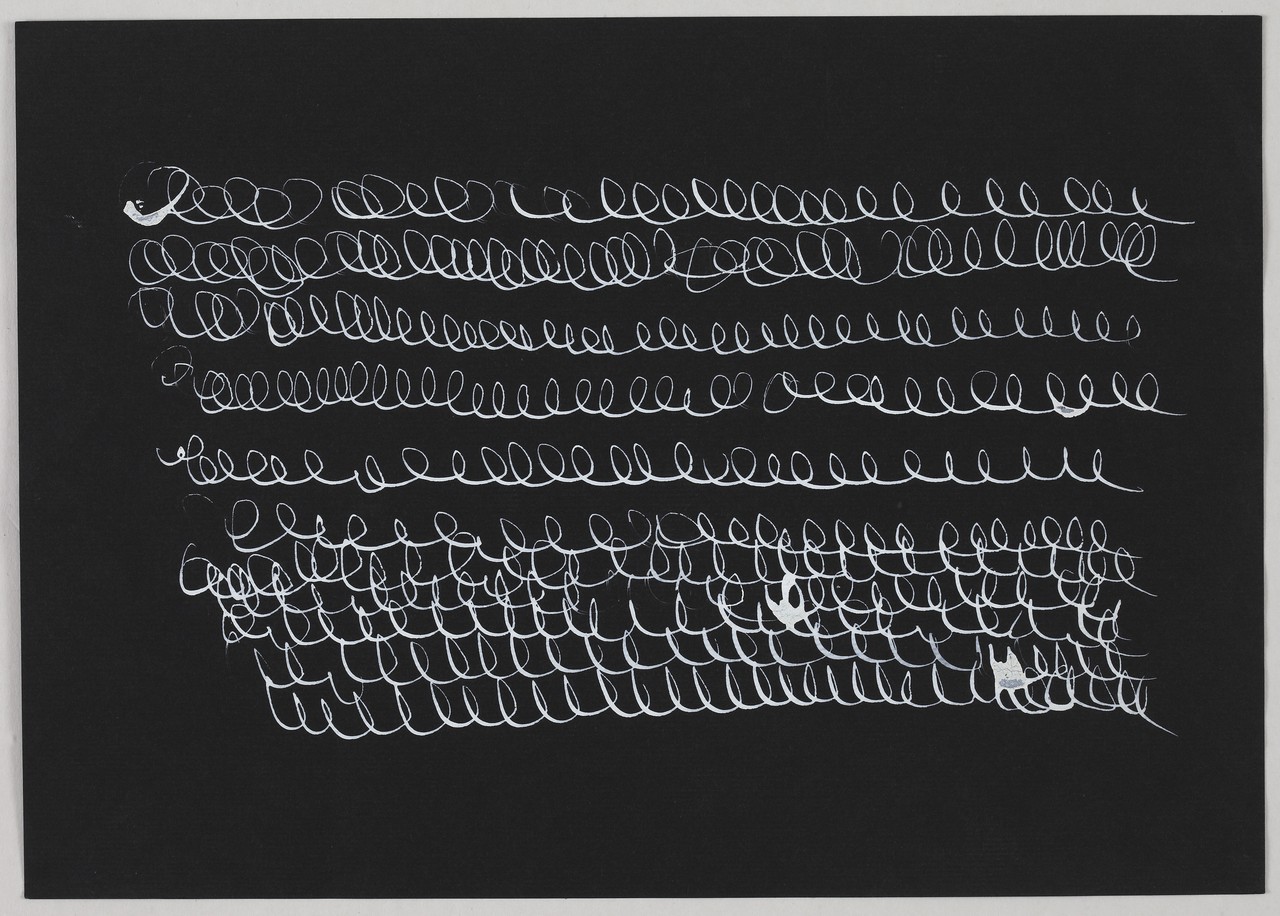 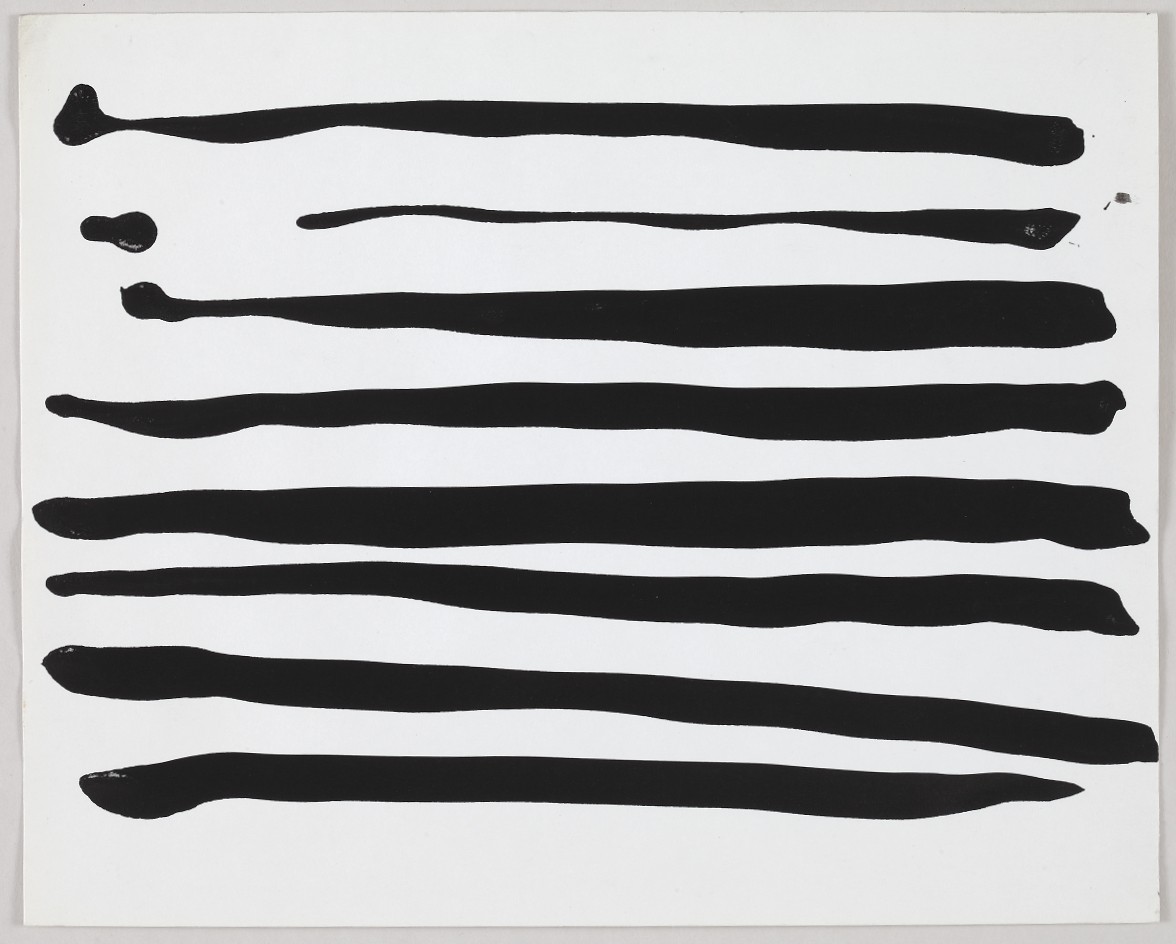 Pierrette Bloch
Untitled
1987
Black ink on paper
20 x 25 cm / 7 3/4 x 9 3/4
N° C.1127
© Pierrette Bloch
Courtesy Galerie Karsten Greve Köln, Paris, St Moritz
Photo : Adam Rzepka
The Galerie Karsten Greve is honoured to present the exhibition Un certain nombre d’œuvres, a retrospective on the work of the iconic French abstract artist Pierrette Bloch.
The exhibition pays homage to an artist who first came to prominence in the 1950s for the subtlety and elegance of her creative explorations. Starting with the collages of the 1970s, moving on to the well-known ink-on-paper works, whose linearity echoes the famous horsehair Lines, and concluding with the drawings on hardboard, the exhibition highlights the impressive breadth of Pierrette Bloch's extraordinary artistic undertaking.
Pierrette Bloch (born in Paris in 1928) has created a body of work that is deeply rooted in draughtsmanship, reflecting her own sensitive feel for the art of drawing. Her work is based on the repetition of a creative act that is never quite the same – an untrammelled act that seeks out spontaneity and happenstance. The three-dimensional horsehair Lines are powerful visual statements, part sculpture, part drawing, the hand-knotted horsehair forming slashes of texture punctuating the drawing, echoed on the wall by their own shadows. The visitor experiences the hanks of horsehair as moments of stasis as the thread unspools against the white wall like a Japanese haiku on a blank page.
Rarely straying from the horizontal plane, she uses simple materials such as ink, crayon and pastel to compose a pictorial score of silences and soaring solos, pauses and ostinatos, unexpected jolts and meditative passages. In the works in Indian ink on paper – materials she began to use systematically in 1971 – the traces of ink and the surface of the paper left blank are imbued with equal worth, the whole owing its artistic value to the relationship between black and white, plenitude and the void. The forms produced by a series of constantly repeated creative acts that never quite yield the same outcome extend across space in an endless combination of multiples, challenging our understanding of time and space. The resulting oeuvre is almost in suspended animation, its expressiveness in abeyance.
Black, the dominant colour in Pierrette Bloch's compositions, makes its mark on the medium, shimmering in a limitless palette of hues arising by chance – a drop of water more or less here, a slight tremor in the fingers or a slightly heavier stroke of the hand there. The vast sense of freedom resonating in these works lies in the rhythm of forms, the shifts in tonality within a strictly limited palette, and the variations on a given symbol, which is almost aggressive when the brushful of ink or the crayon seeks to stamp its own identity on the rough surface of the hardboard.
Pierrette Bloch's more recent works explore the pleasures of white, using white ink on tracing paper to play with the fluctuating hues of a (non-)colour most commonly associated with the void. In Bloch's works, however, the void should never be taken at face value. It always has its own weight in balancing the composition, with a presence that is almost physical. White has also taken the place of black as the colour of action, engaging in role play with the past: the paper is now black while the pastel, chalk, and white ink symbols unscroll delicately across its surface like the tracks of birds. The artist's touch has become lighter. Her drawings are reduced to the purest essence while retaining all their vitality, with the works of 2015 and 2016 in white on black paper introducing a new note to her oeuvre altogether.

Pierrette Bloch (born in Paris in 1928) lives and works in Paris and the village of Bages in south-western France. After studying with André Lhote and Henri Goetz in 1947 and 1948, she held her first exhibition at the Galerie Mai in Paris in 1951. In 2005 she was awarded the Maratier Prize by the Fondation Pro-MAHJ. Her works are held in major international collections including the MoMA, New York, the Yokohama Museum of Art, Japan, the Stedelijk Museum, Amsterdam, the MAMCO, Geneva, and the Eilat Museum, Israel. Many of her works can also be seen in French collections such as the Fondation Louis Vuitton pour la Création, the Musée d’Art et d’Histoire du Judaïsme, the Centre Pompidou, and the Musée d’Art Moderne in Paris. In 2014, the Museum Pfalzgalerie in Kaiserslautern, Germany, hosted the solo exhibition Pierrette Bloch – Punkt, Linie, Poesie and the Musée Jenisch in Vevey, Switzerland, paid homage to her with the first retrospective of her artistic career, Pierrette Bloch: L’intervalle.