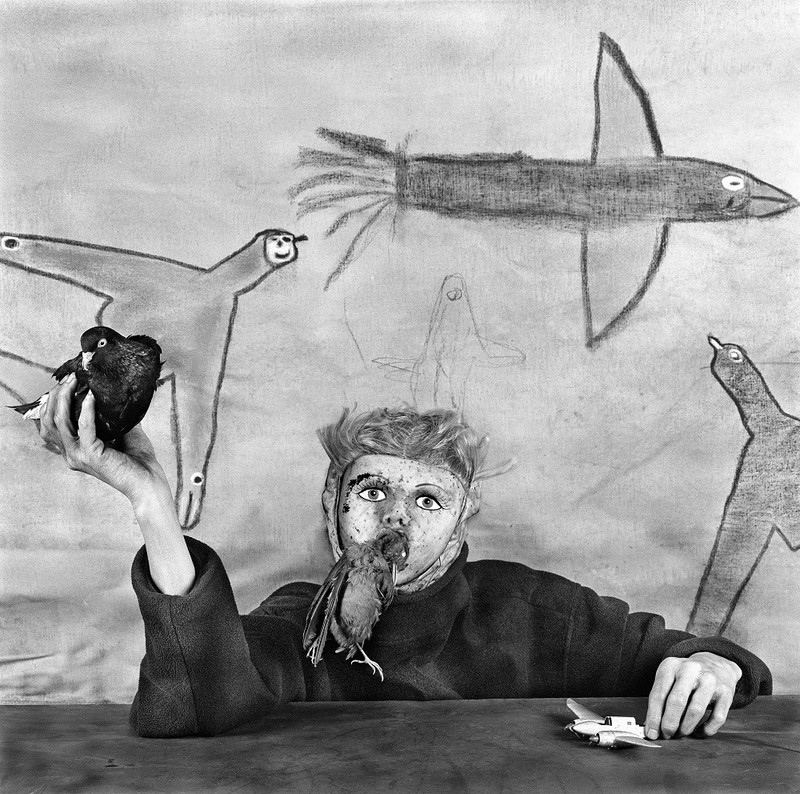 Galerie Karsten Greve Paris is pleased to announce the exhibition Asylum of the birds devoted to Roger Ballen, one of the most recognized and innovative photographers of his generation. Taking its title from the most recent series by the artist, this exhibition marks the beginning of the collaboration between the gallery and the New York-born photographer, who has been based in South Africa for over thirty years. Dedicated exclusively to the last body of works by Ballen, the exhibition presents photographs depicting our deepest emotions.

Asylum of the birds is the culmination of a journey to develop a singular aesthetic that defines Roger Ballen. Photographed in Johannesburg, the pictures in this series show an absurd reality where man and animals not only coexist, but also cohabit in the true sense. No hierarchy, no order is detectable in this world of abandonment and boredom in which subjects seem to have lost all self-awareness. Though Roger Ballen’s first photographic projects in South Africa were more documentary, this intention gradually disappeared to give way to a real aestheticism of the subconscious.

Drawings play an important role in the photographs of the exhibition. Created by the artist or sometimes by the subjects themselves, lines and marks drawn on walls reflect the involvement Ballen has for other art medias as well as his fascination for street art and graffiti. Besides drawing the background of the scene and participating in the composition established by the artist, these signs evoke not only the work of Brassaï, for whom walls were the witnesses of life, but also that of artists such as Miró, Basquiat and Dubuffet. The drawing in which images passes more or less as an afterthought, aims to evoke something deeper - something archetypal and even profoundly obscure.

Dedicated to black and white photographs and being a master of this media, Roger Ballen uses his camera to define something both indescribable and radical: the psyche. Images are first set up and then photographed and are intended as the manifestations of the most hidden levels of ourselves. Archetypes rise to the surface, more or less abruptly, and are prevalent in the images. Birds become the symbol of the primordial impulse that is at the origin of our less conscious thought: in this sense, Asylum has the duel meaning of a place of refuge and a place where madness predominates. As a geologist, Ballen goes through the layers of the human mind in search of the core.

The son of a Magnum Photo editor, Roger Ballen became involved in photography at the age of thirteen. After graduating with a degree in psychology in 1972 from the University of California, Berkeley, he did a PhD in Mineral Economics, which he completed in 1982. It was at this point that Ballen decided to buy a 6x6 Rolleiflex. The square format of this camera, defines all his photographs as it is the perfect form in which all dimensions are equally represented. As mysterious as they are explicit, the works of Roger Ballen invite epiphanies, moments enabling visitors to grasp the inexplicable.

Roger Ballen was born in New York in 1950. In 1972 he obtained a degree in psychology at the University of Berkeley and completed a PhD in Mineral Economics in 1982. In the 1982 he moved to Johannesburg where he lives and works. His first photography book, Boyhood was published in the late 1970s, followed by Dorps in 1986, Platteland in 1994 and Outland in 2001, among others. His most recent series, Asylum of the Birds was published by Thames & Hudson in March 2014. Among his many awards, he was winner of the Rencontres d'Alres in 2002 and the Art Directors Club Award in 2006. His I Fink U Freeky video won the award for best video at the Portuguese festival Short Vila do Conde International Film Festival in 2012. Roger Ballen's works are included in several of the most important contemporary art collections in the world, including the Tate Britain collection and the Victoria and Albert Museum in London and the Maison Européenne de la Photographie in Paris
www.galerie-karsten-greve.com