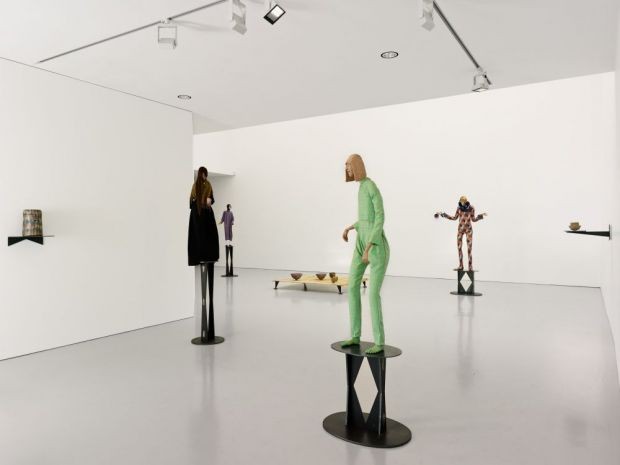 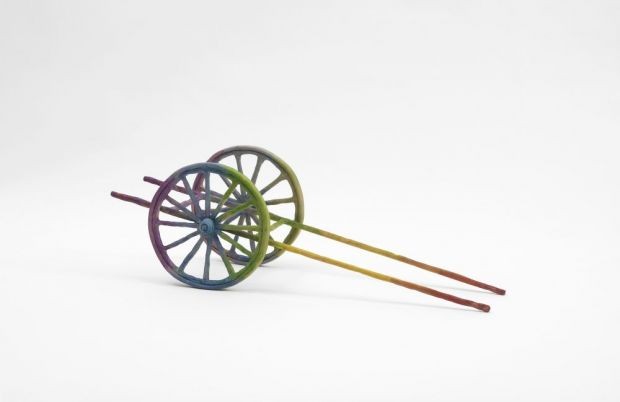 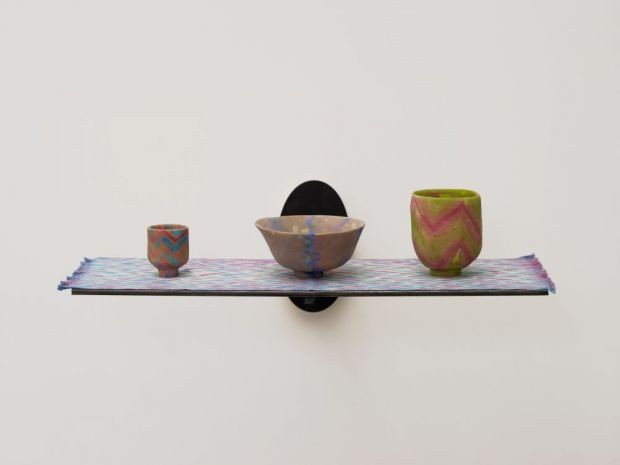 Kate MacGarry is delighted to announce Francis Upritchard's fourth solo exhibition at the gallery. Since her first exhibition in 2003, Traveller’s Collection, Upritchard has experimented with the theme of display, evident in her sensitive and considered arrangements of figures, glasswork, textiles and ceramics.
Upritchard's new, larger-scale figures occupy a world that is at once medieval and futuristic. These painted sculptures, or, perhaps, sculpted paintings, draw on the gothic tradition of Erasmus Grasser and Lucas Cranach as much as contemporary folk and psychedelia. They are slanted archetypes such as the withered fool or the haute couture blind man. They are silent and meditative, familiar yet distant. Despite their elusiveness, they abound in presence.
Francis Upritchard, born 1976 in New Plymouth, New Zealand. She represented New Zealand at the 53rd Venice Biennale, 2009, and solo exhibitions include; Mandrake, The Douglas Hyde Gallery, Dublin, 2013, Potato Poem, MIMOCA, Japan, 2013, A Hand of Cards, Nottingham Contemporary, UK, 2012, A Long Wait, Contemporary Arts Centre, Cincinnati, 2012 and In Die Höhle, Secession, Vienna, 2010.
www.katemacgarry.com