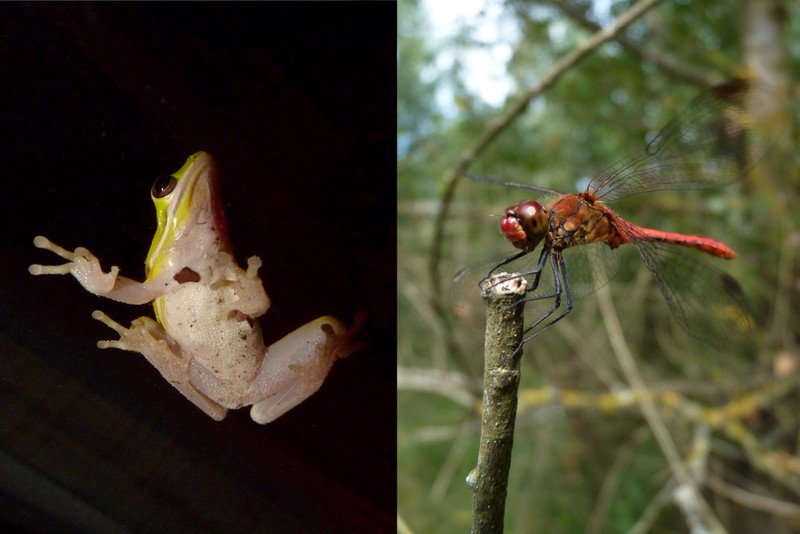 This new body of work draws on themes Coates has developed with his previous performance pieces, in which the artist acts as a conduit between the human and animal worlds.
While ancient cultures relied upon their animal counterparts for spiritual strength and practical purpose, the modern human has little interaction with untamed nature, real or imagined.
The territory animals once inhabited in our collective imagination has been replaced with new more familiar myths and totems.
Coates’ sculptures, photographs and videowork exploit this disconnection. They seek to establish new associations. Mundane objects are re-imagined as exotic and distant animals. Twenty two scaffold boards come to represent all of the Albatross species, each standard sized board, coincidentally, being an accurate match in length to their wingspans.
Inversely, remarkable species become tools for pragmatic processes, like problem solving. A short looped video of a Spotted Eagle Ray, filmed off the coast of the Galapagos Islands, becomes a functional aid. Coates suggests being in proximity to the footage will allow one to find pragmatic solutions to a specific problem through an association with the symbolic attributes of that animal.
These objects and images have become unlikely proxies for a variety of species and their potential significance. An endeavour that seeks to reconcile our familiar, measurable reality with the elusive spirit of an unknowable other.
Marcus Coates, born 1968 in London, lives and works in Malvern.
Recent solo exhibitions include; Skills Exchange: Urban Transformation and the Politics of Care, a project for the Process Room at the Serpentine Gallery, London, Implicit Sound, ESPAI 13, Fundació Joan Miró, Barcelona, both 2011, Questions & Answers, 2010, Kate MacGarry, London and Psychopomp, Milton Keynes Gallery, 2010.
Talk 3pm on Saturday 10 March 2012 at the gallery; Marcus Coates will talk to Giovanni Aloi founder of Antennae: The Journal of Nature in Visual Culture (www.antennae.org.uk)
Antennae was founded in September 2006 by Aloi (currently Editor in Chief), a London based Lecturer in History of Art at Queen Mary University, Roehampton University, The Open University and Tate Galleries. Antennae is not a traditional academic publication but a hybrid which, over the past five years, has widened participation to the debate on the subject of animal and environment in Visual Culture. Through an editorial approach mixing academic essays, fiction, feature articles, interviews and the use of high quality images, the Journal,has become an international point of reference (read in 67 countries) for art connoisseurs and enthusiasts, artists, animal lovers, curators, academics, students and general public alike.
www.katemacgarry.com