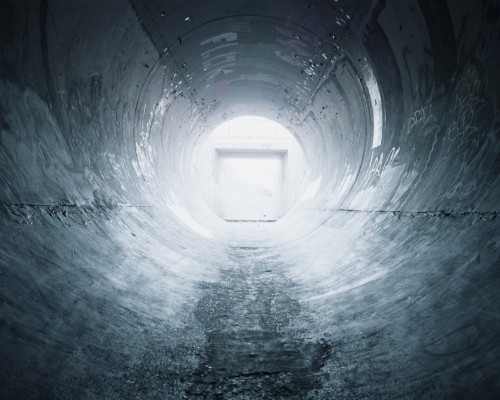 Kavi Gupta Gallery is pleased to present a new series of photographs by Los Angeles-based artist Melanie Schiff. Her latest exhibition titled The Mirror presents the artist’s first solo exhibition in Chicago since her inclusion in the 2008 Whitney Biennial.

Melanie Schiff has become known for her constructed narrative photographs that are imbued with a poetic use of light to explore ideas of spirituality as well as personal and collective experience. Schiff’s previous photographs spanned classic genres of portraiture, still life and performance as they found their footing within multiple histories of photography. Often subtle references to youth culture and popular music came to the surface and objects like empty beer bottles, CD cases, and record covers became minimal forms which were arranged and manipulated placing them within a mystical happening.

The photographs that make up The Mirror maintain this spiritual aura that enveloped the previous work along with a personal anthropological study of ones’ surroundings but now from a more solitary perspective. An almost science fiction type quality is evoked by the lack of the figure and the alien landscape that ranges from a natural environment to depictions of manmade architecture. The photograph titled Mastodon shows a large field in which an odd fallen or uprooted tree eerily resembles the petrified body of this extinct mammal. Several photographs depict long corridors, canals and drain pipes covered in graffiti that lead to a white light or a geometric shape heading into another anonymous structure. The repetition of this motif references a narrative that involves a birthing story that may be a human birth, the beginning of the world or a new world altogether.

The mirror provides a personal reflection, albeit distorted, a semi-truth. This filter parallels that of the camera as a skewed lens. What can be contextualized by its surroundings is edited and disjointed by the act of cropping and matting. The photograph Cave Painting depicts a closed in view of a river wall. Scuffs, cracks, residue and debris create a minimal abstracted image reminiscent of a primitive painting. These marks, along with the recurrence of graffiti and the repetition of circles and triangles become symbols that feel as though they have been left for us to decipher.
www.kavigupta.com